It's a girl thing

These vanities must have been popular here in the west. I see them from time to time, in various states of disrepair. Usually the drawer is missing, or the arms or both. Legs barely keeping upright.

This is the first I've seen with all its parts. The strange black stripes made me think of the burned edge furniture so popular in the 70s. 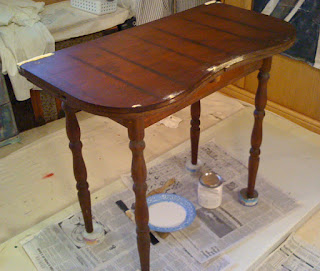 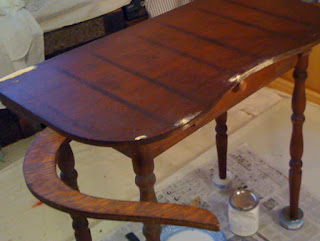 I dove into painting with my handy chalk paint but the stripes bled through. I did a couple coats then got out the primer. Now, this is the same primer that didn't keep the 'pink' from bleeding through my empire desk. I thought it could do this.

Really? Again? Can this primer cover anything? 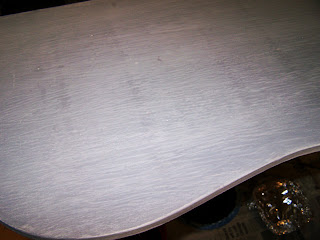 See the lines coming through? They also felt "spongy" for lack of a better term, like they would never dry. I really want to tell you what brand this primer is so you can avoid it but I'm afraid some big corporation will swoop down on me with nefarious intent.

A Northwest paint company, Rodda, has a primer they promised would cover and seal anything. They were right! One more coat and I was good to go.

It's a sweet little vanity. I don't know why someone burned scars into it.

Here it is now, the cute little thing. I considered adding lace curtains to the arms, but after seeing a few pictures on the internet, I decided the fabric would make my little vanity look dumpy.

It is heading to my booth this morning. 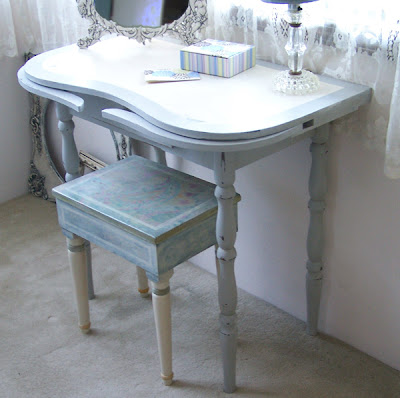 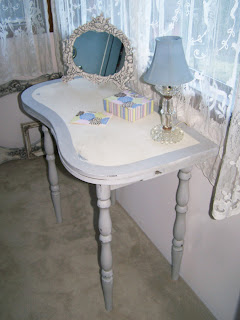 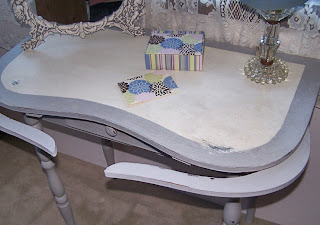 And then, just for fun - someday I'll get a camera with the sketch function. Meanwhile I'll go Old School with Photoshop. 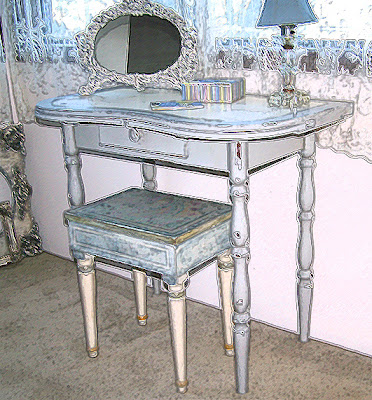 Have a great weekend!
Linking up to these creative folks
funky junk interiors
redoux
miss mustard seed
finding fabulous
my repurposed life
my 1929 charmer
restore interiors
Posted by Daena from Bad Rabbit Vintage at 7:23 AM