Have you ever had one of those pieces....

I've noticed over the years of being a graphic designer that when a project goes of the track, it generally stays that way. My empire style desk is one of those pieces. It was one thing after another, from start to finish.

Here it is when i first dragged it home. I found it at a bizarre yard sale. I almost passed up the sale because it was down an alley and I couldn't see the end. The alley opened up to a field full of furniture. Since it was the 3rd day of the sale there wasn't much of any value left. But I spied this desk, then saw an old dresser with awesome hardware. $11 later I was heading home with both pieces feeling quite proud of myself.
Such a frugal junker! 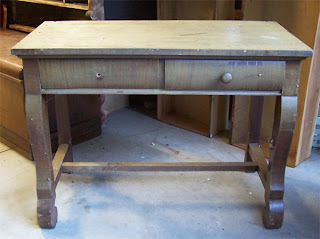 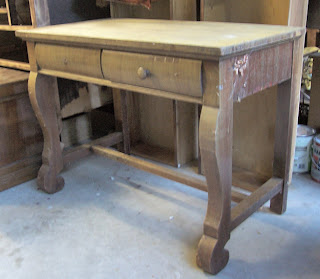 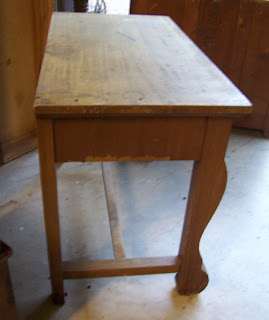 There was a lot of veneer damage but other than that it was a nice solid desk. I fixed the veneer and brought it into the house to paint. While I was fixing some little holes the desk saved me from serious harm. A solid wood door that was leaning against the wall came crashing down. The desk took most of the hit - I'm so glad it wasn't my head. Yikes. 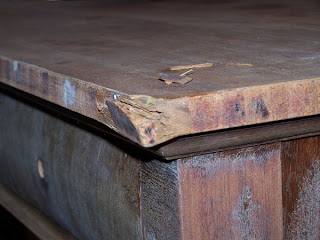 I rebuilt the corner and painted it with Old White Milk Paint. And did another coat because pink was bleeding through. And another coat followed by another coat. Still the pink bled through. (Notice the repaired corner? I felt pretty good about it, considering it was my first time performing
reconstructive surgery.) 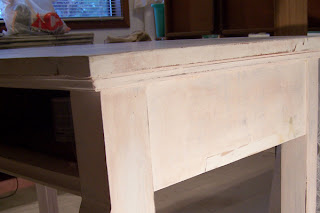 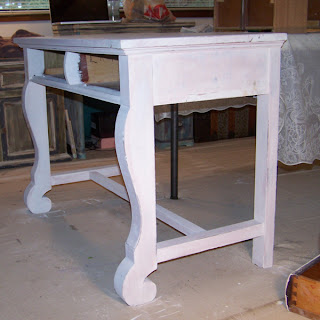 I googled and found that it might be old stain bleeding through. So I put on a coat of oil-based primer. Then I got down to the business of taping out my pattern and painting. When I pulled off the tape the paint came with it. I couldn't get paint to stick to the primer. I was using blue tape so I tried the turquoise tape. The paint still pulled off.

Finally I got out the Frog Tape that I was 'saving' because it is so expensive. Saving for what for Pete's sake? The Frog Tape was perfect. It gave me perfect lines and didn't pull off any paint. I was impressed.

Good thing it worked as I was about to huck the desk out a window. Finally the desk is done, in all its harlequin glory!

I love you, Frog Tape! 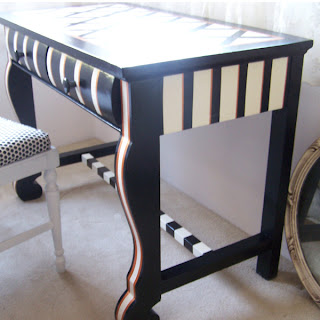 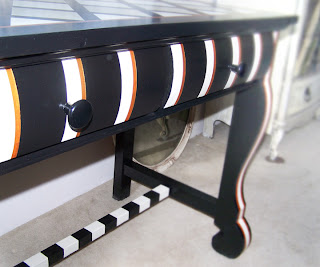 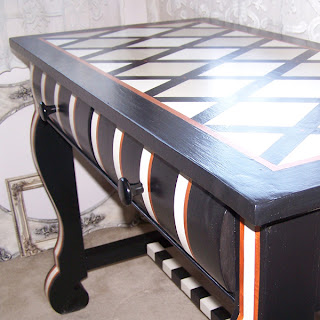 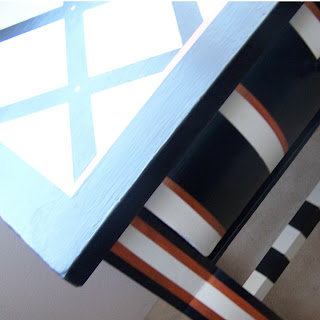 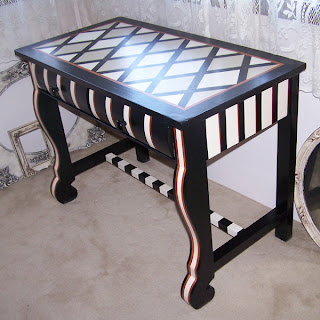 Done, done, done. I was so ready to be working on the next project. What is it? Here's a sneak peak. 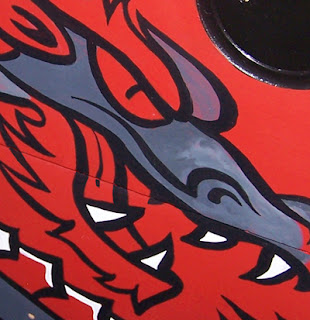