I go by this house every day and wonder what happened? Where is the family? Will anyone try to save the house?
It's standing empty and the front door was kicked in when I stopped to take pictures.
When I went back to photograph the front I found the doorway covered with plywood. It pretty much ruined any chance of taking good pictures. (That and having to stand in the middle of the road.) The kicked-in door, hanging from a hinge, had mystery and intrigue. A big sheet of plywood is just sad and boring. Or is it? After all, it tells a story too.


This house is one of the last surviving historic homes built in the Applegate Valley back in the late 1800s.That's one of the reasons it kills me to see it left to rot away. There are 4 other houses still standing in their original state. They are being used and are in good condition. Another couple of the old homestead houses have been remodeled over the years but are still recognizable from old photos. Descendants of the original homesteaders still live in them. 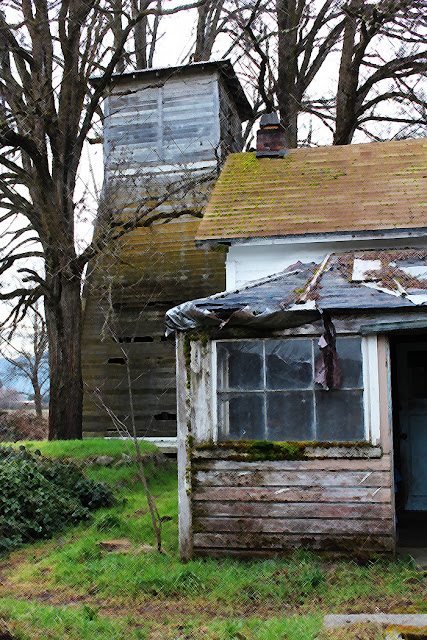 Derelict houses have a certain beauty. I've wanted to photograph them for years and now I'm finally 'just doing it.' I'm not a "photographer" but I'm not going to let that stop me anymore.

There are a handful of water towers still standing in the area. I've seen a couple converted into guest houses, how fun is that? Except for the 100 steps up to the bedroom, that is. 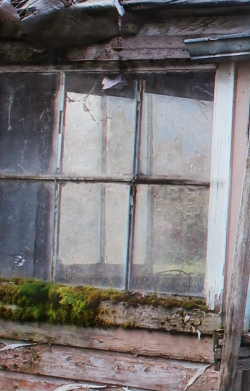 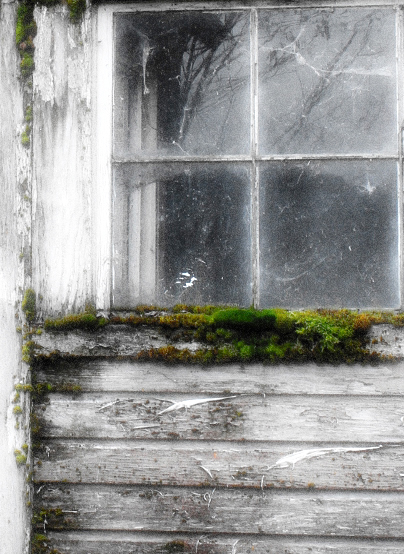 The windows in old houses pull at my heart-strings, I am completely drawn to them. Maybe it's the bleakness?


Here's a picture from a history book, just to let you see what the front looks like. I believe this picture was taken in the 80s. 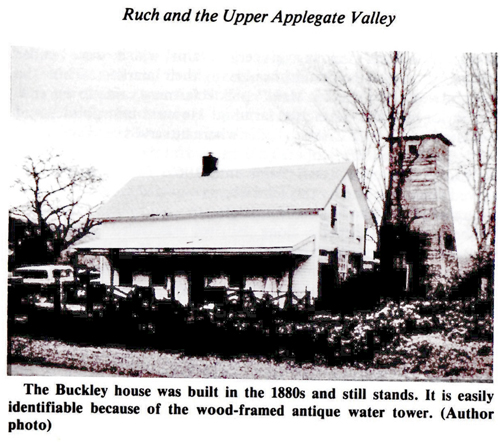 I'll keep hoping someone decides to save this house. I think it's a matter of economics - to bring back a house like this would cost a fortune. But still, I keep my fingers crossed. 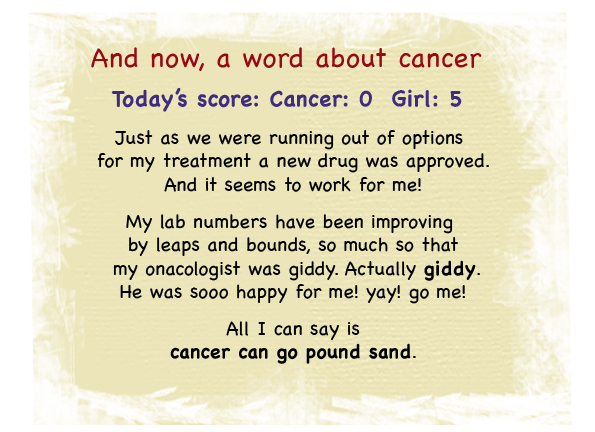 Sharing with:
under the table and dreaming
nifty thrifty things
between naps on the porch
the gunny sack
pjh designs one of a kind
the dedicated house
redoux interiors
Posted by Daena from Bad Rabbit Vintage at 6:17 AM