While glue or paint was drying on the jelly cupboard I redecorated the eastern half the guest bathroom. I guess I'm working my way around the room but I didn't plan it that way. It just kinda started happening.

Years ago we got rid of the wallpaper that had ducks wearing giant blue bows around their necks running around the perimeter. It was cute for about a minute. We got rid of that and then didn't do much of anything to the bathroom until I got
a wild hair a few weeks ago.

I had to change things up. The beige walls, beige windows, beige carpet (sigh), beige cabinet and the boring glass tub enclosure had their days numbered. I was a woman with a plan. A half-baked plan but none the less ...... 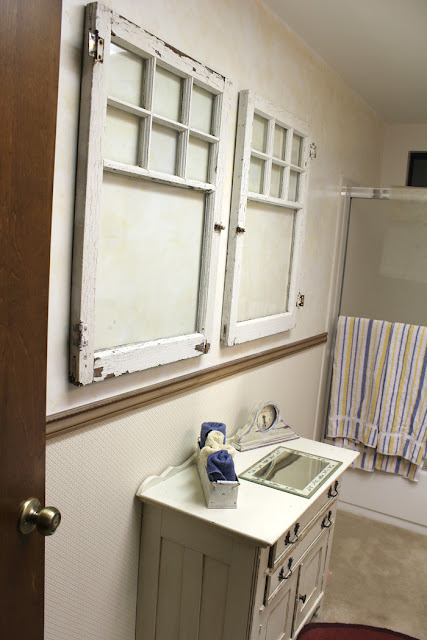 I didn't take a picture of the first step because at the time I didn't know it was a first step. I had a collage of white frames and mirrors up on the wall, but it just didn't work and I didn't want to struggle to get it right. It would have involved repairs and spackle and molly bolts and I prefer old windows anyway.
So we're starting here with Step 2. "Adding Color."

Notice that the bathroom is carpeted? All the bathrooms were carpeted. Why would someone do that? Was it a fad in the 80s? When I do the other half of the bathroom, this carpet is a goner! 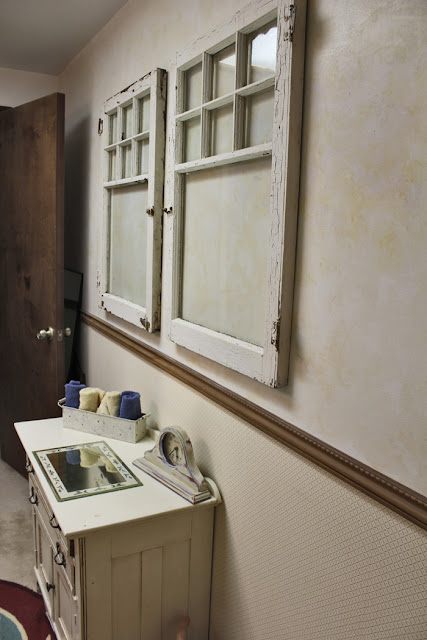 This is one bland room, really bland. 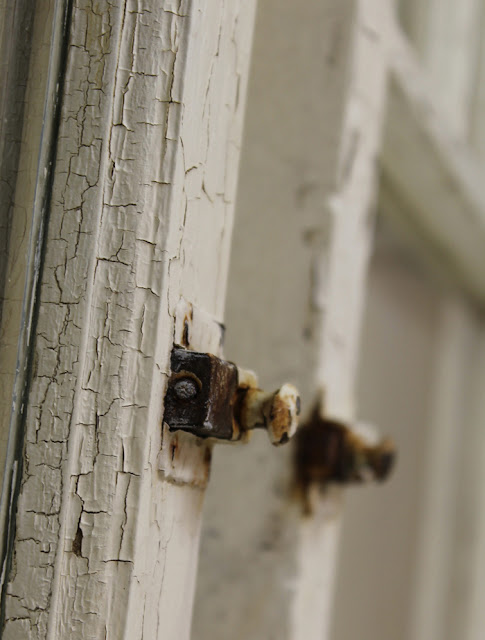 Until you look closely, 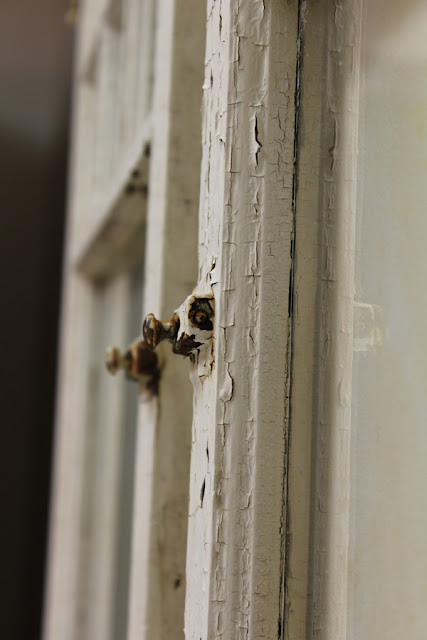 and see that the windows are chippy perfection. 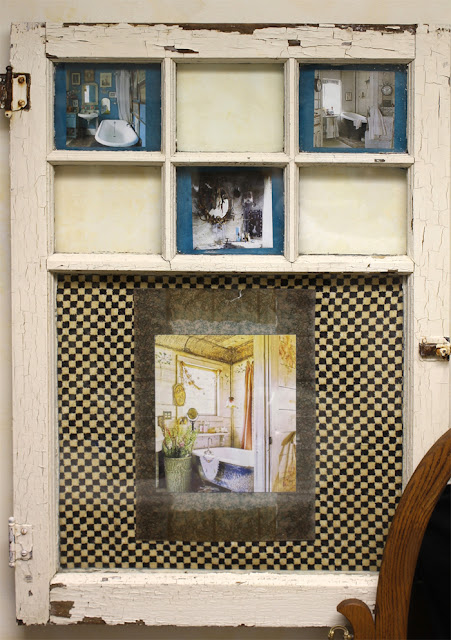 I found some images of bohemian bathrooms and put them behind the windows, 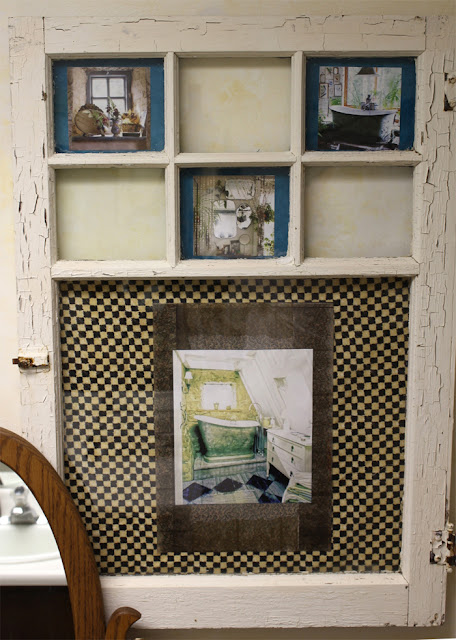 along with some checkerboard fabric that reminds me of Alice in Wonderland. I would love, love, love to paint a large harlequin on the floor just like the photo. Has anyone painted wall-to-wall carpet? Kidding. 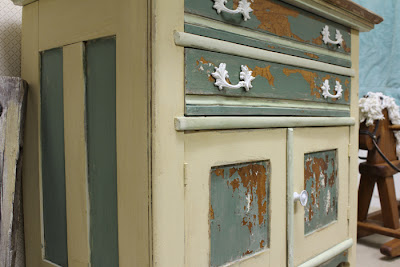 Out came the Milk Paint. 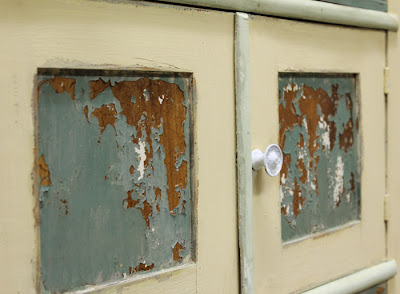 With all its unpredictable chippiness. 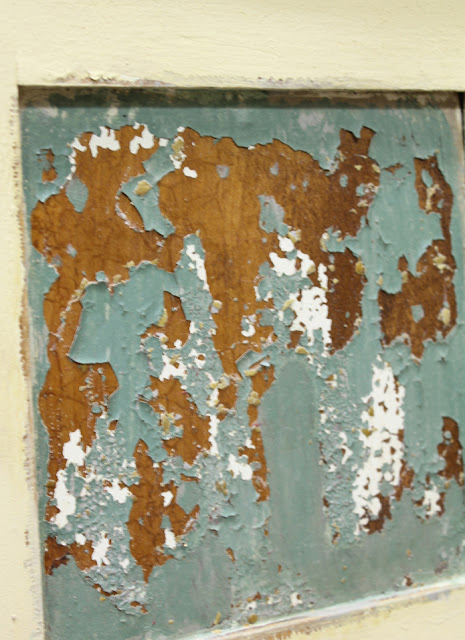 I didn't have any of the bonding agent so all I could do was stand back and yell "Stop! Stop!"
Wow, did it ever chip! I might redo it, I haven't decided yet. My MMS bonding agent arrived today so I just might ....... 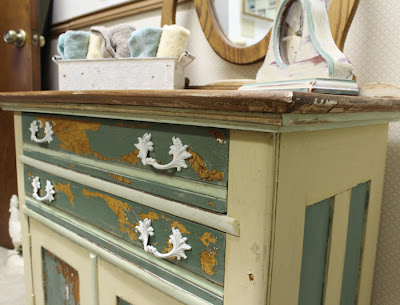 Interestingly, the drawers didn't chip as much. And the body of the cabinet had only one wee chip and a few scraggly spots around the door frames. 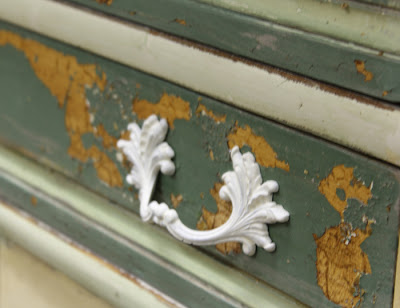 I thought stark white pulls would be nice against the distressed paint.
I'm liking it so far.

So, has anyone seen the note cards

that feature a penguin, standing with 1000s of penguins,

belting out the song "I've Got to be Me!" 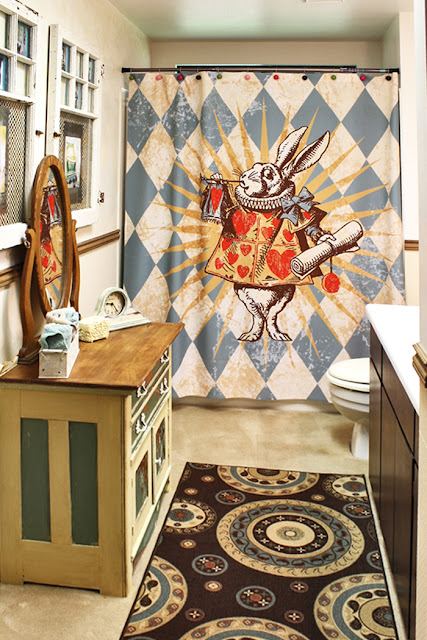 Yep, I've got to be me. And Holy Cow, take a look at the size of that rabbit!

The White Rabbit and Beatrix Potter's Fierce Bad Rabbit were my inspiration in naming Bad Rabbit Vintage. I love images of them both. And while the rabbit on the shower curtain isn't the actual White Rabbit, it's still fun.

I don't know that this shower curtain will stand the test of time but for now it puts a big, goofy grin on my face. And that goofy happiness is a real weapon against Stupid Cancer! 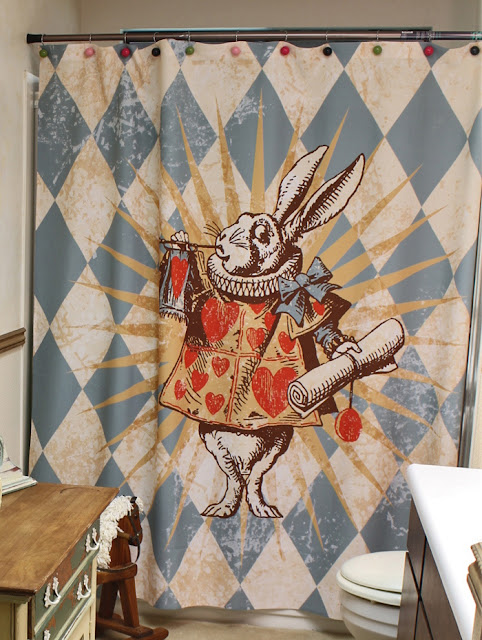 Who even knew there were shower curtains made for us White Rabbit fans? 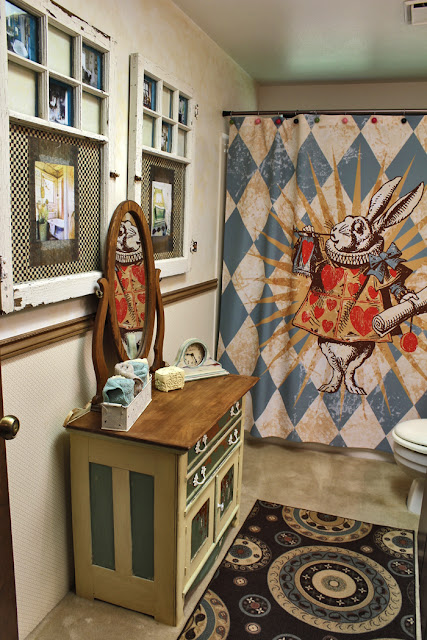 Well, I said I wanted color, right? Some visual interest? 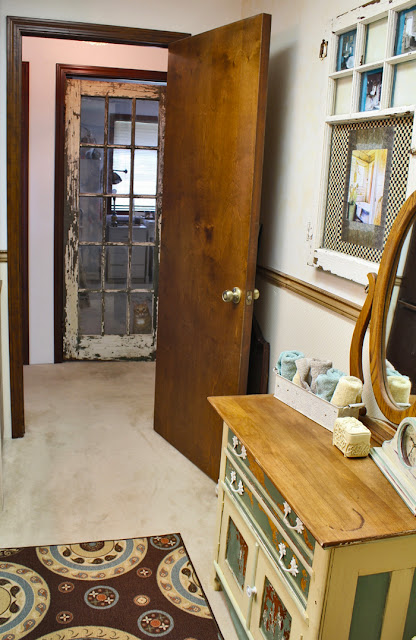 Here we're looking back across the hall to my workroom. Wait, what's that?
Let's zoom in. 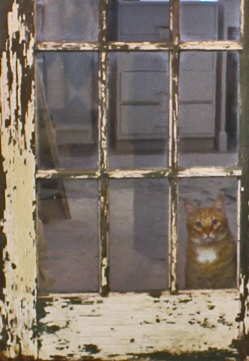 Huh. Inspector 19 looks to be locked in. Silly boy. Always where he shouldn't be.

So, just to wrap it up - here's the before and after wash stand which pretty much summarizes the entire bathroom re-do.

Hopefully it won't take me forever to do the other side of the bathroom. But I can't forget I want to redecorate the utility room and get rid of that ice cream cone wallpaper trim! Unlike big White Rabbits, it DOES NOT put a big goofy
grin on my face. 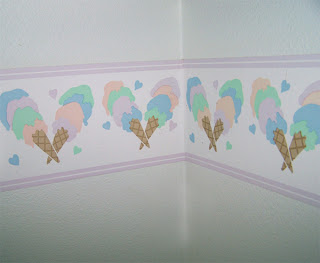