The 3 day countdown before my first outdoor show.

Was I ready? Hell NO!

Was I stressed? Not by then.
I was way past stress and seriously into numb.
I wasn't even fazed by the little annoyances:
Paint pulls off with the tape. Thank you Delicate Surface Frog Tape.
Prep work goes hideously wrong. Ohhhh. Wish I'd just left that alone.
The surprise from left field. I'm sure there was more of this paint the LAST time I used it.

And the biggest time-stealer:
Hobbling around on a broken foot!

Time ignored my whimpering and just marched on.

Here's the mess I had two weeks ago. Mr. Bad Rabbit has been pretty patient, understanding, resigned about this. 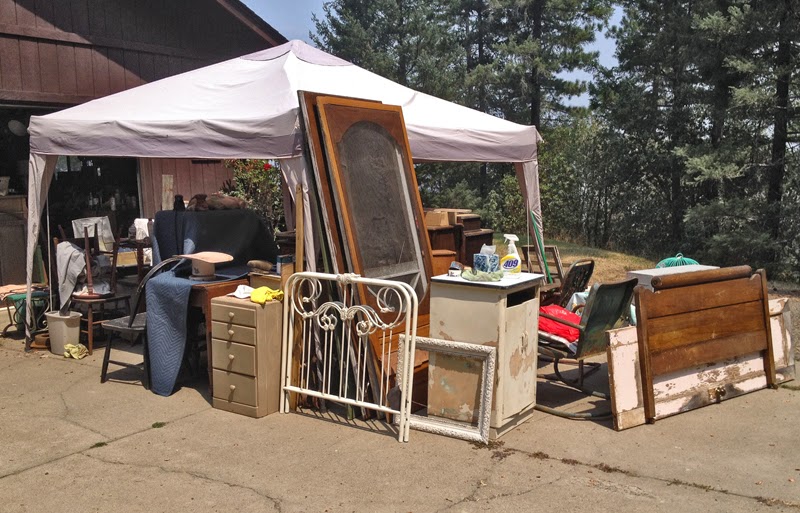 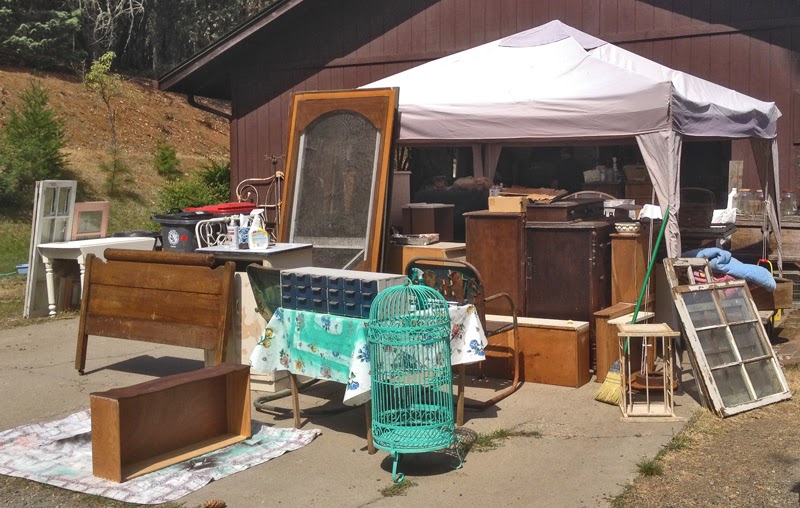 And it looked pretty much the same until I pulled everything away that wasn't going to make the cut and took stock of what was. I'd been worried about filling the booth and it turned out I had too much stuff. Well, that's a good thing. I could fill in as things sold. 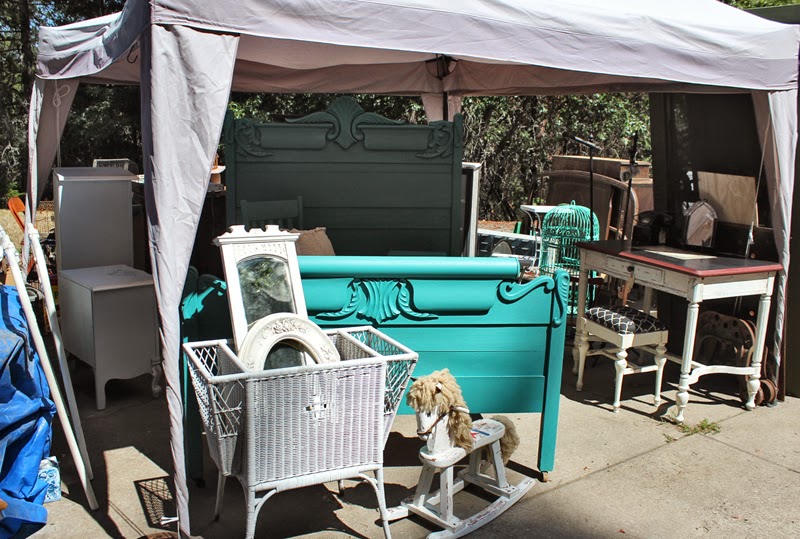 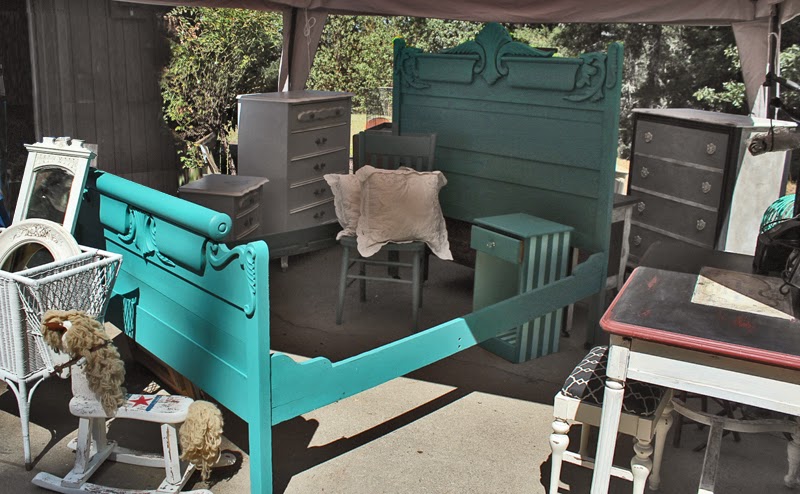 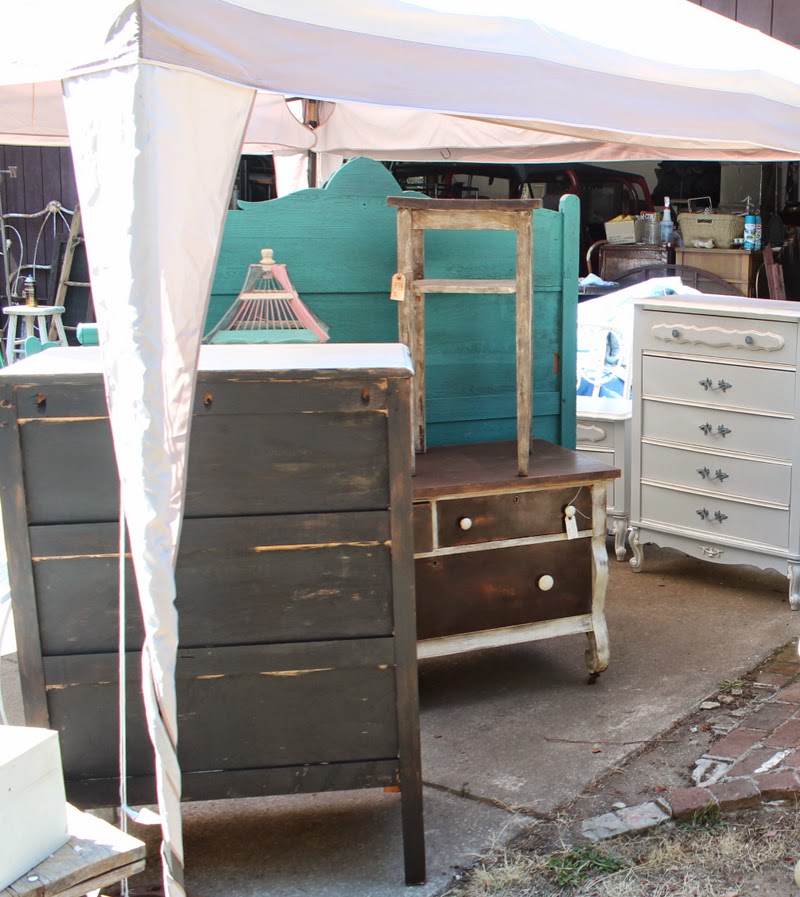 Thursday
The trailer got loaded, ready to go to Shady Cove, which is about an hour from here.

Friday
We set up and my poor foot really rebelled. 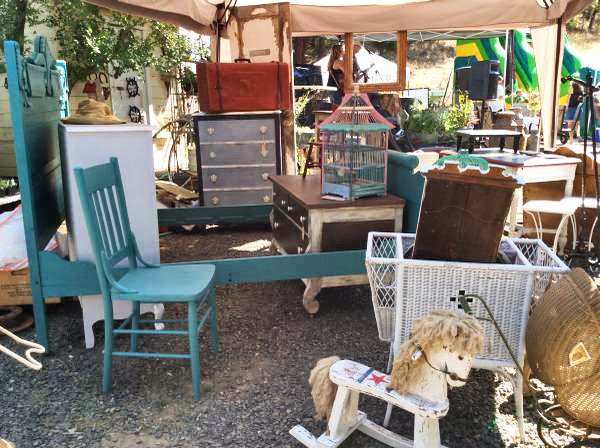 This is the booth set up and ready to go. It is very true to my practice staging.

We had a HORRIBLE turn of events. My friend Sioux, whom you know from other adventures, was in a serious car wreck on her way to the show. Mr. Bad drove out to help her and be her advocate with the first responders and THEN, because he's a saint and all (just ask my girlfriends! I'm always being told this), he volunteered to give up his weekend plans and run Sioux's booth at the show. Sioux is going to be fine, by the way, but she is really banged up. Her car, unfortunately, is going to the great junkyard in the sky. 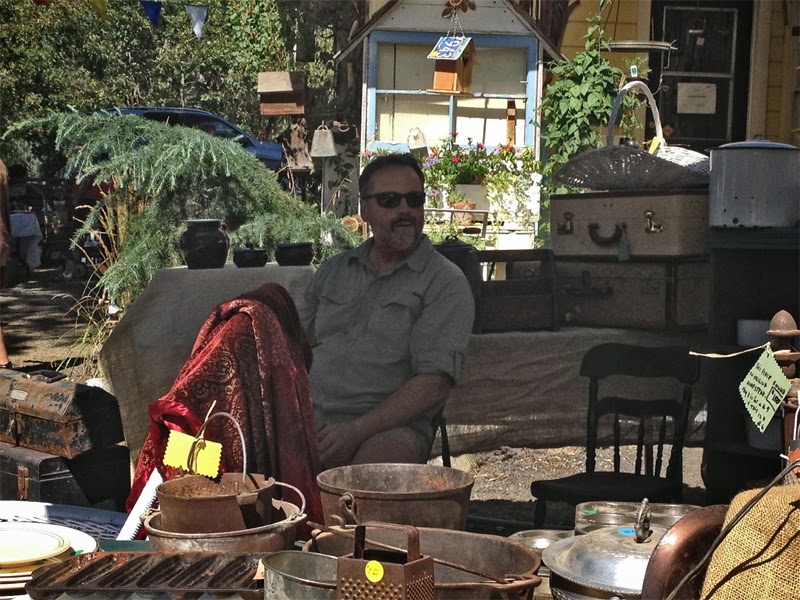 Sioux's booth was next to mine but with my broken foot it would have been difficult for me to hobble back and forth helping customers. Mr. Bad Rabbit would rather eat a bag of hair than attend an antique show so I felt very grateful for his help. He did manage to have fun, helping people, delivering donuts, chatting with customers. He even saw guys he knew. Plus, we got to be together all weekend! 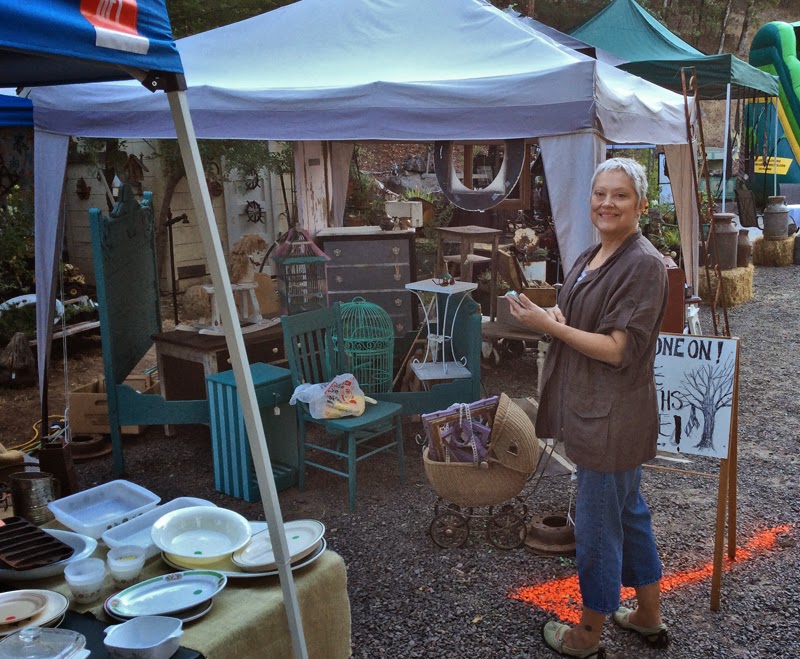 Sunday morning before the sun even came up and I'm already texting.
Mr. Bad bought donuts and went around offering them to the vendors. He was everyone's hero. Another vendor made coffee for everyone. Are all shows like this, where there is such camaraderie among the vendors?

And then it was over and we were packing up. My broken foot was grateful. I'd been elevating it and applying ice whenever I could but it still looked like a swollen cartoon foot.

Update
Which is worse? Before Loading or After Unloading. yikes
There's a song lyric about
"the woe of aftermath"
I totally get it. 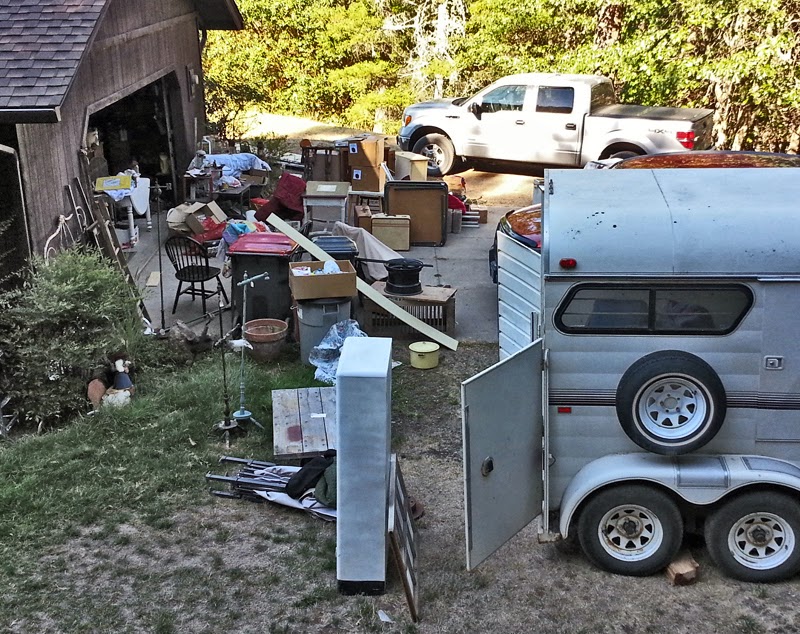