This? And kittens, too? 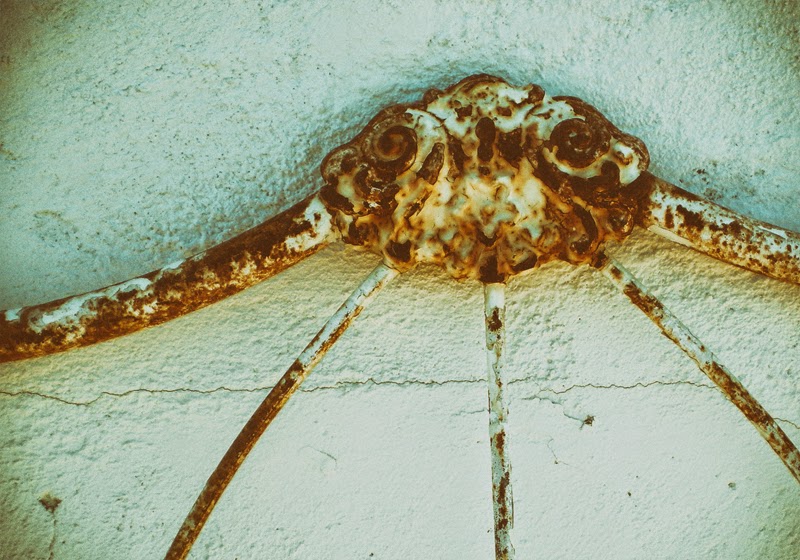 How did I come to get this wonderful bed? And kitties too?
It was just part of a recent three-day assault against common sense. This is Day Two. Out of order, but there you go.

Leaving all common sense behind. 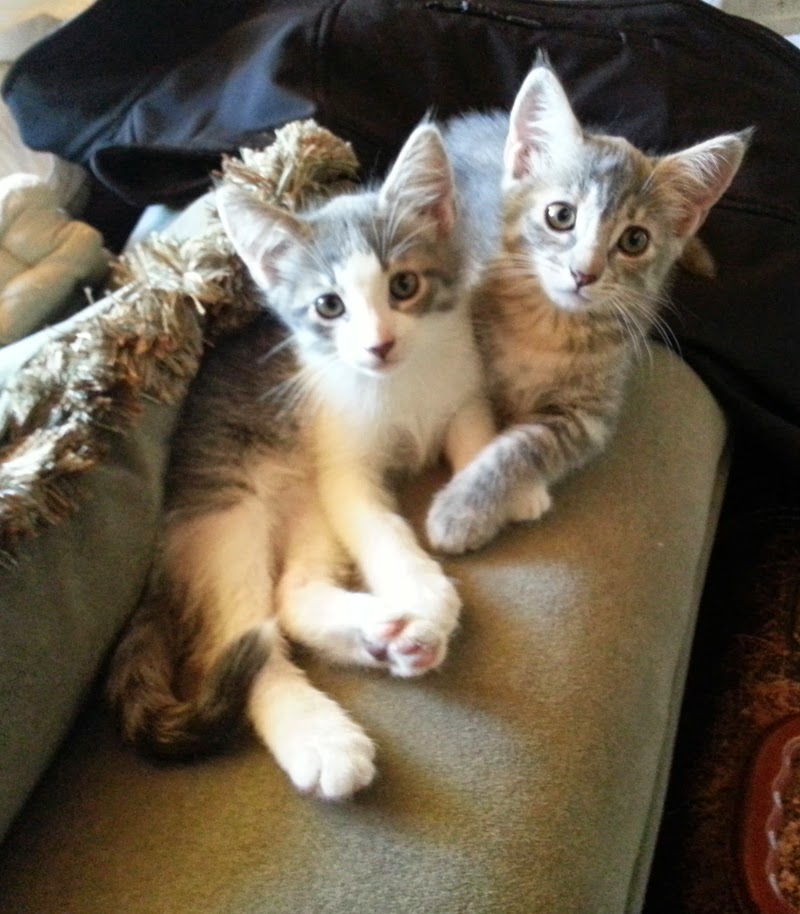 Are those the faces of chaos? You wouldn't think so, would you? Unless you know what lies behind those cute faces. Mayhem. I'll go ahead and add Panic and Pandemonium to the mix.

I signed up for it eyes wide shut.

It started out all so normal.

We were getting KITTENS! My friend Sioux came with me and we headed south.


There is such a thing as dumb logic and we proved it.

It seemed like a really terrific idea to take Jasper with us because the town we were going to was almost 2 hours away. He'd have 2 hours to eat get used to the kitties on the way home. 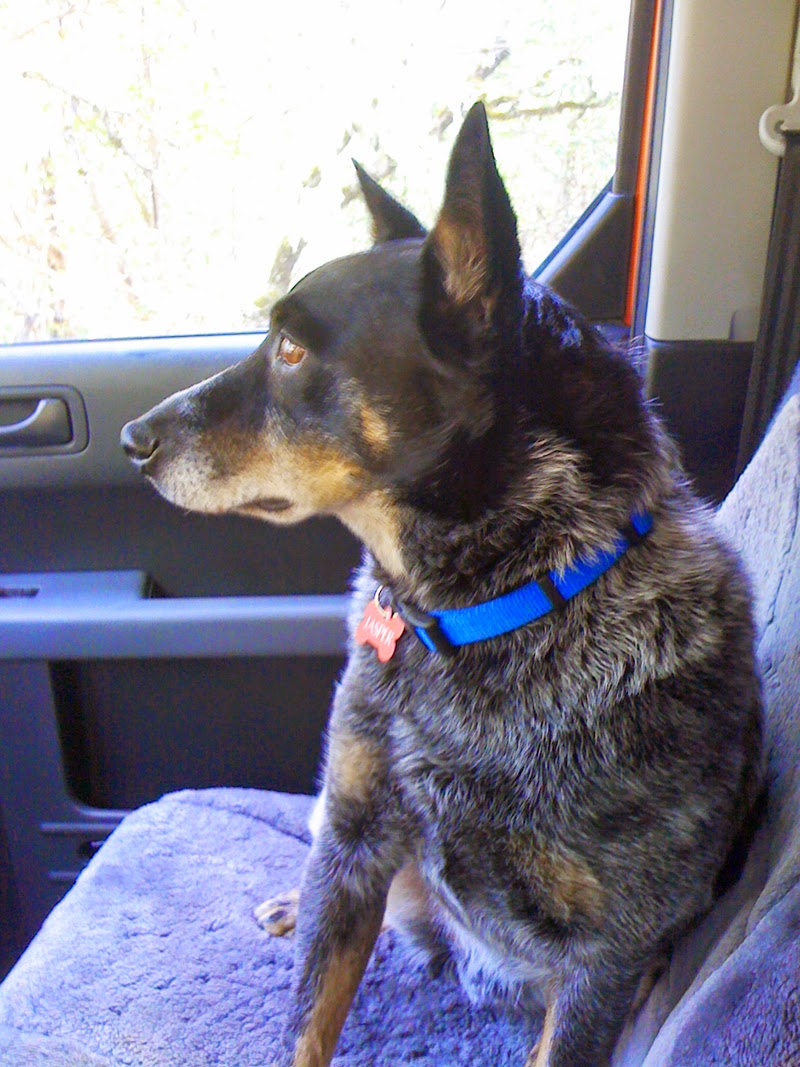 Oh yeah, that was some of our best thinking.

All the way home the dog kept trying to flip the carrier over. Sioux held it down which sent Jasper into a tizzy and he used that energy to tear apart my window shades and chew up everything else he could grab. Little bits of fabric and puff ball were floating around the back of the car. Nice.

We stopped to get food and to get a bone to distract Jasper and I had to laugh. Our bags of groceries, hats, purses, GPS, drinks and kitten food were piled (spilled) between us because Sioux needed all the room she could behind the seats to maneuver the carrier. I told Sioux that it looked like we’d driven to Arkansas and back. The long way.
The car was a wreck.

And the kittens? Slept through the entire drive. 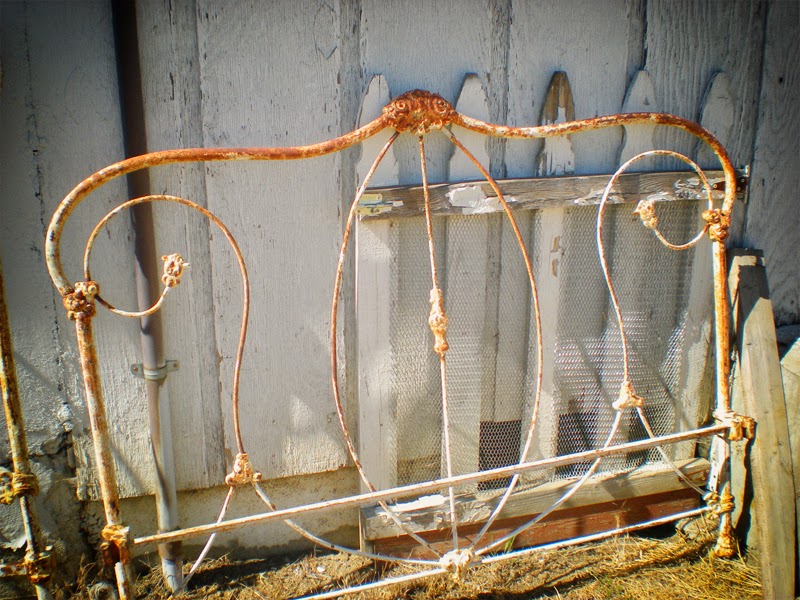 Is it not gorgeous? 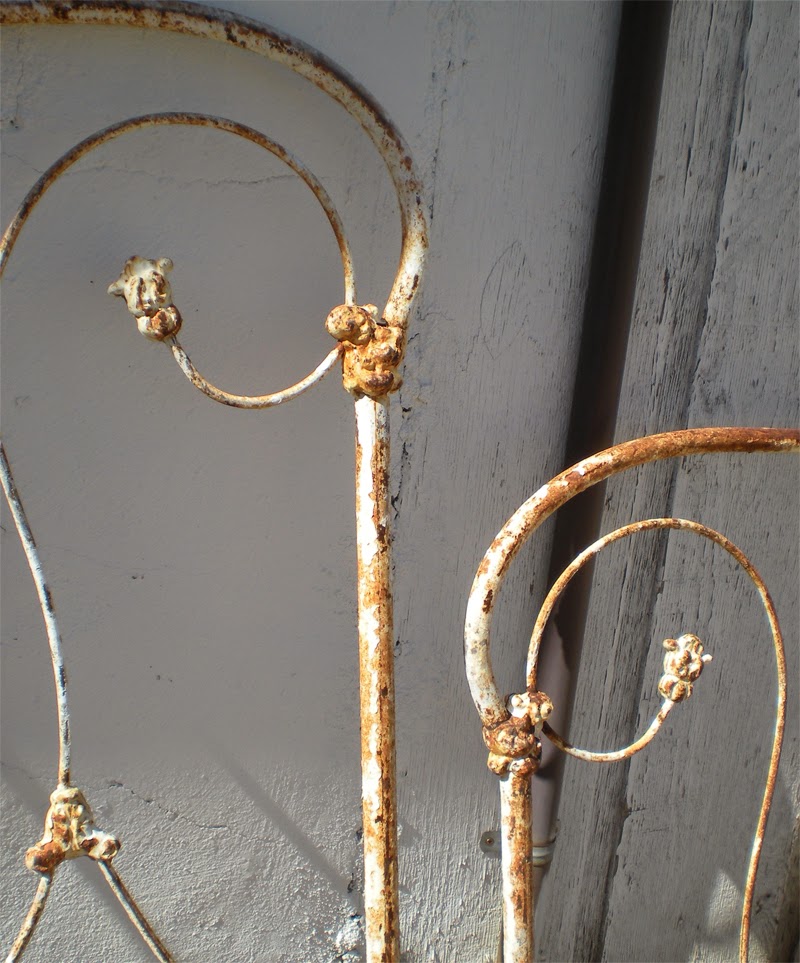 The super-nice people we got the kittens from had this bed frame out leaning on a wall. Sioux and I saw it at the same time but she gallantly said I could have it. Which raised the question in my mind: how do you do a tie-breaker when junking? Sudden death?

I'd have to go back for the bed. 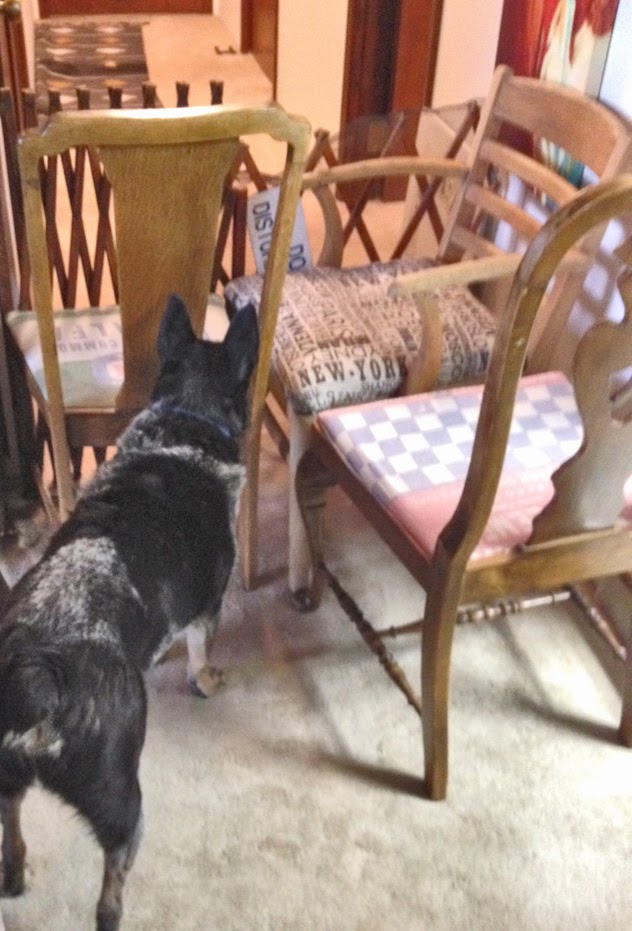 At home with The Jasper Barrier. 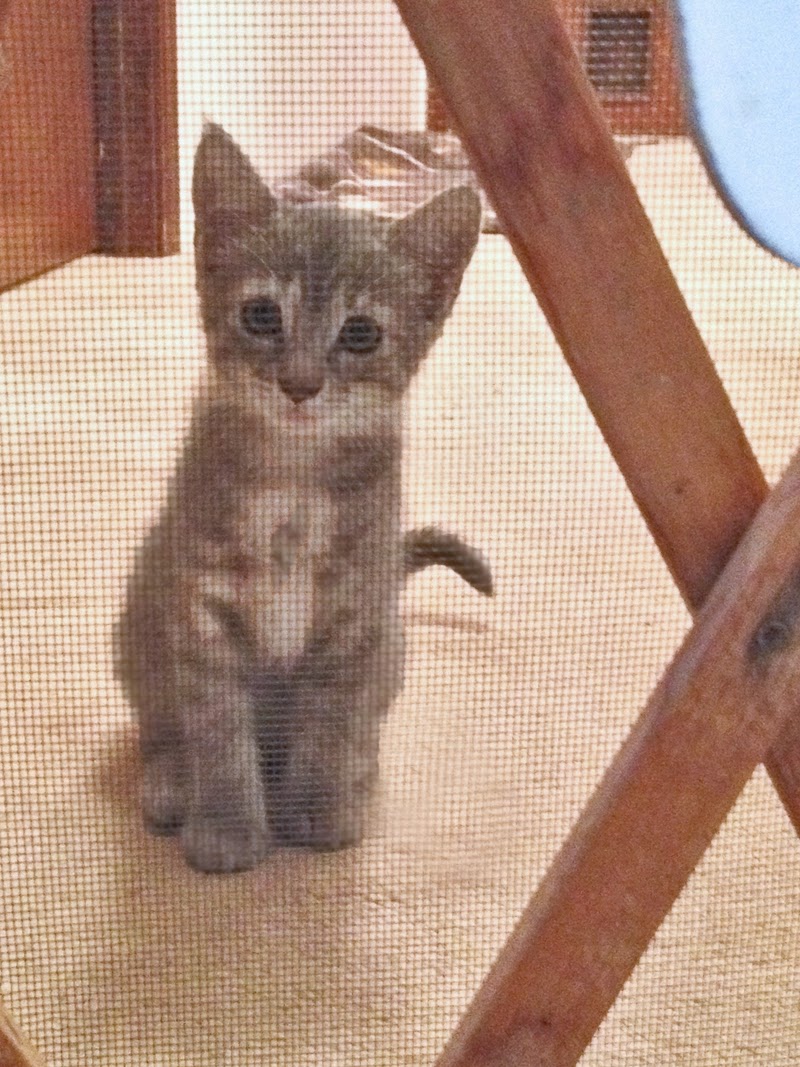 And who did Jasper see?

The Jasper Barrier didn't work. The kitties climbed over the barrier for a better look at Jasper. 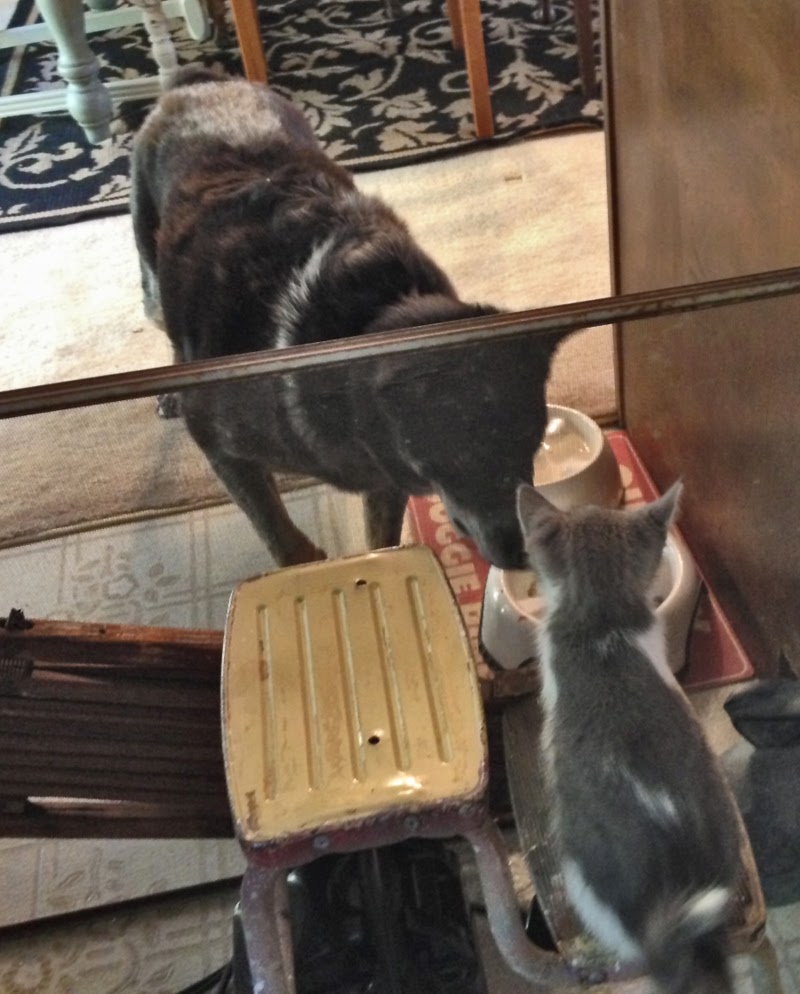 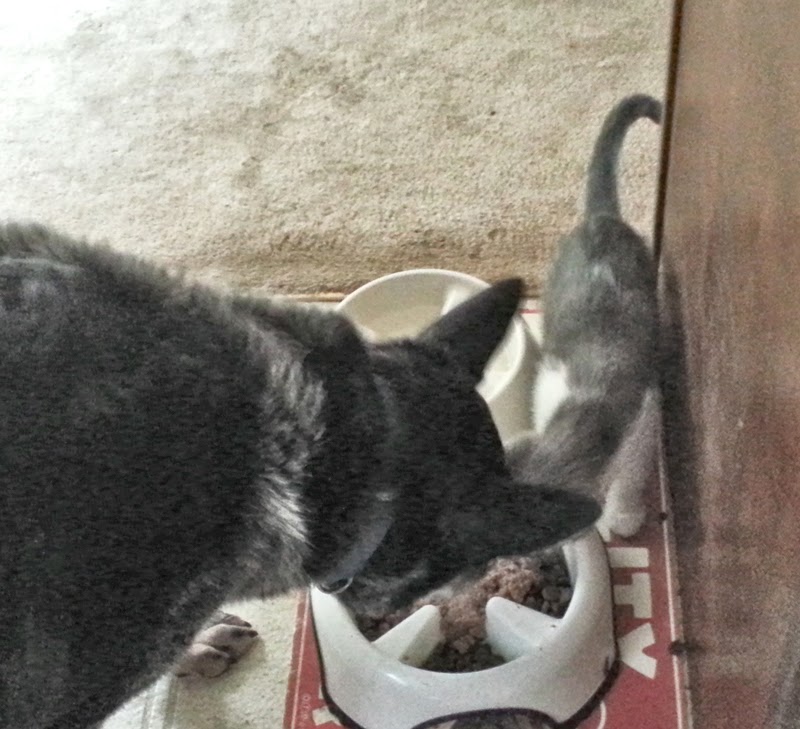 Jasper and Logan sharing a meal. 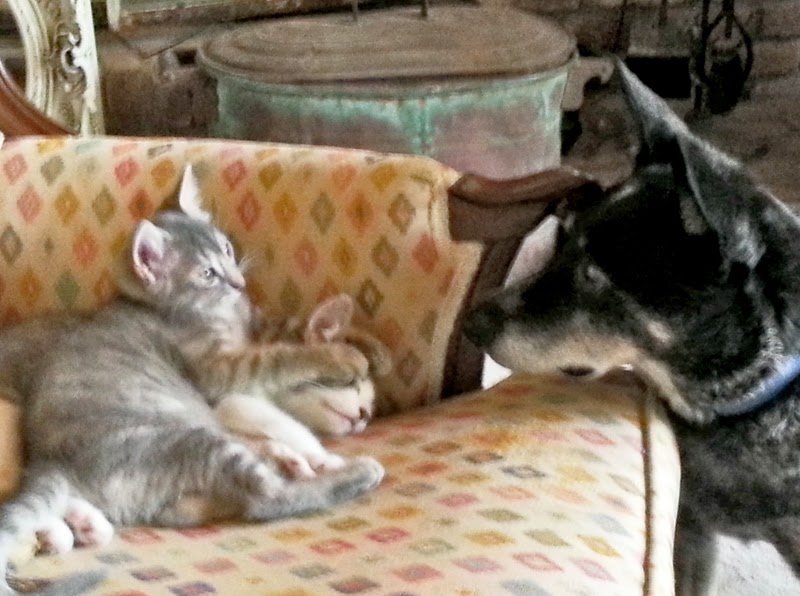 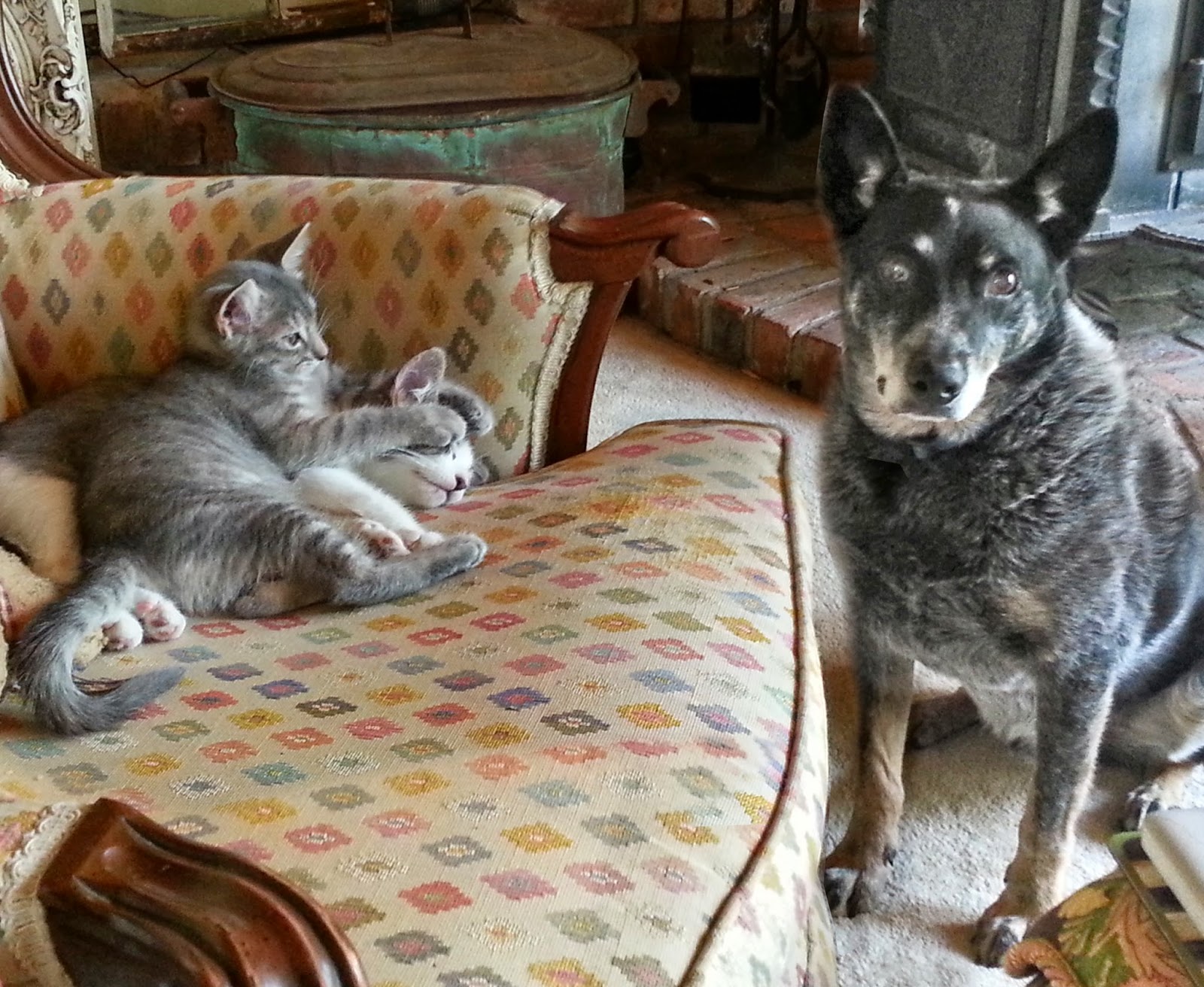 Have you ever seen a dog look more perplexed?

And then ..........
The next day, after a full day of treatment I went to the gas station and my car promptly died. Yep. Had to have a flatbed tow truck come out and take it to my mechanic. Now, I'd had to go to treatment first thing in the morning so I never had time to get the car cleaned out. My car left for the mechanic with half-eaten crackers, lots of crumbs, broken veggie chips and kitten chow strewn all over. Not to mention the scraps of fabric. And dust.

When I picked up my car there was a half-eaten cracker on the passenger seat. Ewwww. I was embarrassed.

Yesterday Sioux and I went to get the bed and stopped at every garage sale we saw on the way, and some antique stores. By the time we got to our destination we were worried we wouldn't be able
to fit the bed in the car. 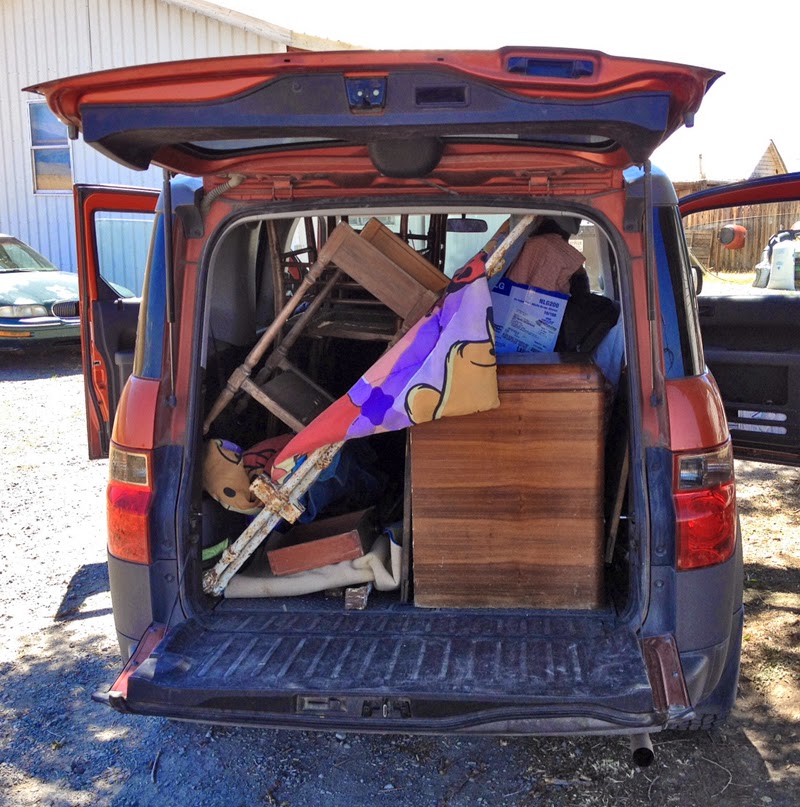 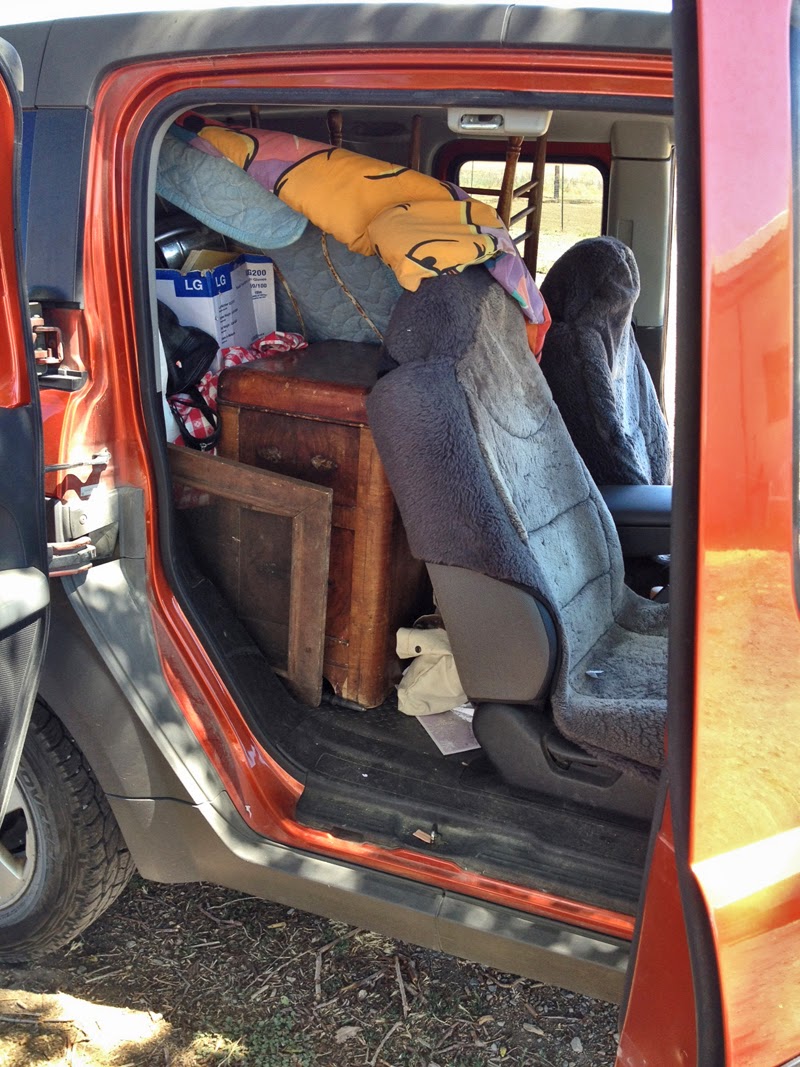 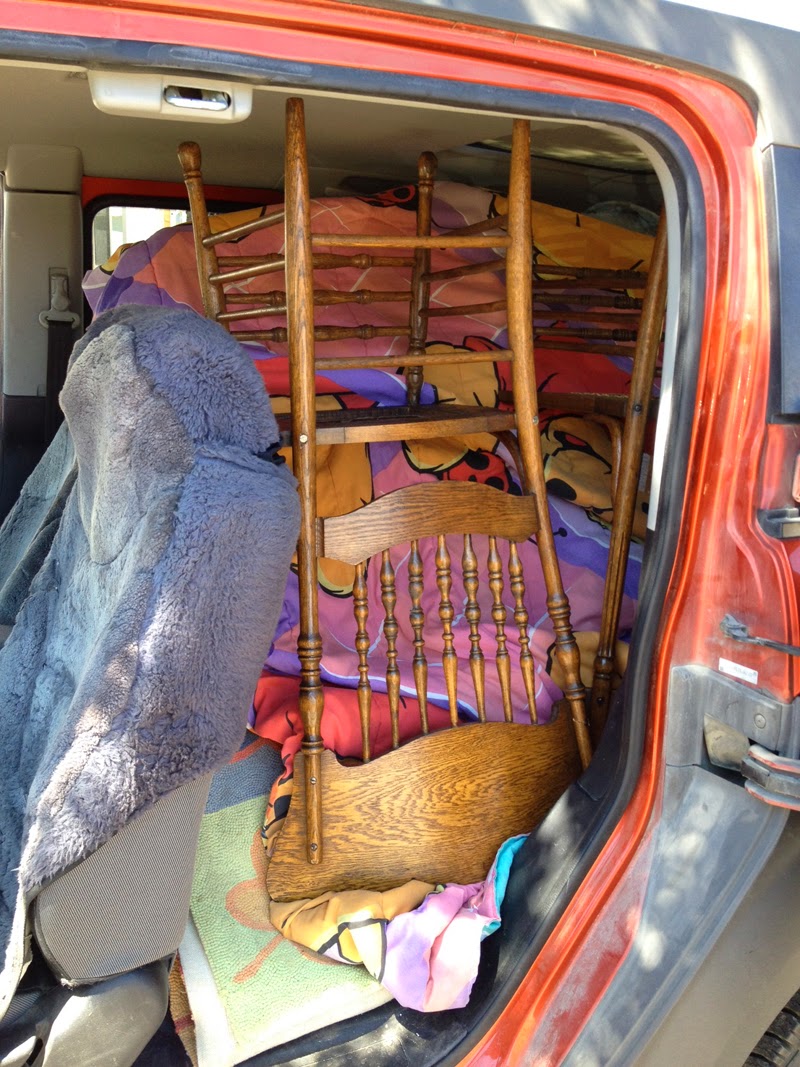 All loaded up and ready to go home. 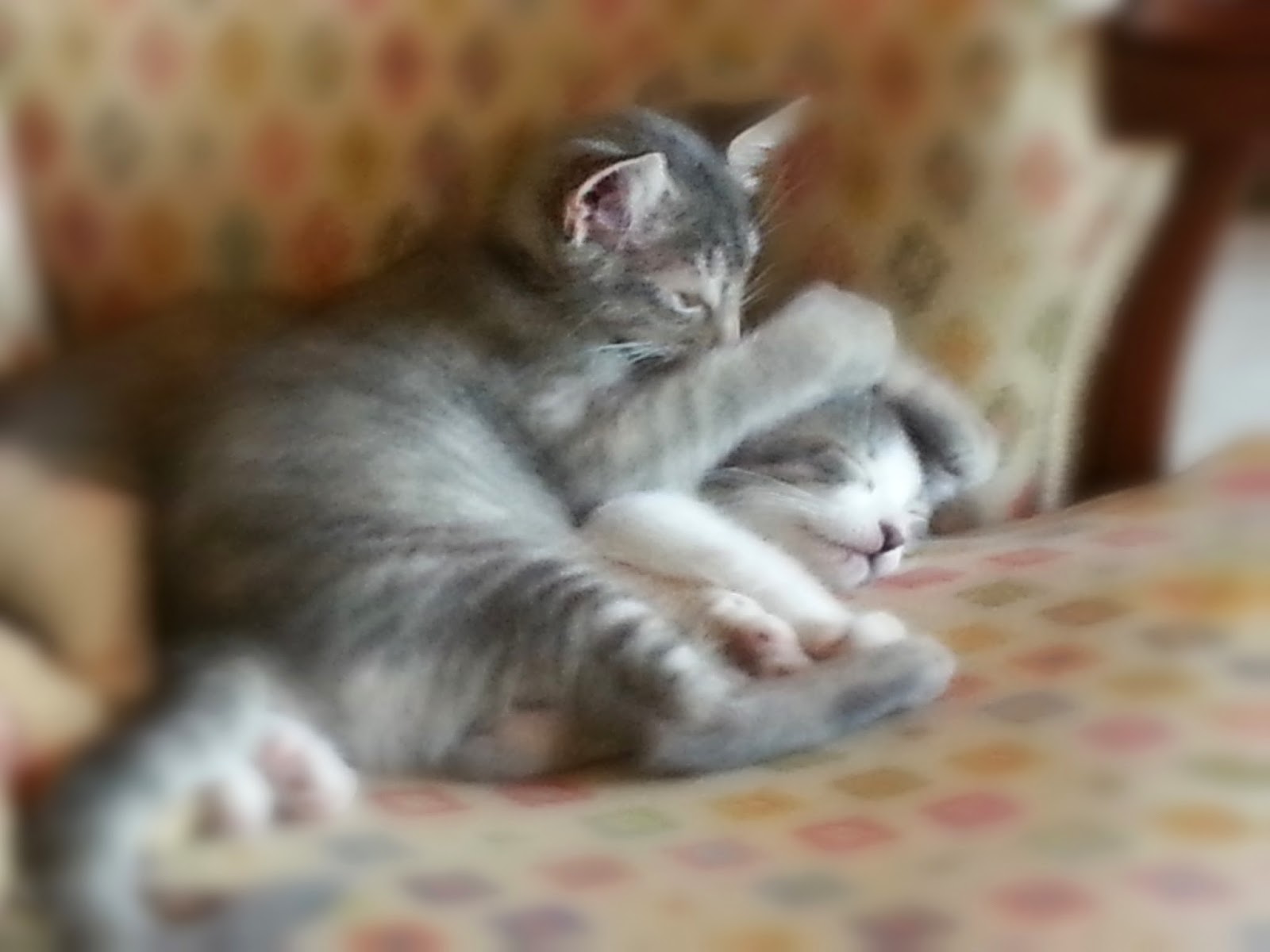