Where the heck have I been? It's been a month! I'll tell you, after the disclaimer: 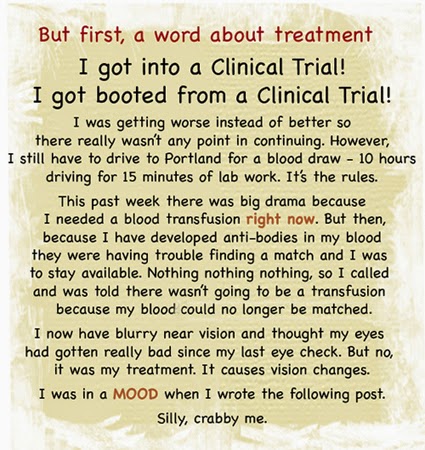 I've started a few posts and they are laying dormant in draft form, waiting for me to get a grip and finish them already. sheesh

There's a post about junking with my tall-like-Gwyneth-Paltrow (in her own mind) friend who gets all the good stuff 'cuz she's short and fast.

And a post about how crazy my treatment has become and how I need to paint while in infusion or I'll never catch up.

And I've been fighting the good fight against some paint that refuses to do as I demand.

Okay, I'll show you that. Maybe you'll roll your eyes and say "Oh get over it. You can fix that!" And I'll say, "Yeah, well. It's the treatment. Who knew it would mess up my eye sight?" cripes all ready

So here's my new nemesis, a cute french-style book shelf that is now baby blue and baby pink and dirt. 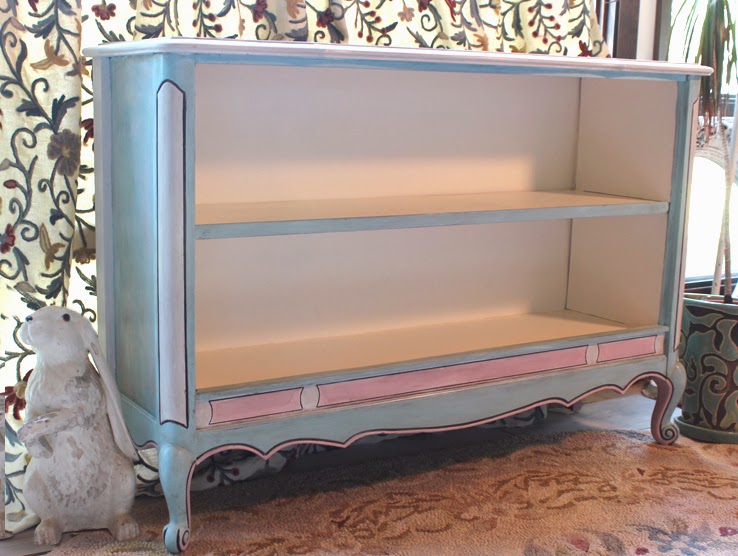 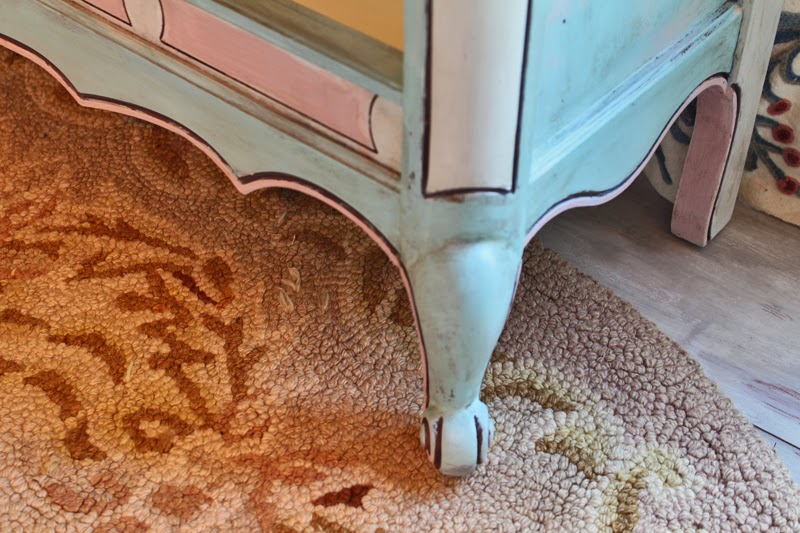 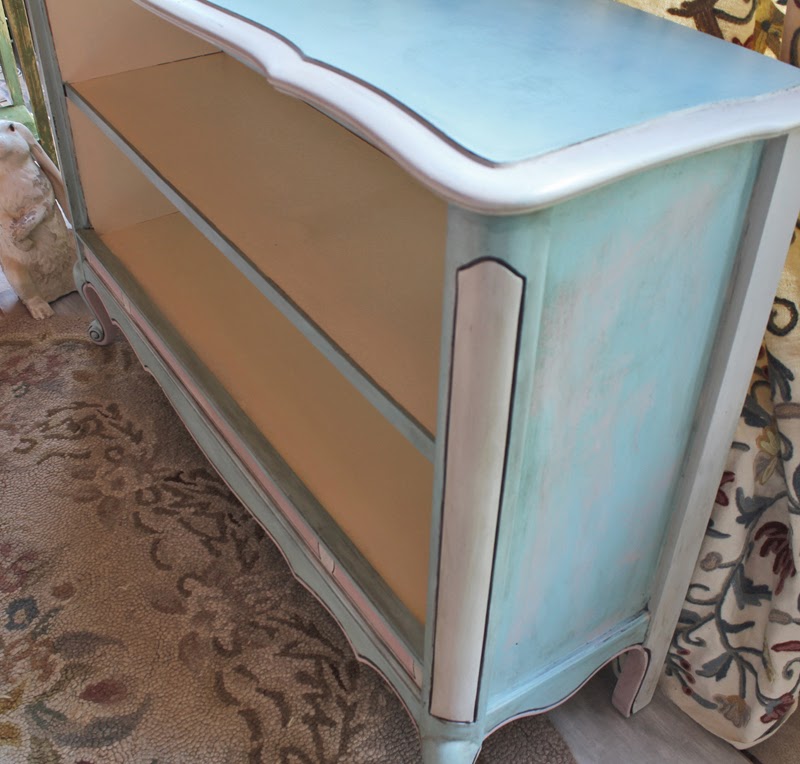 Longggg story about the blotchy side. It's sad and you'll cry.

Let's go outside and see what natural light does. 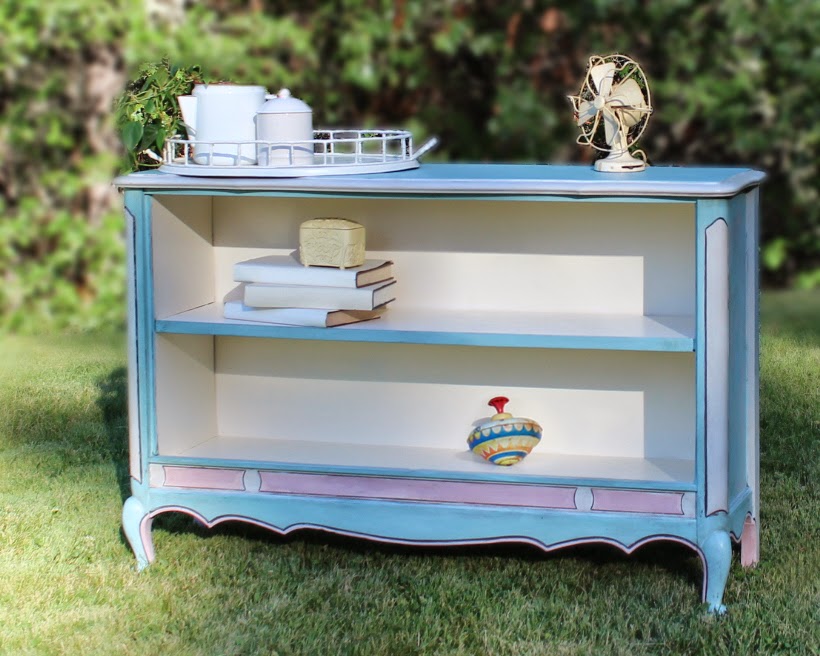 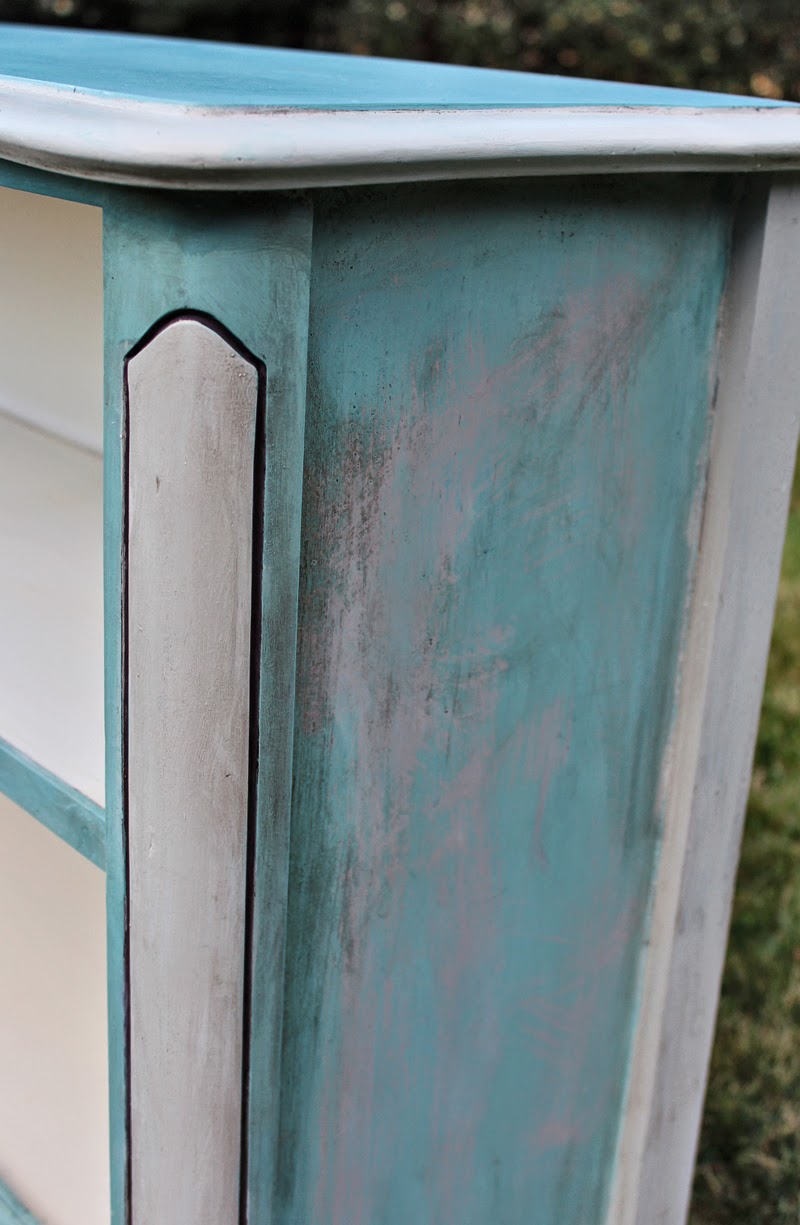 Blotch blotch dirt. Seriously, the reason this happened is saaad. 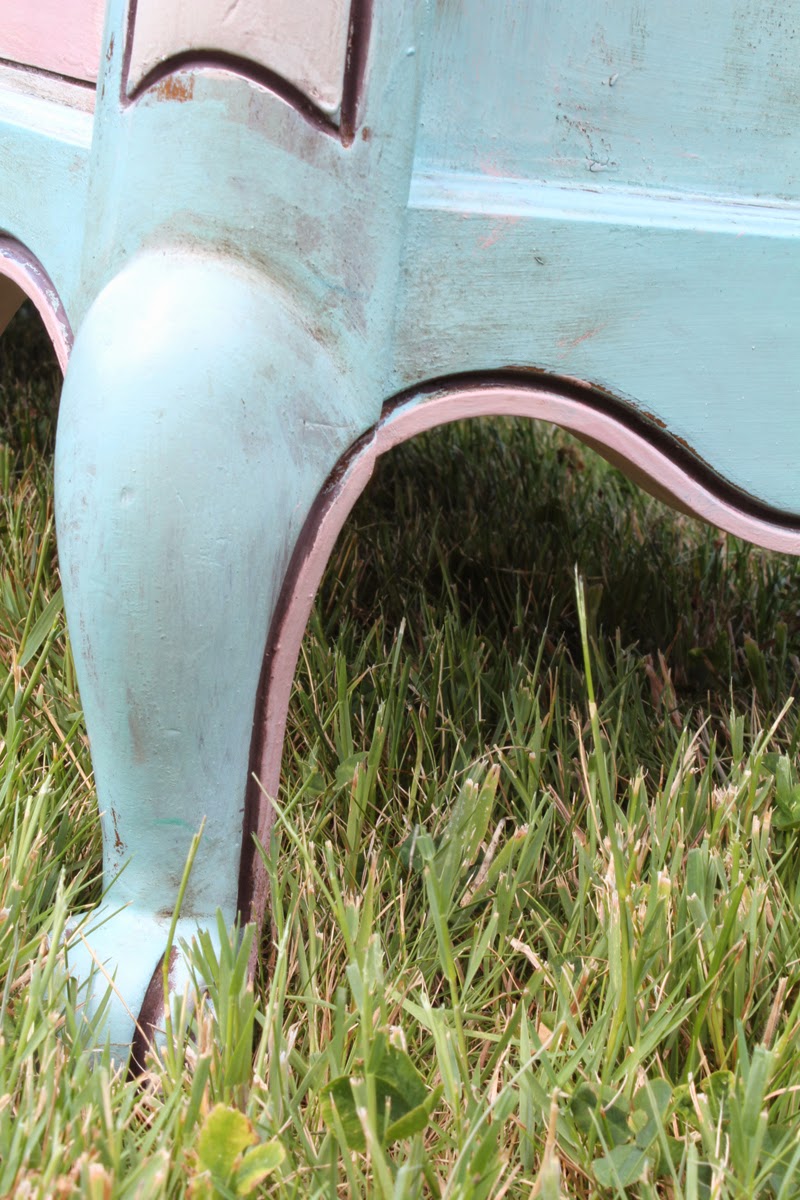 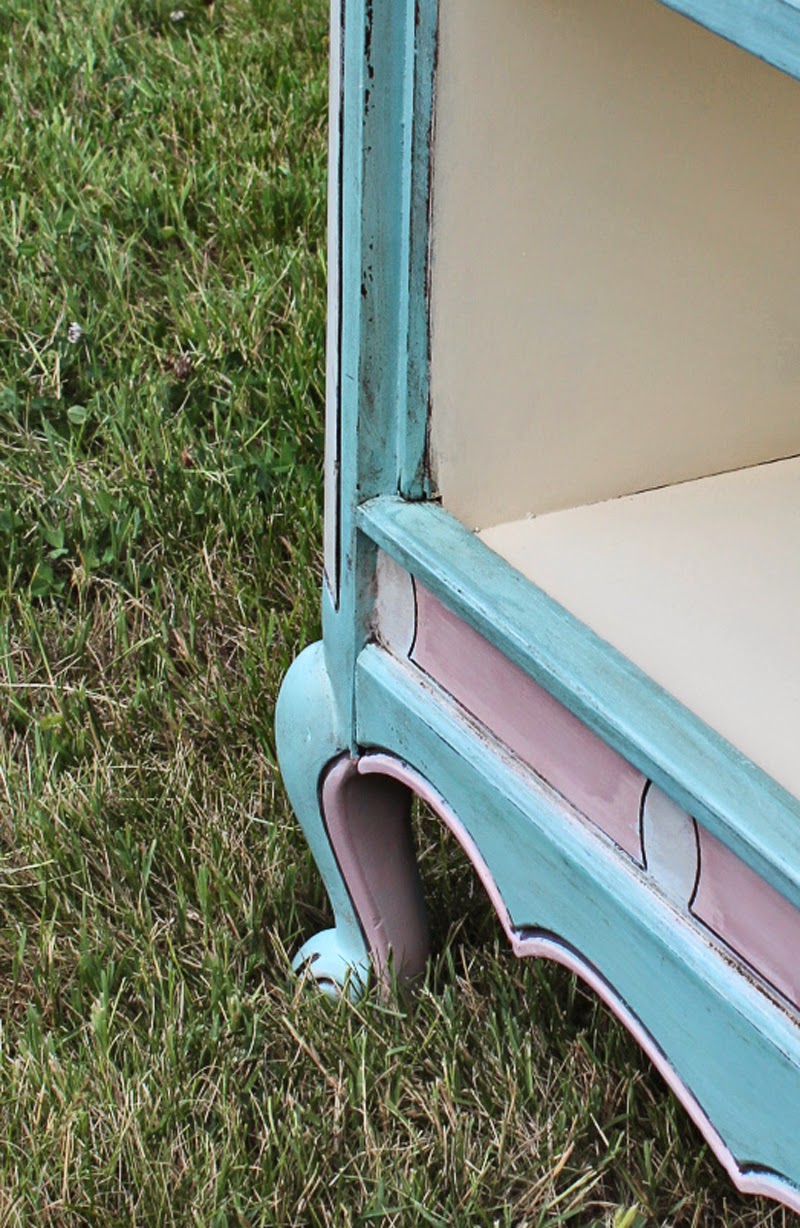 And blue. And pink. 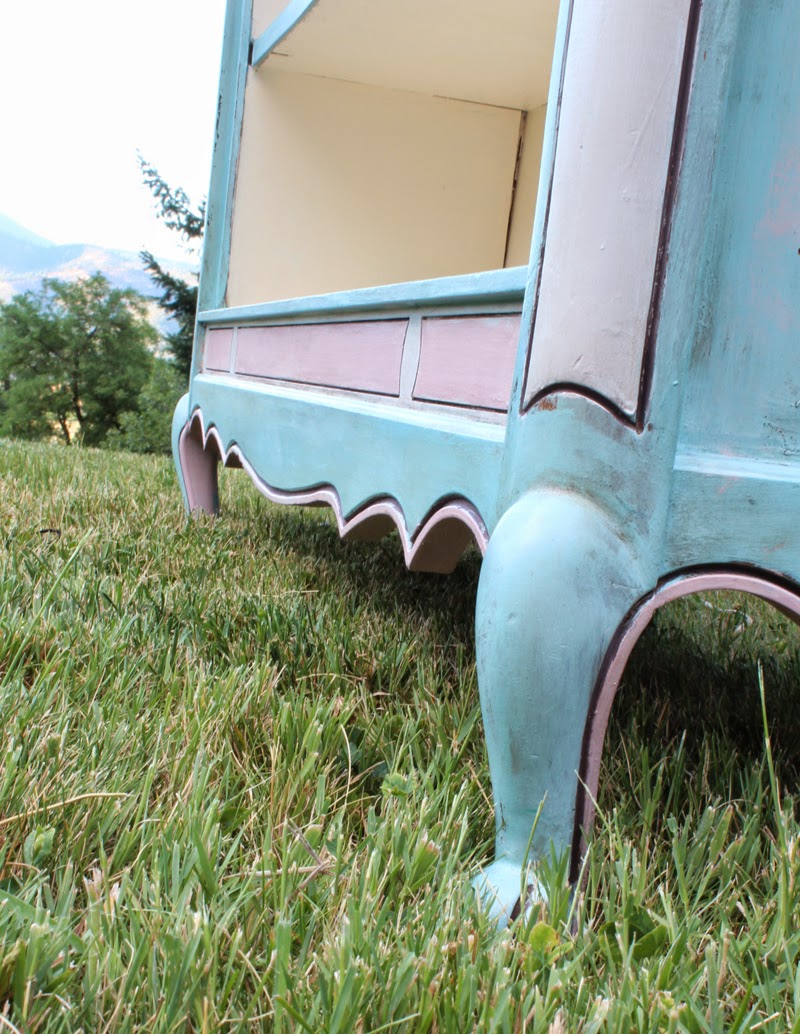 I will prevail! After I've had a nap. And if I can catch my breath.

Okay, so this was my inspiration and I'm thinking I'll go back and add Arles (Annie Sloan) to the mix. I'll layer Arles and Old White with Duck Egg and Antoinette and I think that should about do it.

After my nap, like I said earlier.
And if they'll let me paint in the infusion room.

Posted by Daena from Bad Rabbit Vintage at 9:26 AM