No matter how positive or optimistic a person is, there will be times when unpleasant news has to be processed. That was me last weekend. I had an appointment with a specialist who told me I might be faced with a treatment that entails repeated rounds of no-fun-at-all. I think my eyes bugged out of my skull.

So, I had a quiet weekend getting used to the idea. I just worked on simple things and dragged some furniture from room to room. I had a table in the corner of my bedroom that was doing nothing but holding up some old clocks and a couple rabbits. Really, the base was the only reason I kept this table. It's old, heavy and ... well, old and heavy. I thought decoupage would be a therapeutic way to spend some time. 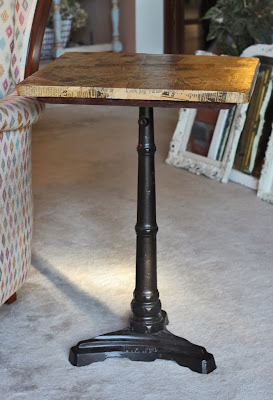 There were some old newspapers in a trunk I found at an estate sale and I thought they would make an entertaining table top. 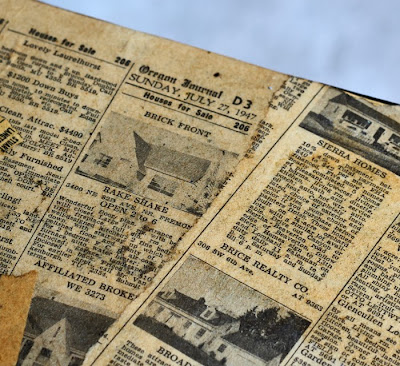 And I thought the newspaper suited the base. 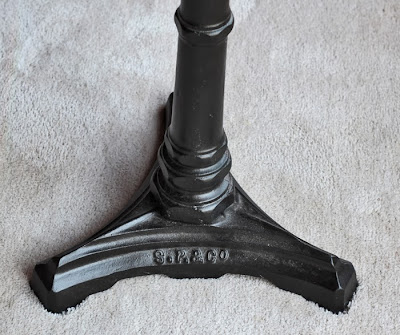 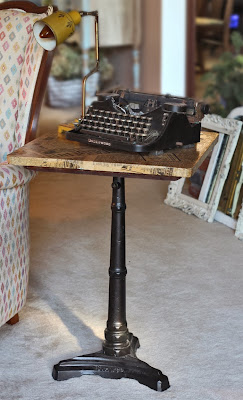 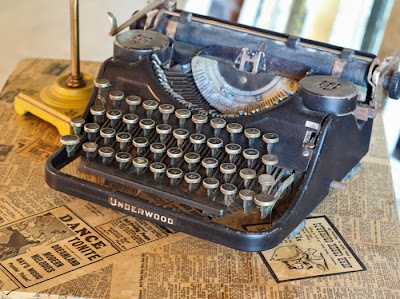 Then I saw a photo of silver and glass salt and pepper shakers on a silver tray. It looked great but I only had a seen-better-days gold tray. 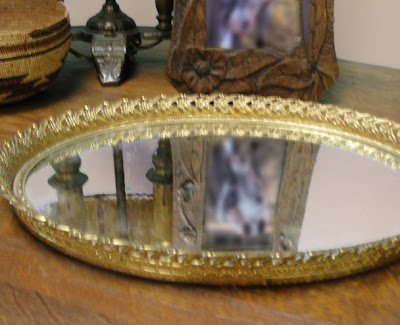 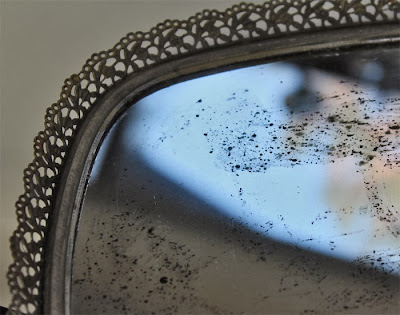 I painted it with blackening solution and antiqued the mirror. But the tray looked too dull so I got out the Guilders Paste and put some shine on there. 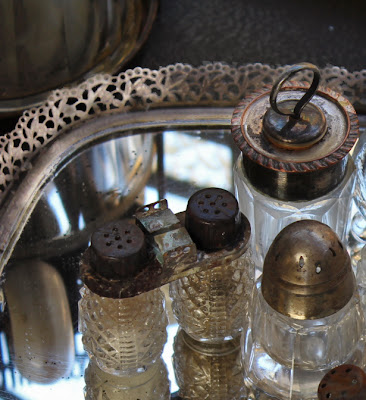 The tops of the little joined salt and pepper were red plastic. The blackening solution took care of that! Even at close inspection they look metal. 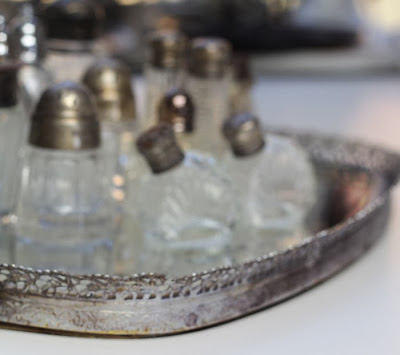 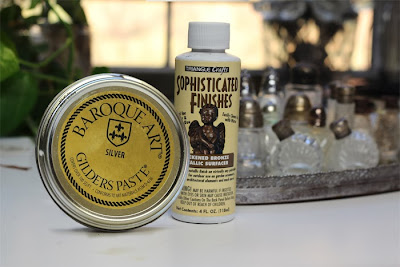 Cruising around the web I came across some frames that were done in an old world style using gesso instead of paint. Well, I have gesso and I have frames so I thought I'd give it a try. 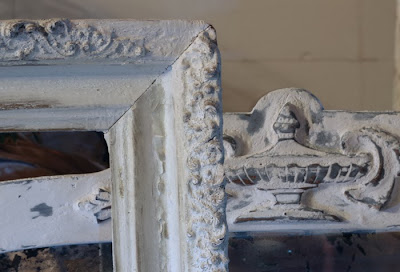 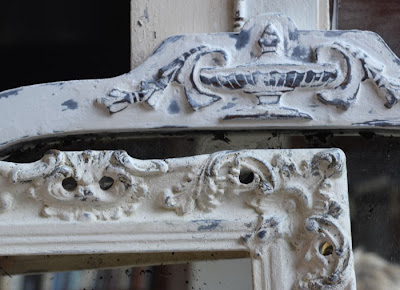 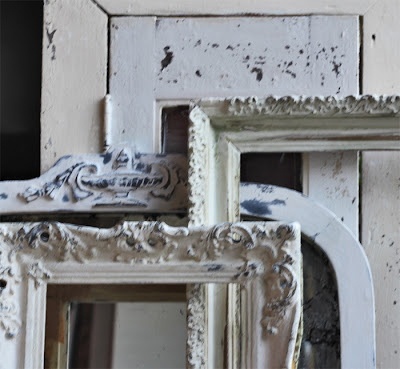 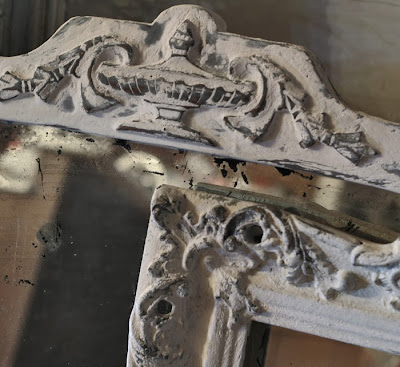 And therapeutic? Part of the technique is to whack away at the dry gesso with a wire brush. And whack I did. Whack whack whack. The result is an aged, dug-out-of-Pompeii look that you just can't get with paint.