I saw this mirror-thing or What Used to be a Mirror at a yard sale two weeks ago and I had to have it. Because mirrors stacked on mirrors and hidden behind every door just isn't enough for me. I have to have ALL the mirrors.

Mirror Thing, I think I love you. 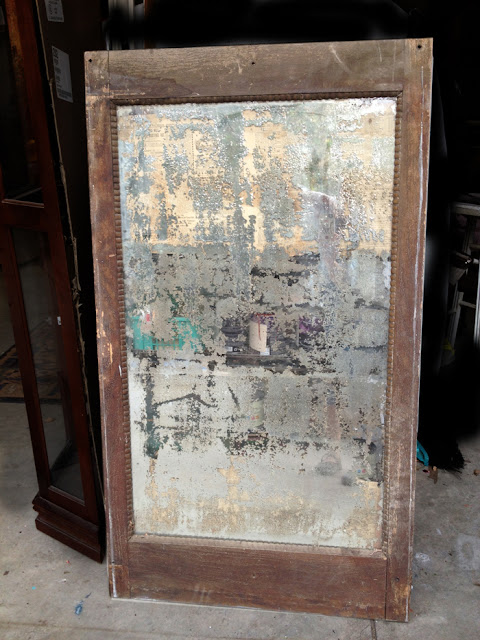 The faded yellow at the top and bottom is old newspaper that was falling out. It was the only backing. There was nothing in the middle - what little silver there was seemed to be held there by spider webs. And dirt. 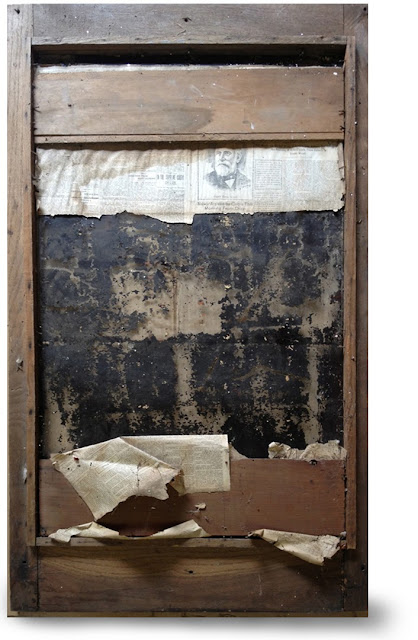 Mirror Thing, I think you move me.

This is a huge, heavy mirror. And it's old, old, old. I didn't realize how old until my neighbor was reading the newspaper backing. 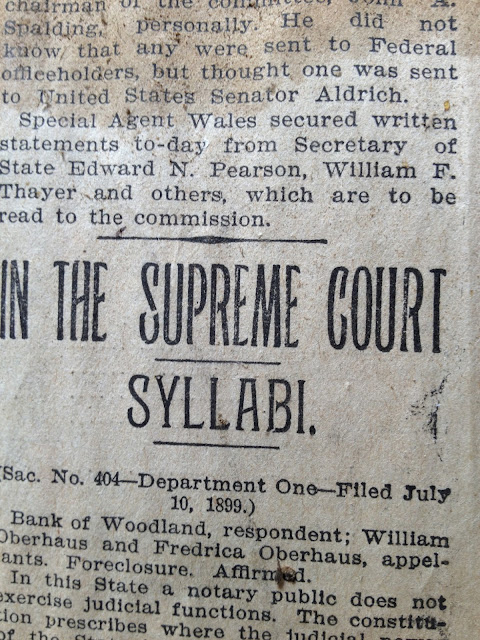 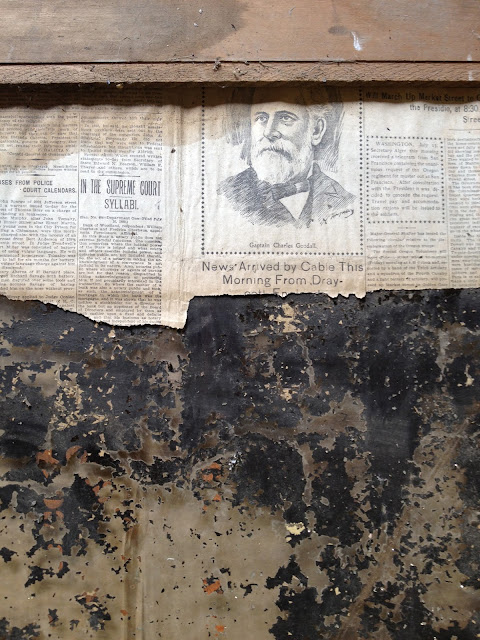 You can see how the silver is barely hanging on. I tried wiping the dirt from the back but the silver came with it. I had to give up and realize that, oh my yes, it was held together by its own dirt. 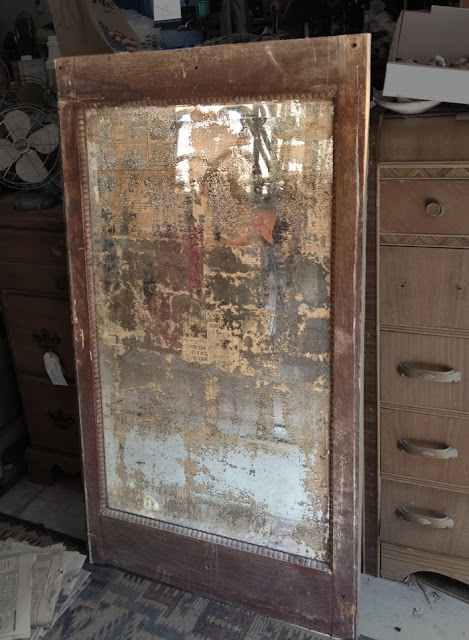 I have some newspapers from 1944 that were in a trunk I purchased so I took a few pages and filled in the missing middle part of the backing. It matched the earlier newspaper perfectly, but just newspaper?
On this fragile baby? 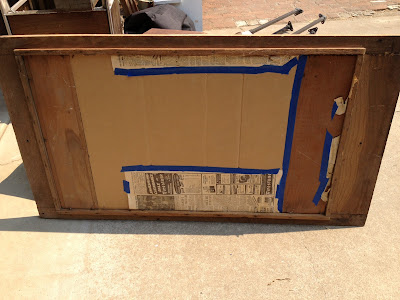 I fitted the back with appliance cardboard while attempting to save as much of the old newspaper as I could. 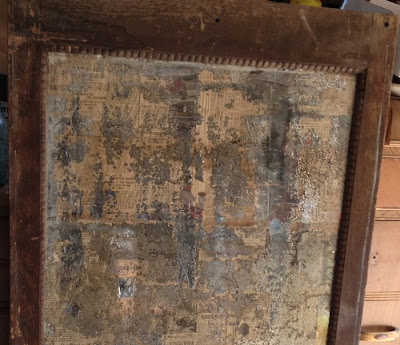 We lugged it into the house and decided to put it on the wall between the office and master bedroom. It's too darn heavy to hang on the wall (studs in the wrong place) so I went about finding something for it to sit on. Then I covered the back with the stiffest paper ever, I swear, and we were ready to hang a mirror! 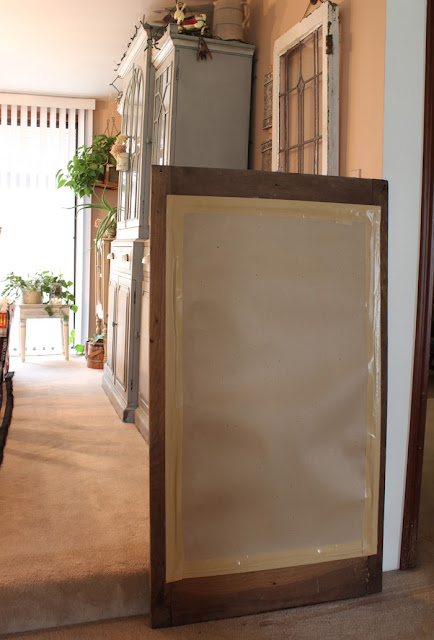 I have a roll of this very thick and stiff paper and I can't think of what its original purpose would be. It is extremely awkward to work with - kind of like wrestling an alligator. 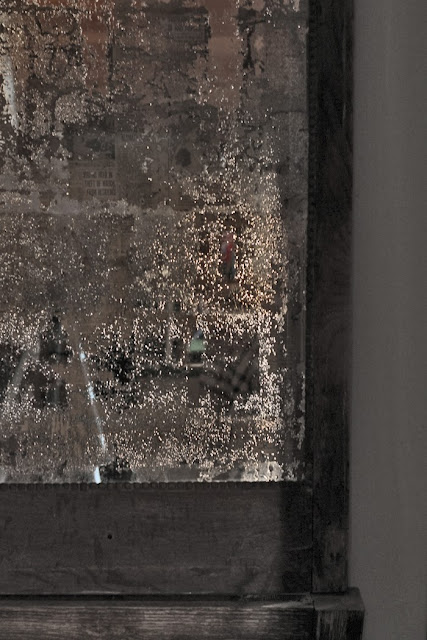 When the sun hits the remaining silver the whole thing glitters.
It's so awesome! :-) 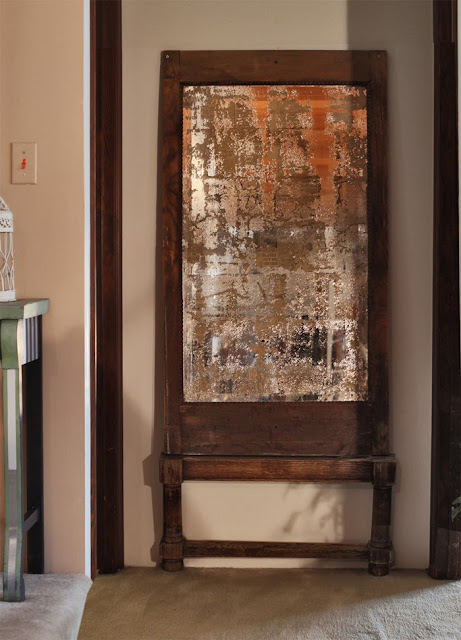 And, it's up! Uh oh, not so fast. It's too low. It cut off our heads and that just seemed odd. And wrong.  Hmmmmm. Plus the stand wasn't helping. It simply refused to stay attached to the wall and left this unbelievably heavy mirror dangling from two screws. I googled for ideas and This Old House came through. Basically we would hang it like we did the mantle, that is, by using a french cleat.

This way it doesn't matter where the studs are. 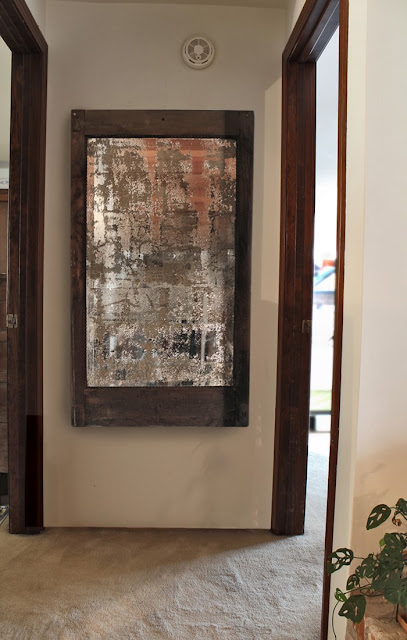 To me the mirror looks like abstract art, with the added bonus of lightening up a dark area. And it's from the 1800's which makes it special, in my eyes. (Mr. Bad Rabbit isn't a huge fan.)

I haven't decided if I'll paint the frame or not. I'm leaning toward not painting it because it has a weathered patina that can only come from 100 years of existence. If I paint over it, I'll never get it back.