Inspector 19 is on medical leave until further notice. I'll have to stumble along without his attention to detail for a while, but I'll miss him. He is so dedicated to his work!

He gets along with everybody. 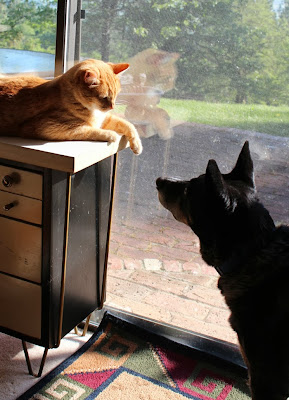 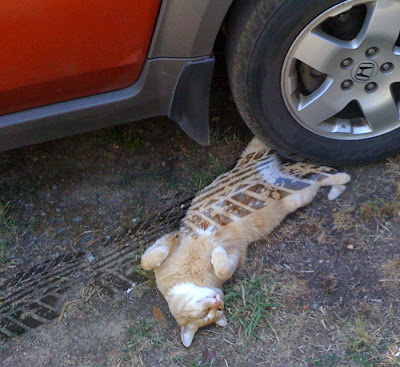 And knows the value of a good nap. 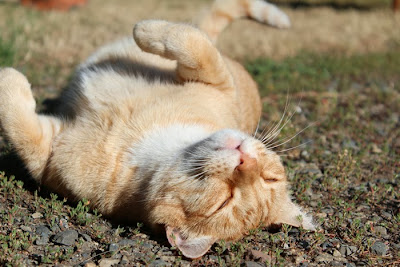 Inspector 19 had an abscess behind his ear that was removed but came back. And shrank. And grew. Shrank again. Then became 2 large lumps. We'd been giving him antibiotics - a hazard pay job should anyone want it - and our vet was monitoring him. But it wasn't enough and back to the clinic he went.

Cat abscesses are such a strange thing. I haven't done any research of my own, but you can bet I will.

Inspector 19 came home with a new look about him.

Turns out the abscess thing, and I call it that because the vet had never seen anything like it - had gone down his ear canal to his eardrum. The vet had to take some extreme measures. 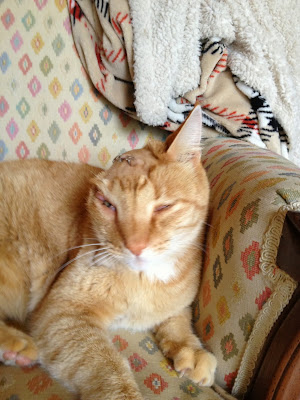 The patient back at home. 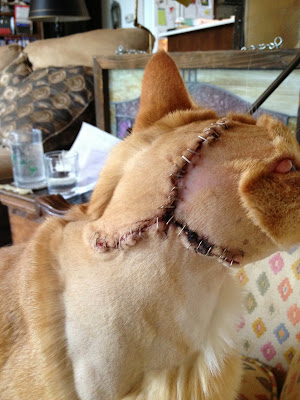 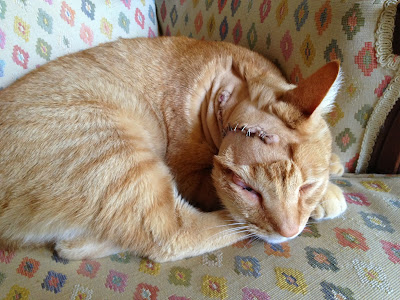 He's taking it in stride. Not much flusters this cat, ever. His confidence and calm should help him heal.

And there's always a 'but'.


We'll find out on Wednesday if the growth was cancer.
I know I'm more worried than the Inspector is. I'll worry for the both of us.

Linking to:
my uncommon slice of suburbia
knick of time interiors
elizabeth and co
miss mustard seed
the dedicated house
Posted by Daena from Bad Rabbit Vintage at 11:46 AM