There is a plethora of red empire dressers out on the web. As well as some awesome antique white ones, but right now red is my obsession. I've spent the last few days bringing a left-for-dead empire dresser back to life and what better color than Tricycle could I pick?

Who would imagine that this handsome guy started out as ........ 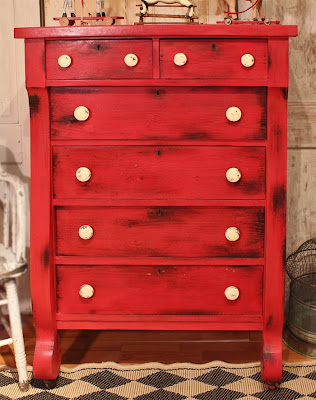 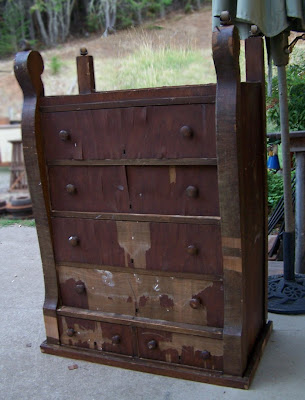 YIKES!
Mr. Bad Rabbit:  How much did you pay for that?
Me: Uhhhh, what? 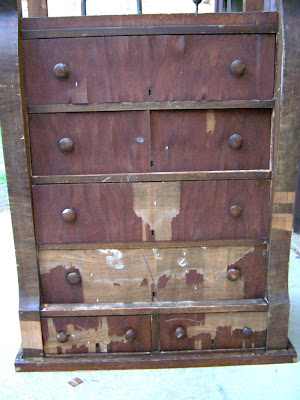 Can you believe that veneer? I think there ended up being more in my car than on the dresser by the time I got home.

We kept it upside down to flatten the warped top. We used the weight of the dresser to flatten itself out and by the time I was ready to paint, the top was flat. (It was a year later, but I never checked it before that.) 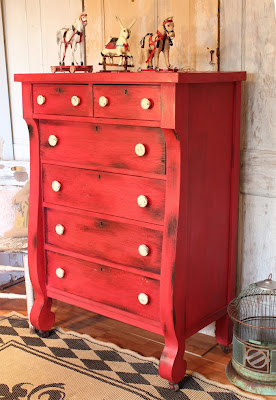 I took all the veneer off the front. This time, instead of using an iron, I went back to using my heat gun. It's been a couple years since that blackened table incident and I've learned a thing or two since then. 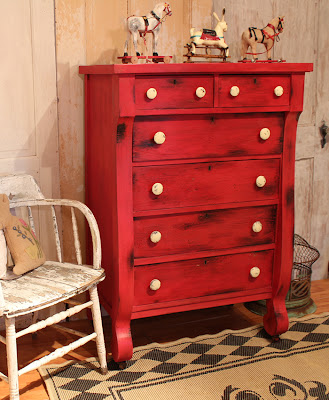 Such a handsome devil. 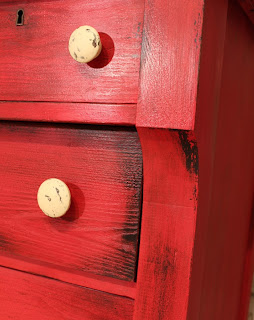 First, I painted the dresser black, then when it was dry, I sparingly put patches of Vaseline willy-nilly over the paint. 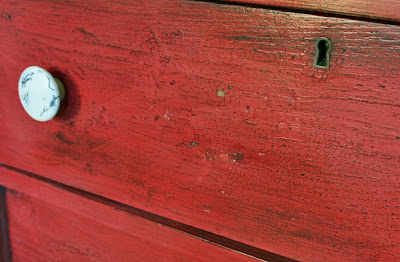 For the majority of the dresser I just let the milk paint do its thing and produce those fine cracks I'm so wild about. 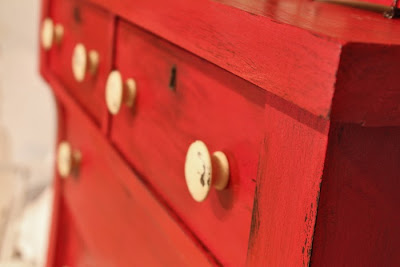 This dresser is really rustic which is perfect for milk paint. 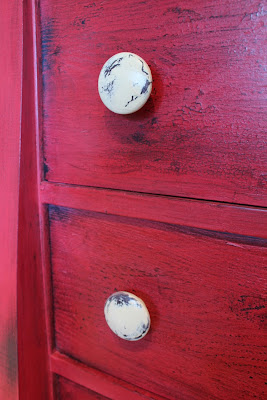 Here's my chance to ask for advice. My camera lens (18-55, the lens that is bundled with the Canon Rebel) causes lots of distortion. See how one knob is looking up and the other is looking down? I'm tired of it. Any recommendations? 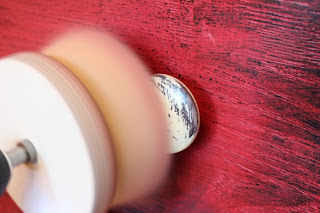 I painted the plain knobs that were original to the dresser and waxed them. Buffing was sure made easier by my drill attachment! 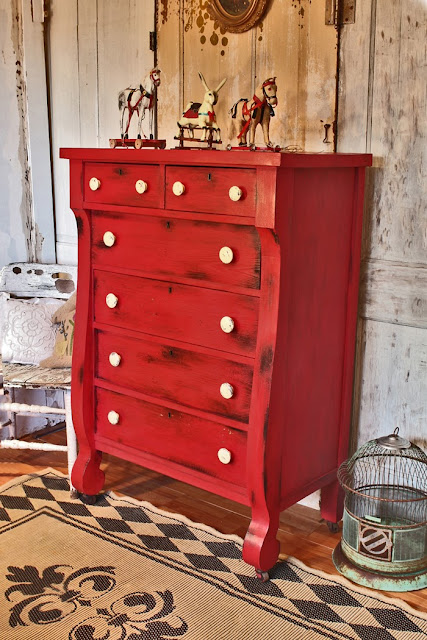 And now, the supporting cast: 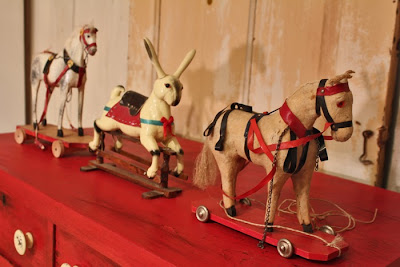 The toys. Rabbits and horses call to me with their little voices;
come buy me, come buy me,
and then I am in their power. 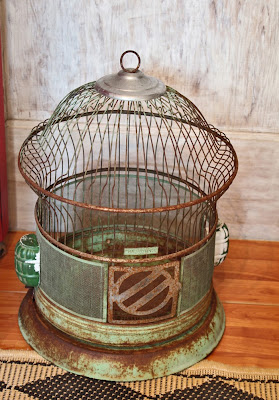 I came across this old birdcage at a yard sale. I'm not usually the one who finds the really cool stuff but this time I guess it was my turn. We did some research and found the cage to be from the early 1900's. And is that Luckett's Green? 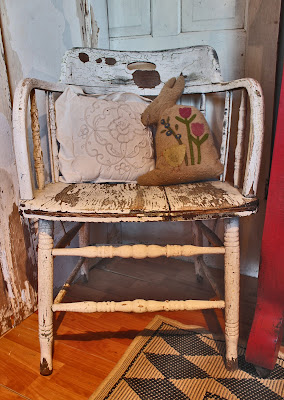 The chippy chair, again, from a yard sale. The seller couldn't wait to get rid of it. Her loss, my gain. 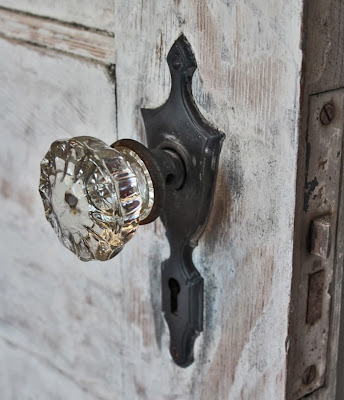 Really not a prop but I like the unusual door plate. I don't remember seeing one like this before and the best part is the door was free! 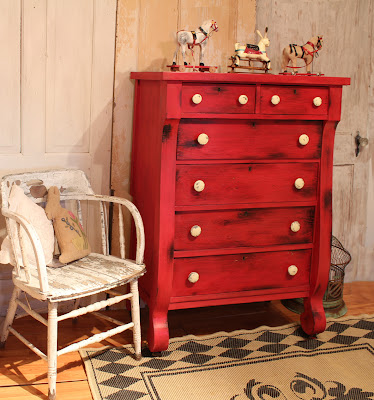 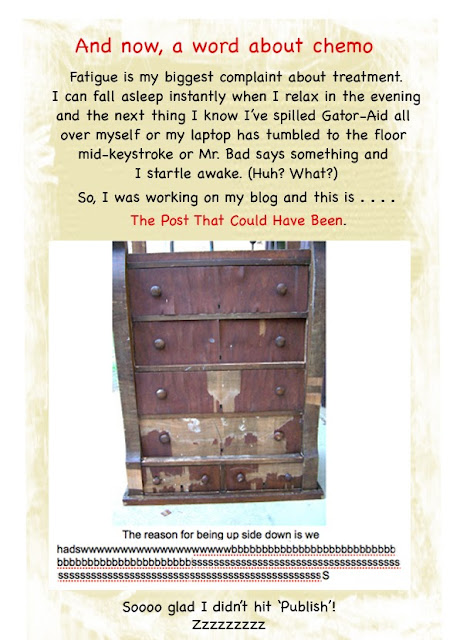 Linking up to:
furniture-feature-friday
frugal-friday
my uncommon slice of suburbia
funky junk
show-tell-saturday
nifty thrifty things
make it pretty monday
Posted by Daena from Bad Rabbit Vintage at 7:09 AM