Just a little something extra

A while back I painted this cute antique table which I'd found during a trip to Reno. I had it in my booth until I realized it wasn't staying together at the middle seam, so home it came. I have no leaves for it so I put brackets underneath to hold it closed. Plus, it got some casters. 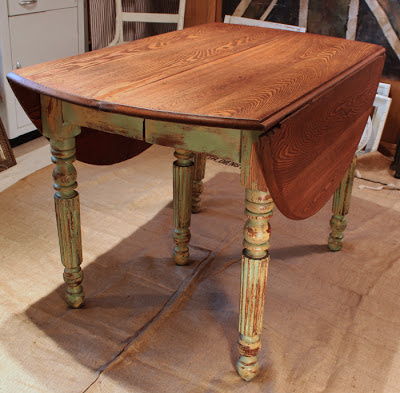 Since I had her home I thought she could benefit from a non-invasive cosmetic procedure. 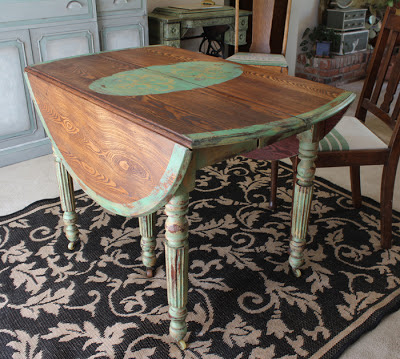 I added a distressed border around the table edge and a medallion - that's what I call it for lack of a better word - in the middle. I wrestled with which way to orient the medallion. I suppose I could have made it round.....

See the little casters? (Changing the subject from a possible second re-do) Ooooooo, I love casters. 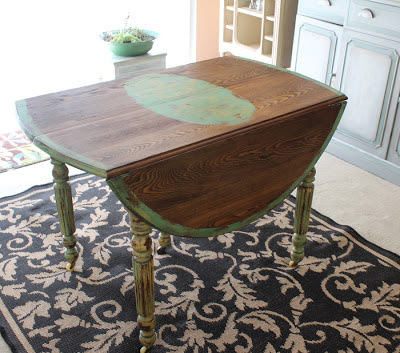 This is a fairly small table. I'd say it would be good for a kitchen where it could be kept up against a wall until needed. 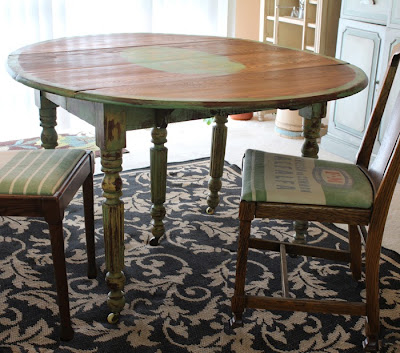 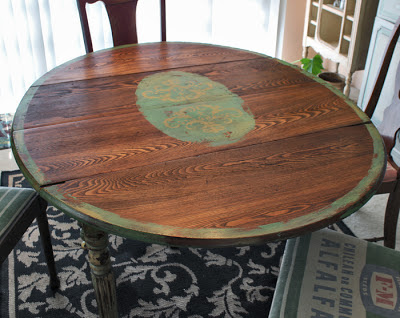 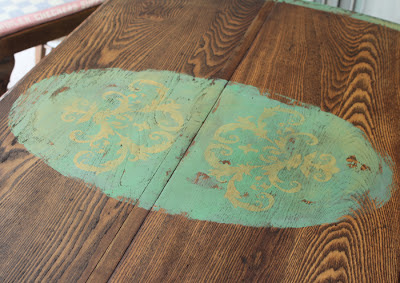 The center medallion was painted with Benjamin Moore's Aura paint. It's my go-to paint when I need something with the qualities of chalk paint. I stained the entire top, painted areas and all, with Dark Walnut stain.

I wish I could tell you where I got the stencil but I don't remember for sure. It might have been either Hobby Lobby or JoAnne's. 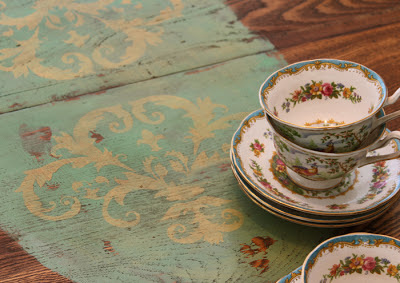 I distressed the medallion to match the legs which were painted previously. 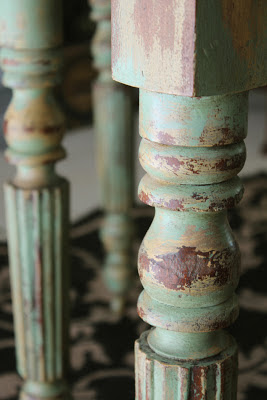 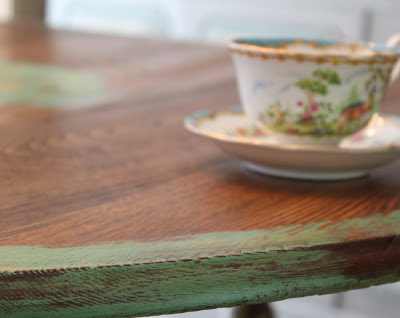 I love working with furniture that has had a full life. The pieces with cracks and rough spots are so much fun to paint! 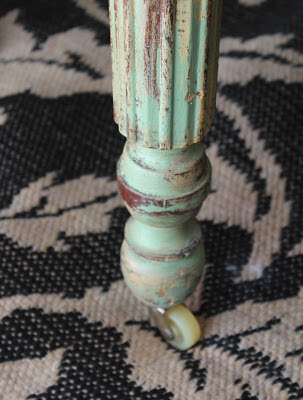 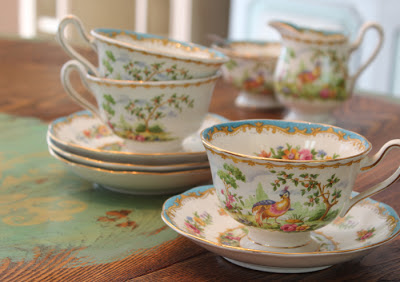 I used my vintage china as a prop and was
pleasantly surprised how well the china and the table complimented each other. It started all kinds of ideas percolating. Most of them bad. :-) No, I can't keep this table. No. No. No.

Sneak peak!
Check out the fun little cabinet I grabbed at a yard sale a
couple weekends ago. It was love at first sight. 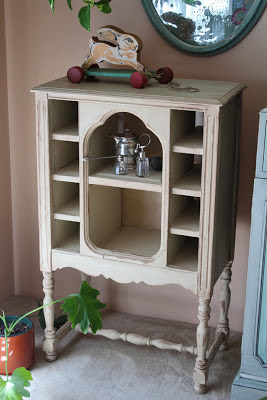 I can hardly wait for its turn to come around for painting.
I might bump it up in line a little ....