Seriously, I barely had time to look at it.


We put this dresser and two night tables in the booth and the dresser sold the next day, with the nightstands right behind it.

Wow, and this was like my maiden voyage after breaking my leg. Picture in your mind: me thunking around, painting this while using a walker. It was challenging. 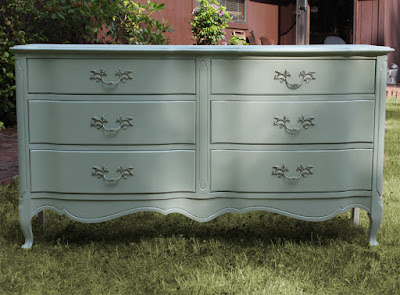 I don't know why I didn't have the mirror put on before taking pictures.
So, imagine a large, pretty mirror on there. Nice, huh? 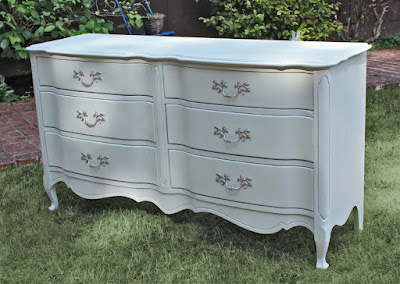 I mixed the color from what I had on hand and I added chalk the second time I painted the top. Because I didn't sand enough, the laminate was too slick for paint to stick to.

YES, I sanded it. sheesh. I just did a really rotten job. I was in a walker, for Pete's sake. 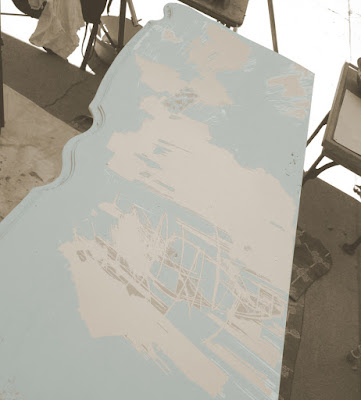 I was able to rub the paint off the entire top. The drawers were sanded by a girlfriend. Thank goodness I wasn't sanding the entire thing. I shudder to think. 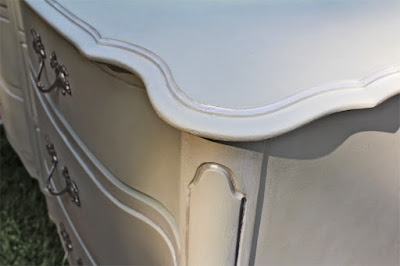 For the accent trim, I wanted to be subtle instead of painting a coordinating color. I tried a few things but ended up using silver metallic wax. The photo doesn't to it justice.

At the same time we painted these nightstands. 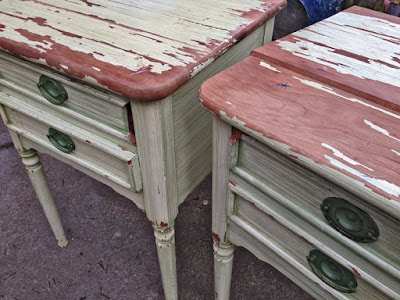 I almost passed these up because I thought they were press board and laminate, then I tried moving one and that baby was heavy! So I looked closer and they were hardwood. Beat-to-crap hardwood, but none the less. But why would anyone paint something to look like laminate?

Aside from the warped and broken top (above) there were a couple pieces either chewed up or missing. I fixed all that and set my visiting girlfriend on painting them.

I didn't take pictures because we've almost all seen the dread tannins from Mahogany. Still, we watched with dread as our white paint turned pink.
Kilz primer fixed all that, then the white "chalk-like paint" was reapplied.
The pulls were painted Oil-Rubbed Bronze, the tops were painted with Fat Paint black mixed with craft paint brown. 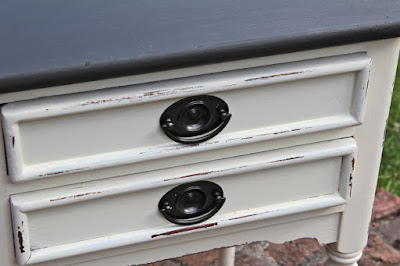 Some distressing - I had put wax on at the very start. 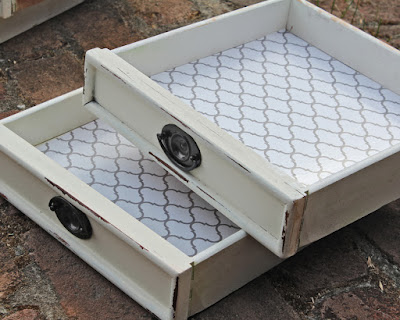 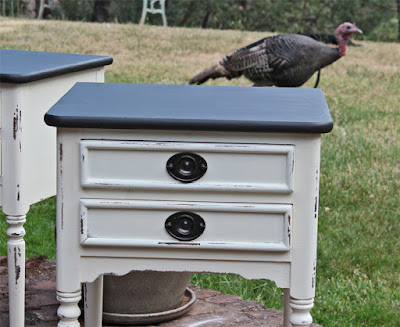 My wild turkey buddy was hanging out. 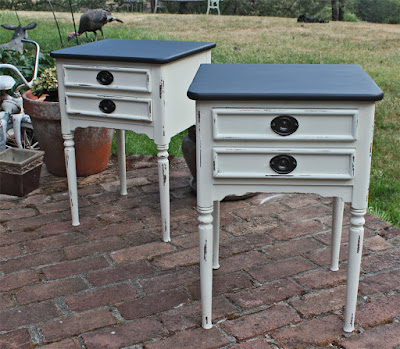 The finished nightstands are at a new home.
Posted by Daena from Bad Rabbit Vintage at 6:58 PM