A look at everything. Life is good.

Yesterday I was sitting in my chair under the ceiling fan watching some hairs float down. I'm loosing my hair in slow-motion. Last time I went bald it was there, then it wasn't, then we dyed the peach-fuzz green. Now I wake up and check how much pink skull is showing. And it's always more.

Somehow that lead me to thinking about one of my high school buddies. He lost his wife last year and is devastated. His grief breaks my heart.

On the other hand, my other best buddy from high school has made it to the Westminster Dog Show with her fox terrier. I'm so happy for her I could burst. I'll be glued to the TV.

Such a wide range of emotions in the length of a minute. Our hearts can stretch in so many ways at once.

I was going to post about something else entirely but thinking about life made me look back on the past year. I was looking at old posts and decided to do a before and after because, really, it's a chronicle of my 2013. And it's much more colorful than 2013 spent in the Infusion Room, right? And all those pesky blood transfusions? Dull. Always red, no variety.

Besides, my passion for painting furniture is a major part of my own fight.

My card catalog table (which I regret selling) started out ...... 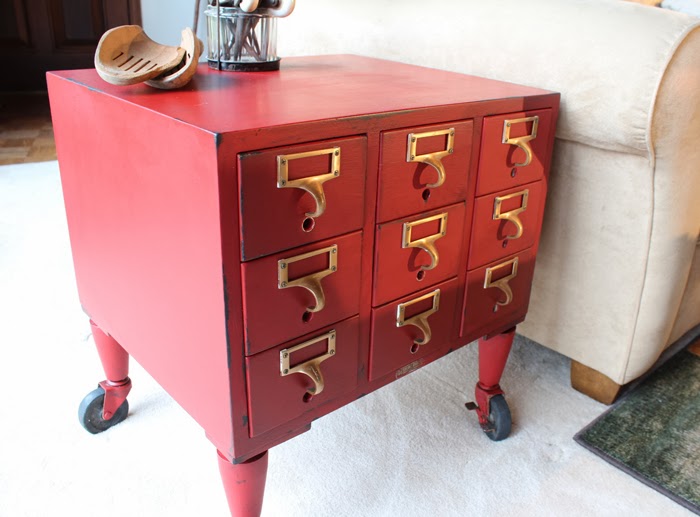 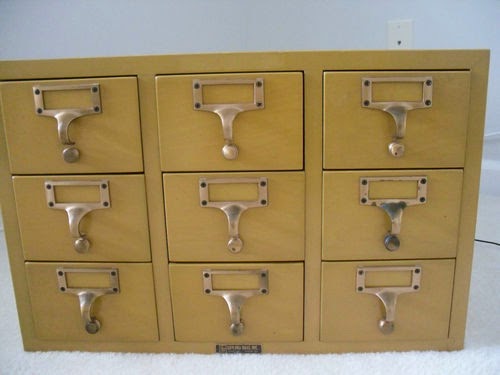 My tuxedo high-boy started out .... 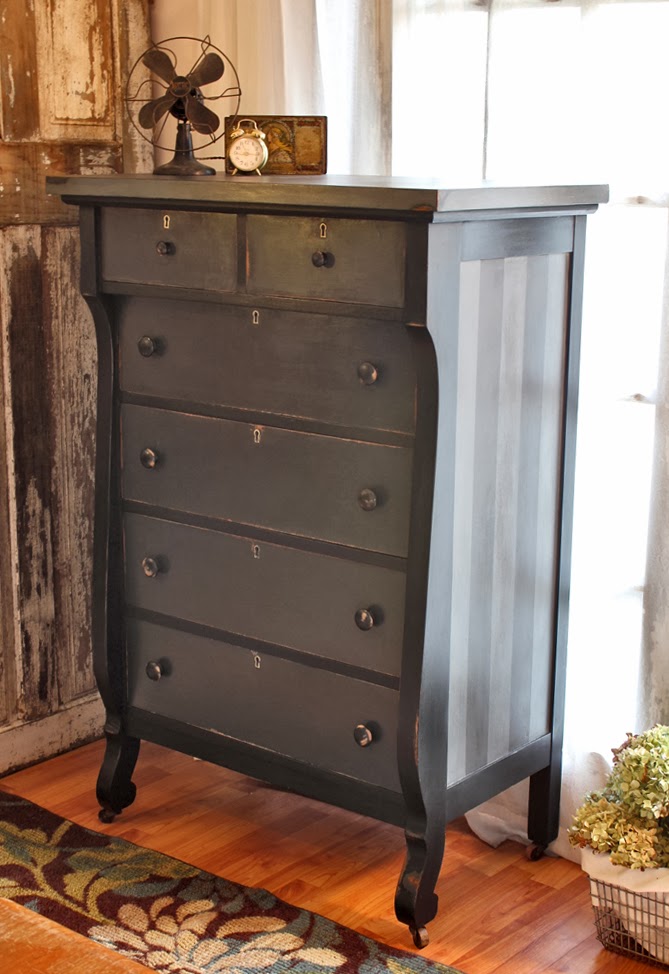 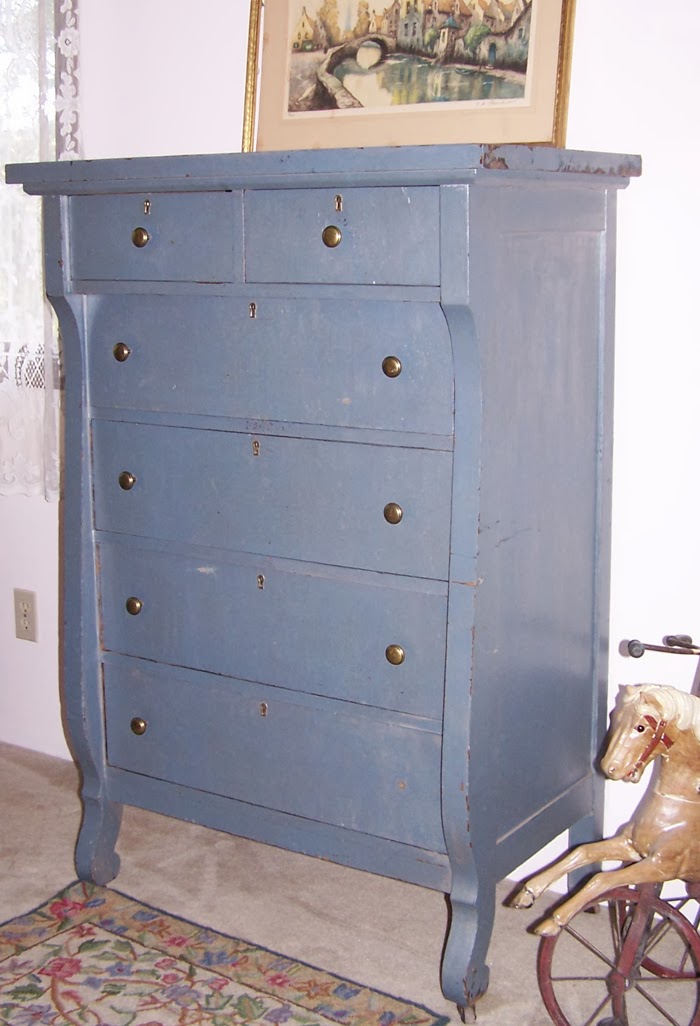 "Who you gonna call?" Walter looked like a cartoon ghost..... 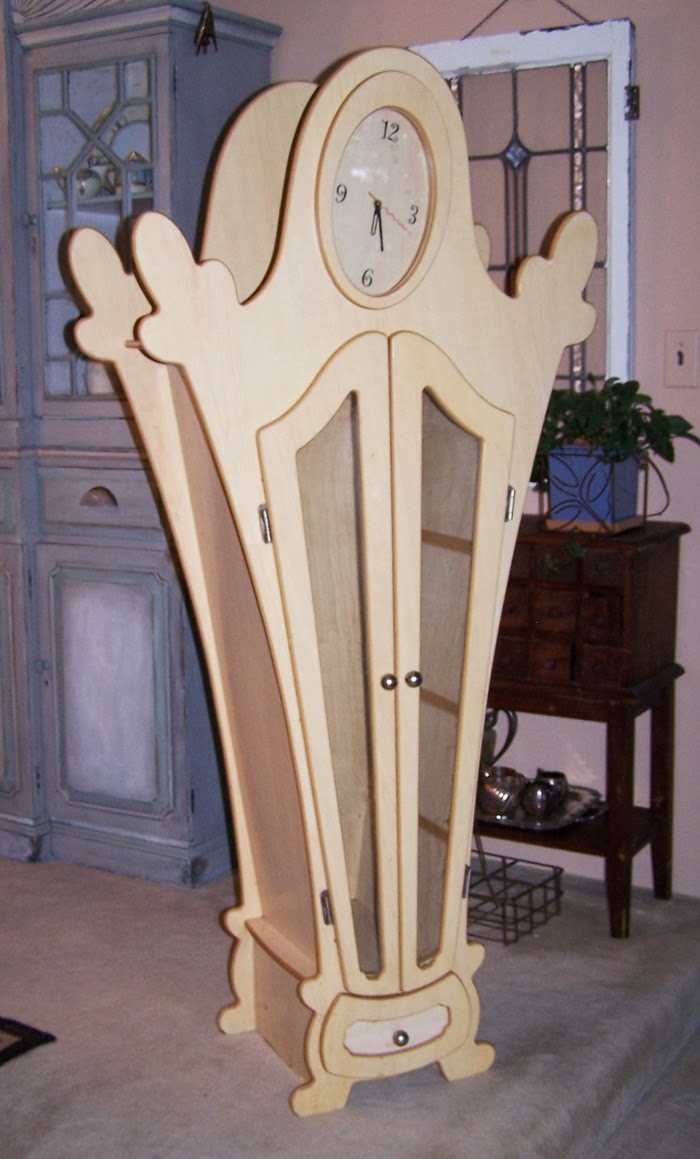 Who could ever forget Walter? I still overhear people referring to my booth as "where that clock was." He's another piece I wish I could have kept but there was just nowhere to put him. 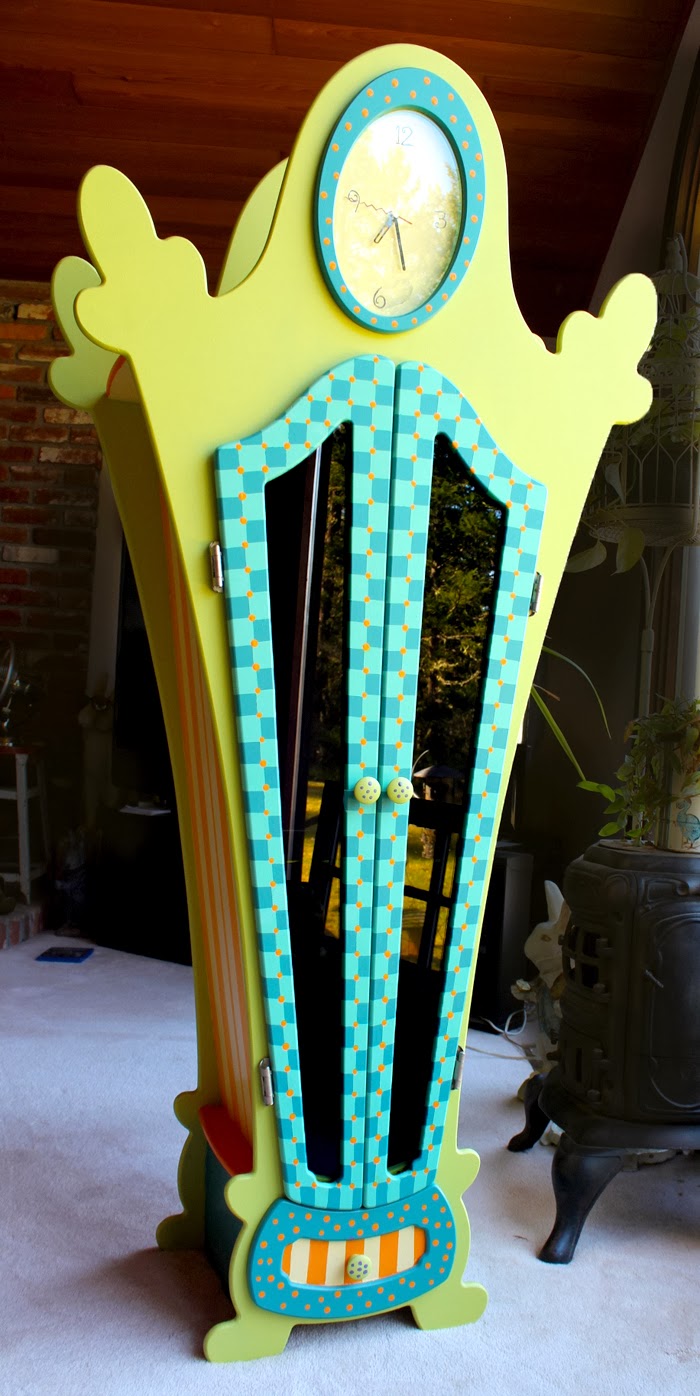 I called this old, old, old jelly cabinet 'My Nemesis' and for good reason. Everything on it fell apart as I worked on it and it took 9 days to get it finished. 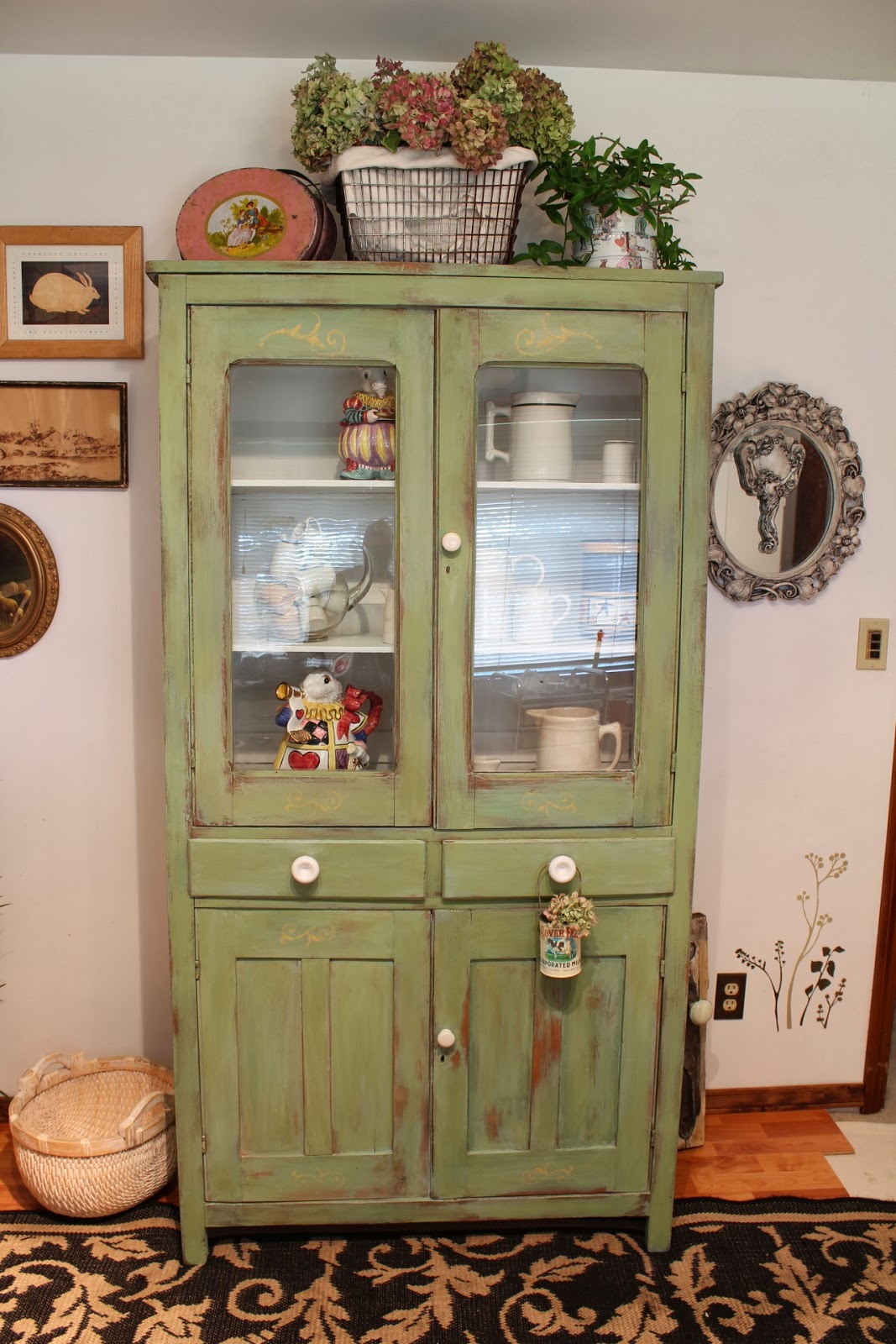 I learned a lot from this project. Never, ever buy a piece of furniture that has strapping tape around it. 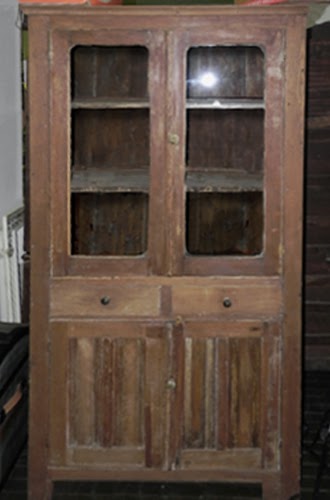 I fell in love with this really odd file cupboard .... 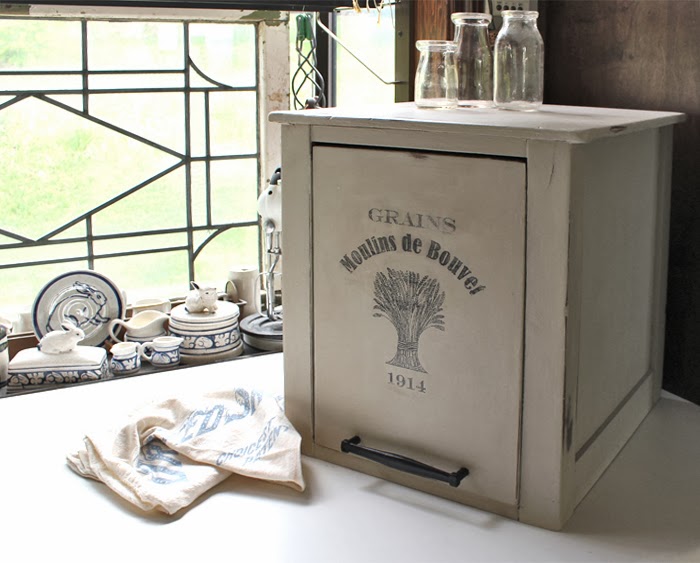 It started out dirty and awkward looking and became cute. 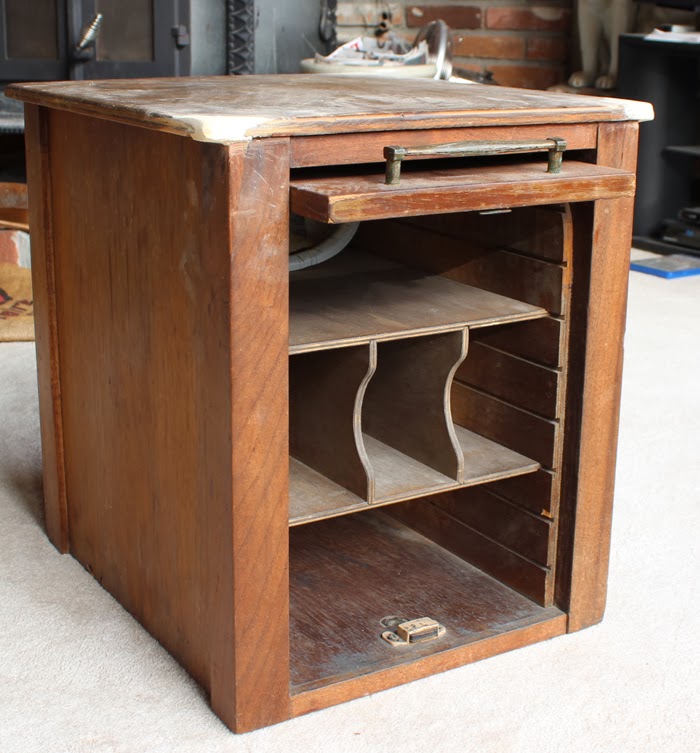 This was a nice little change ... 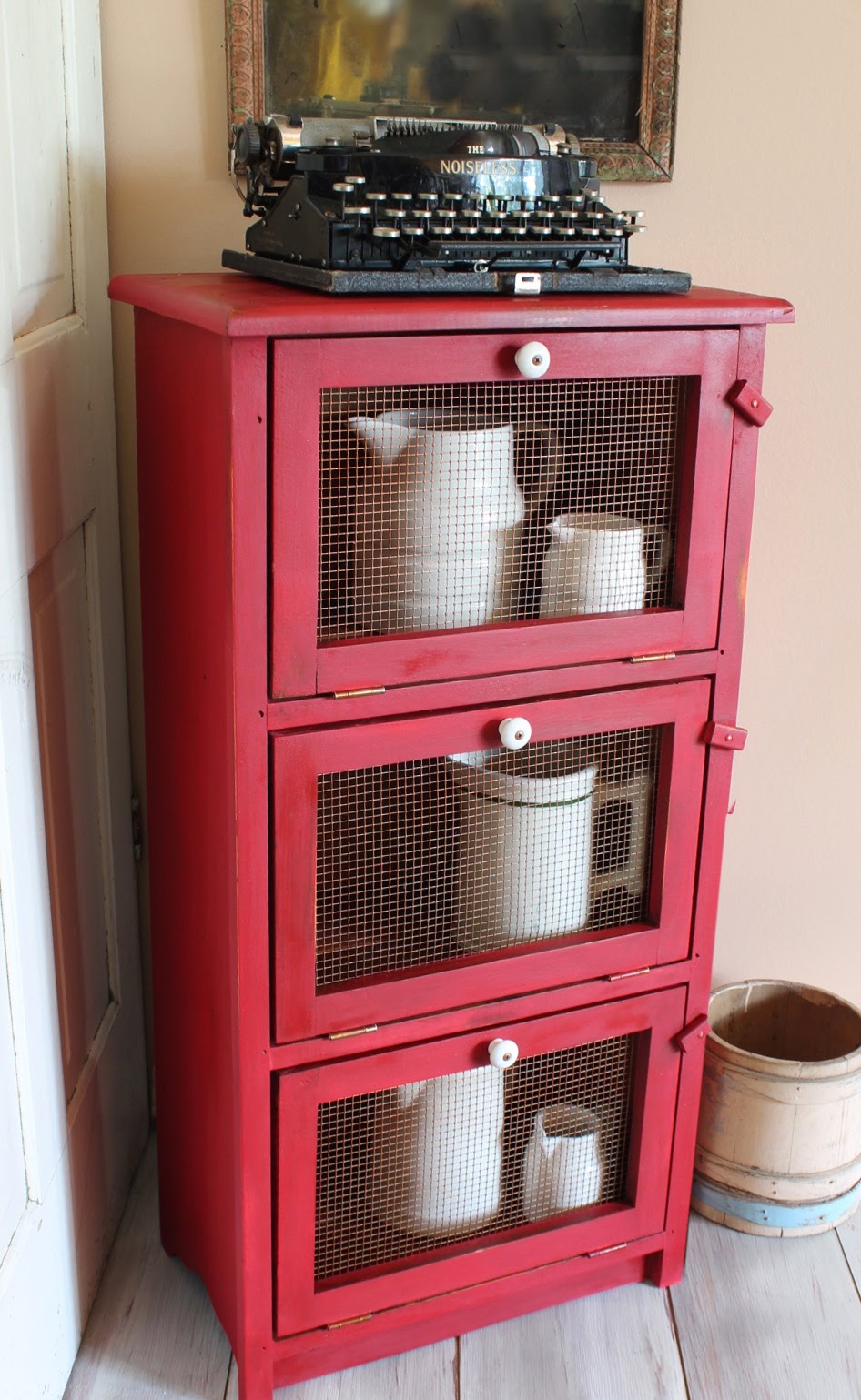 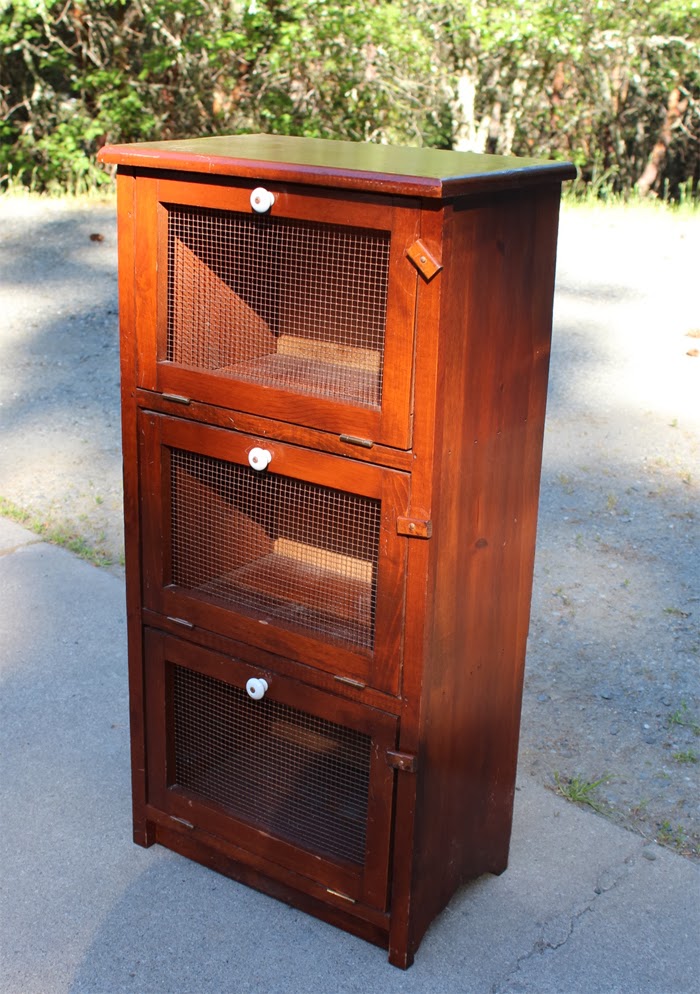 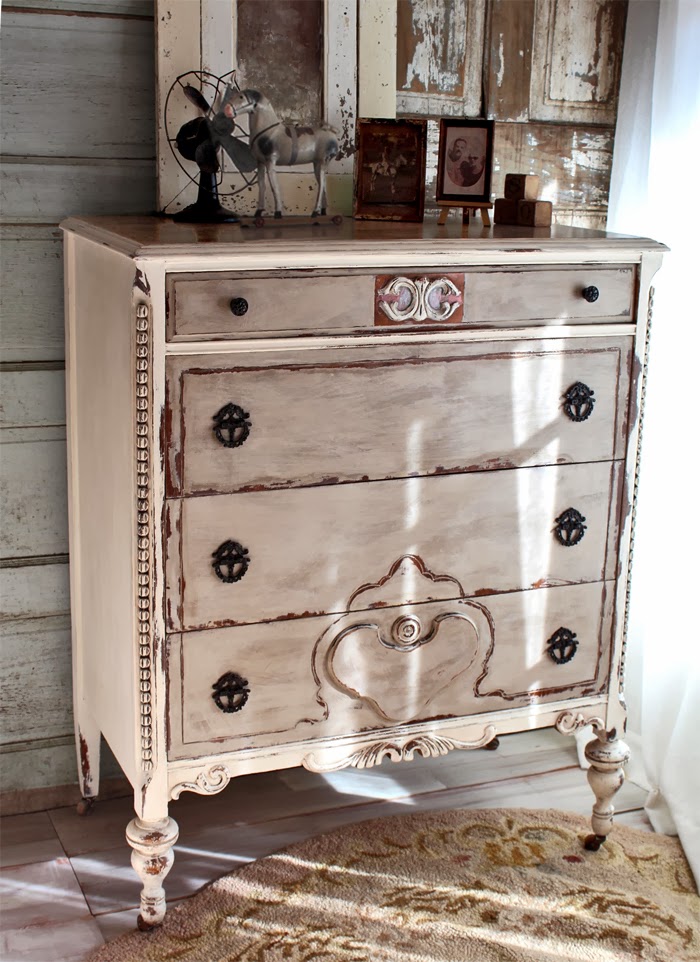 Mr. Bad Rabbit thought this was by far the ugliest thing I'd ever dragged home. Maybe, but the joke was on him after the transformation! 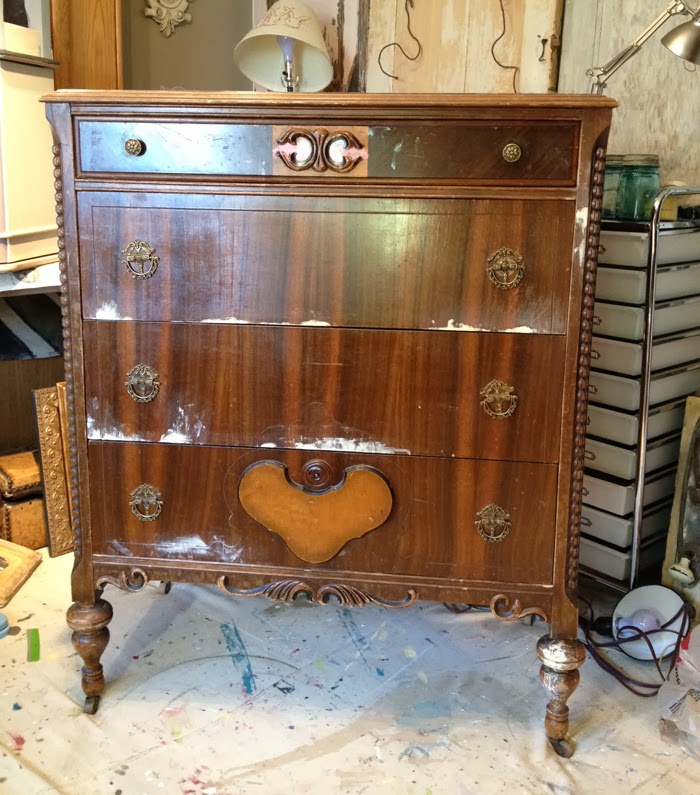 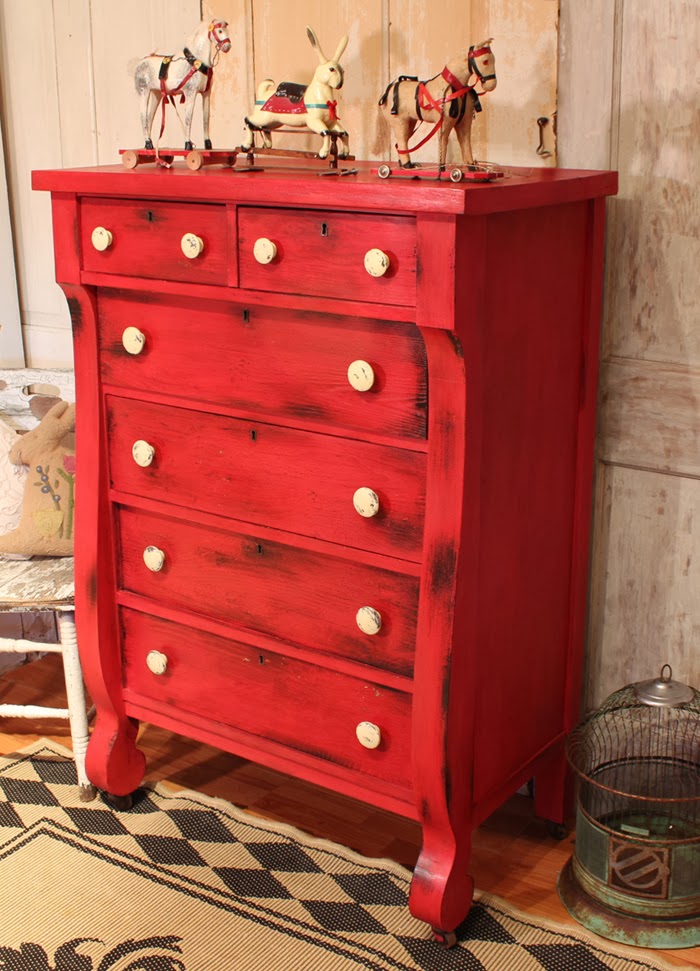 It's upside-down because the top was soooo warped. It stayed this way for about a year. 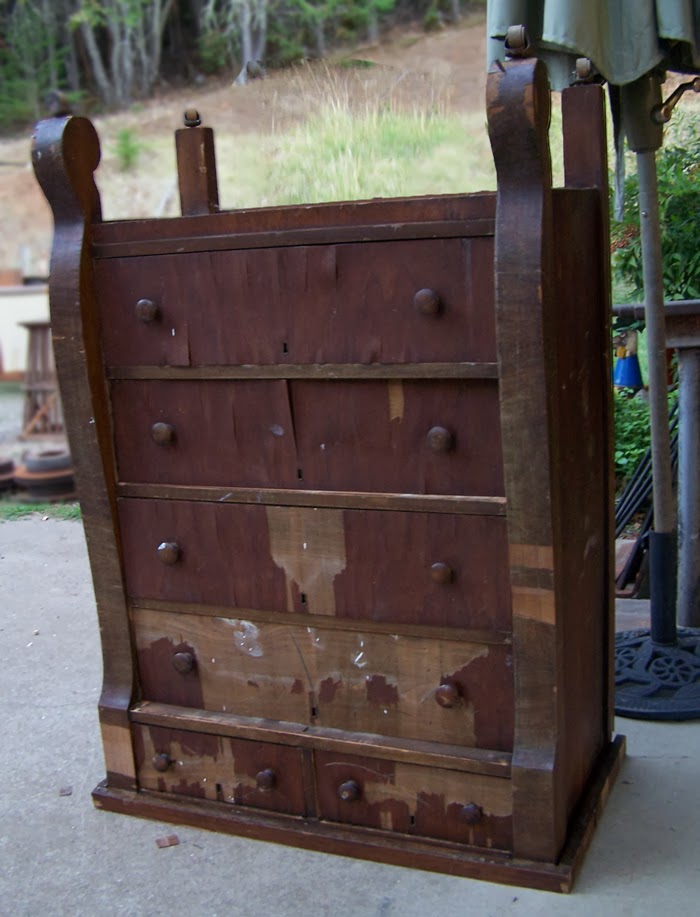 I kept this one. Mine. 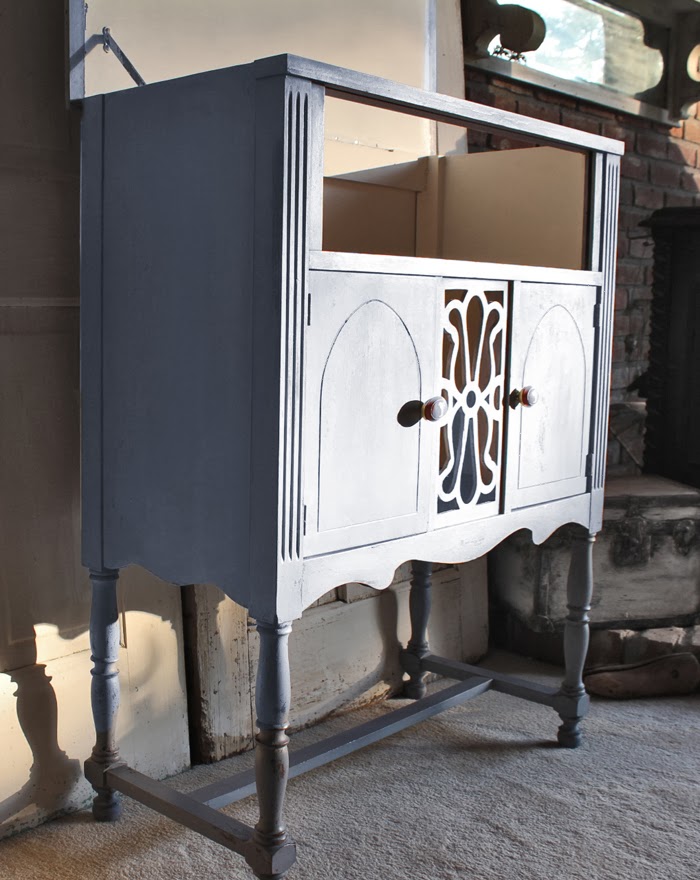 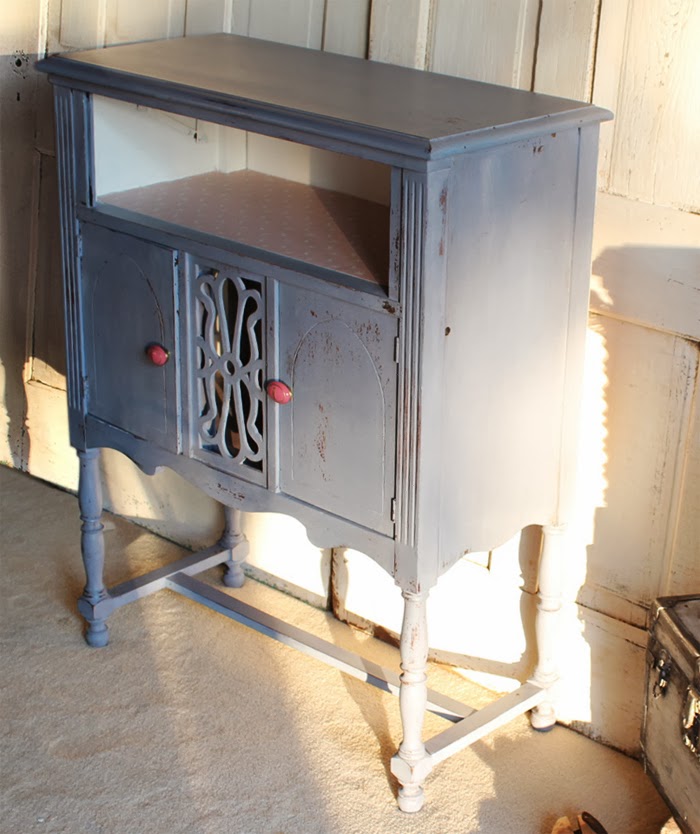 When I brought this home Mr. Bad looked at me like I'd lost my mind. The picture doesn't show what bad shape this cabinet was in. The whole thing jiggled and wobbled and veneer was peeling off. 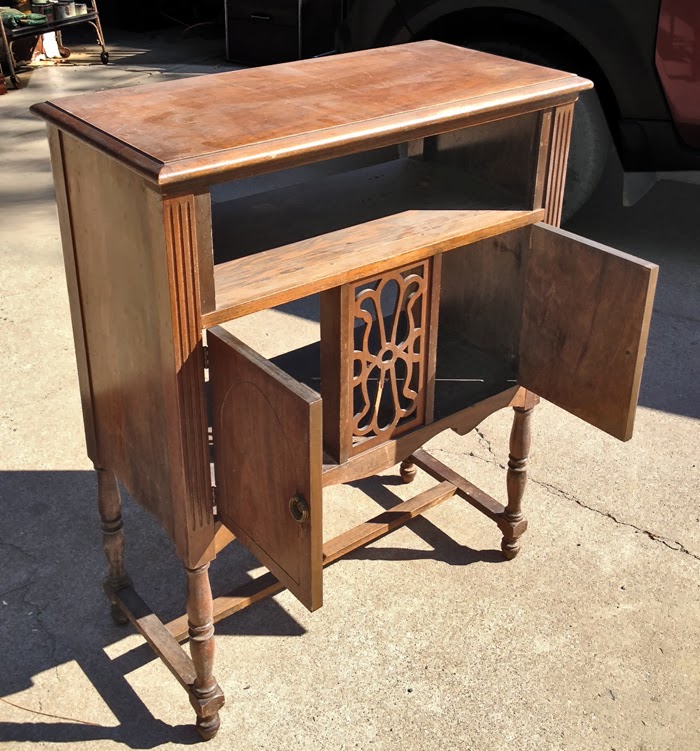 I love empire furniture and this secretary was meant to be mine. Except it's not. I sold it. 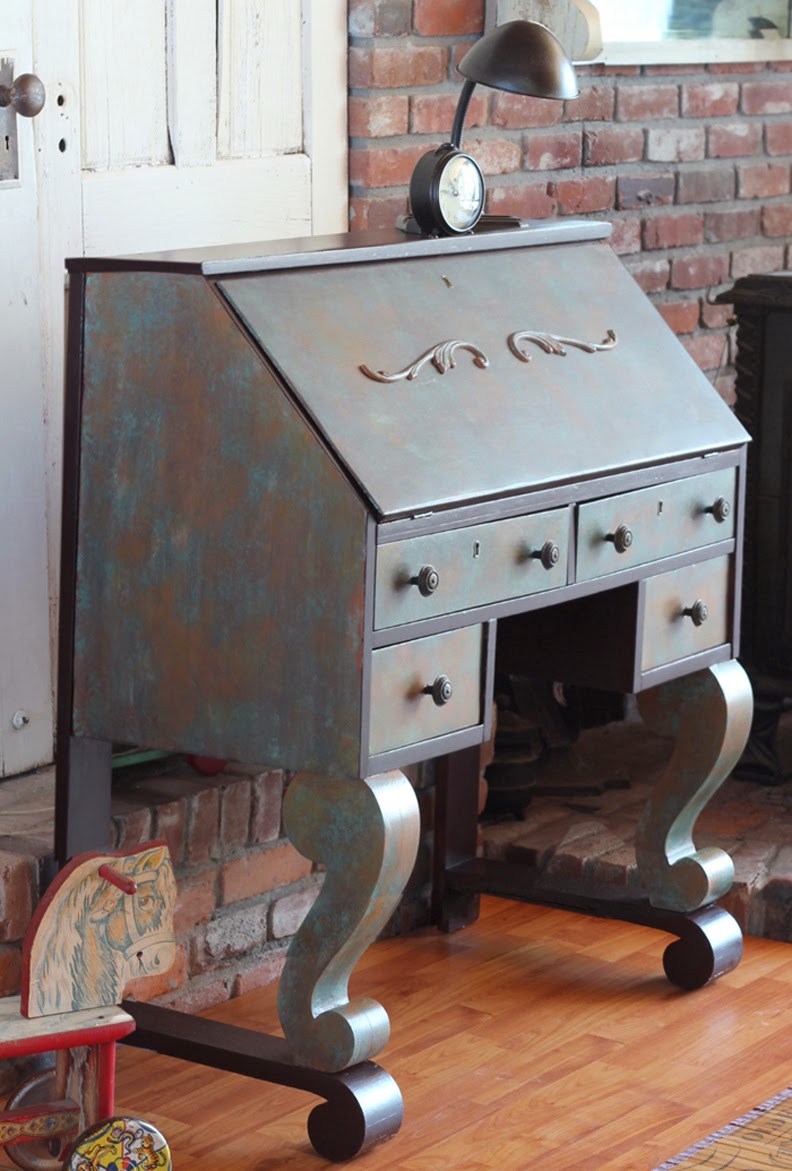 Ick. Can you imagine? Who would even attempt this? I thought I'd be taking off veneer for the rest of my life. 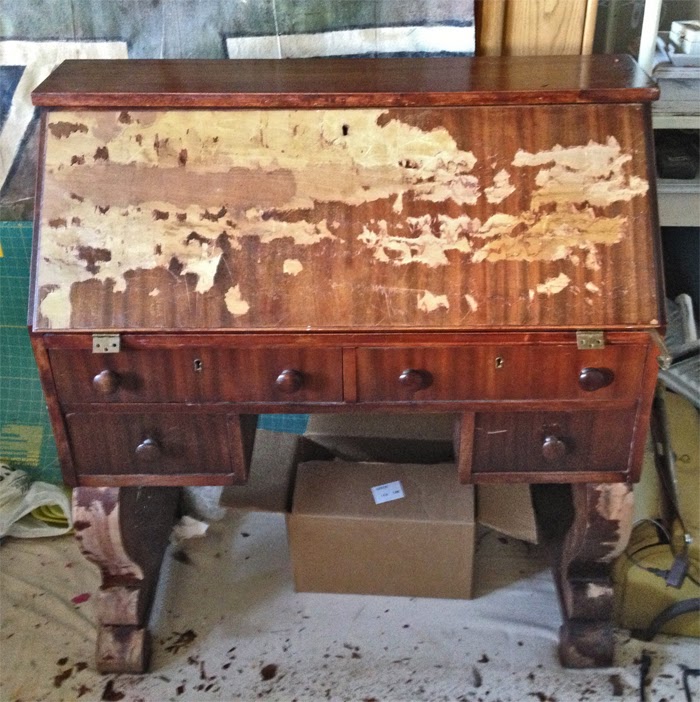 I'm off to a slow start this year. I haven't been painting much furniture, instead I'm doing windows and doors. And frames. It's nice to slow down just a little.

Oh, and I started needle-felting! A post is coming soon.