or maybe it's worcestershire sauce.

Who knows? They both gave me a run for my money recently.

At the local once-a-month flea market a vendor told me of another furniture painter who used soy sauce as a glaze. She also used car wax instead of furniture wax. I'm always eager to try something new so I picked up some Turtle Wax on the way home. 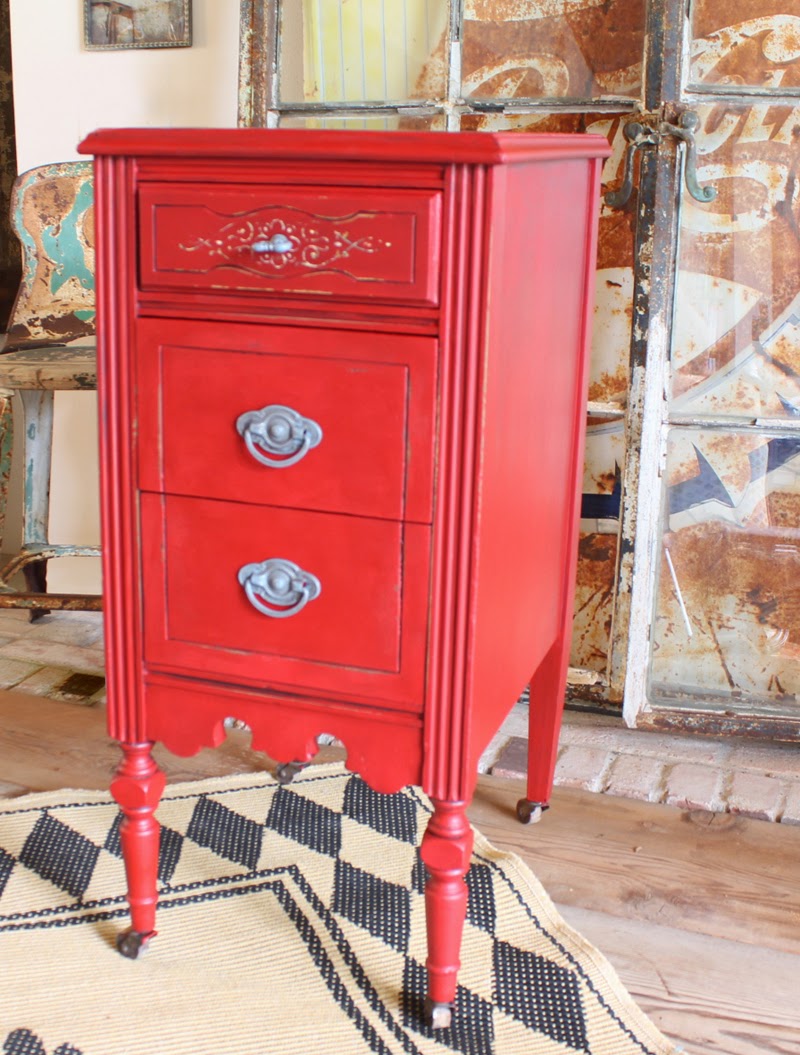 This is one end of a vanity. I take vanities apart and make the ends into side tables. There are a lot of wood pieces that need replaced when doing this. And a lot of wood filler gets used. A lot. But the end result is worth it.

I had two red pieces done and ready for glaze so I tried using soy sauce. Bwah ha ha ha ha. Maybe cornstarch is supposed to be mixed in? I dunno. Whatever the case, the soy sauce stuck to the paint just like water. Wipe wipe, dab dab. Wipe wipe, dab dab. And so the minutes turned to days and the days into weeks .....

Remember in Indian Jones, the scene where the last of many swordsmen came at Indy and all exasperated he just drew his gun and shot the guy? Well, after my last wipe wipe I put regular old glaze on the little cabinet and called it a day. 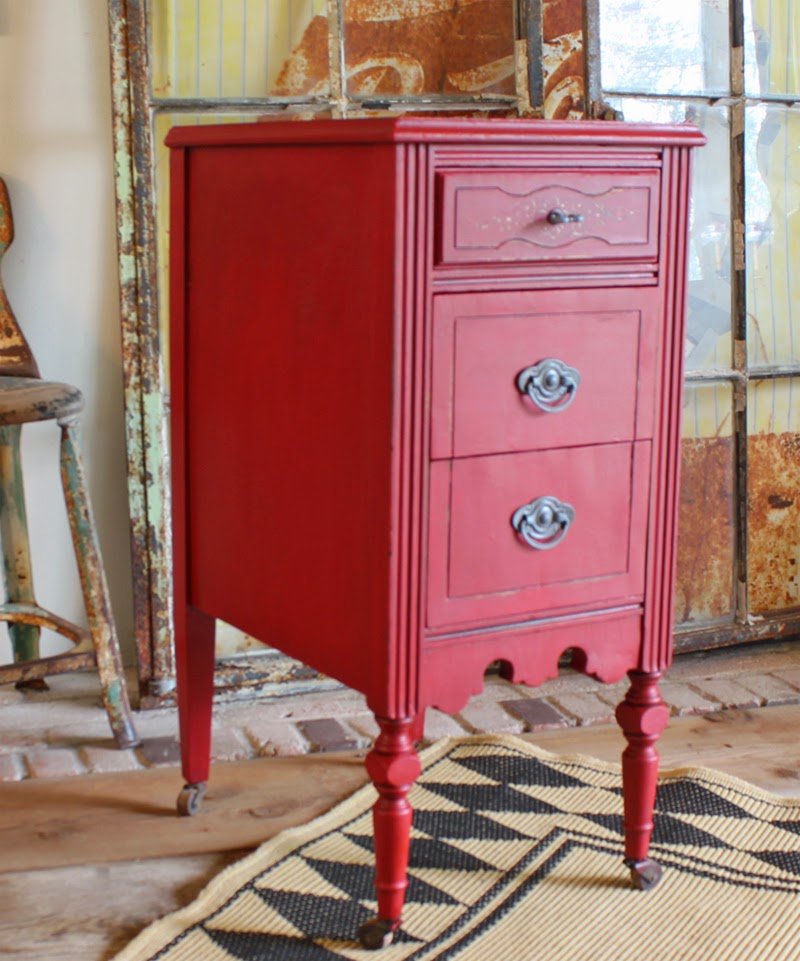 Are those not the cutest little casters? 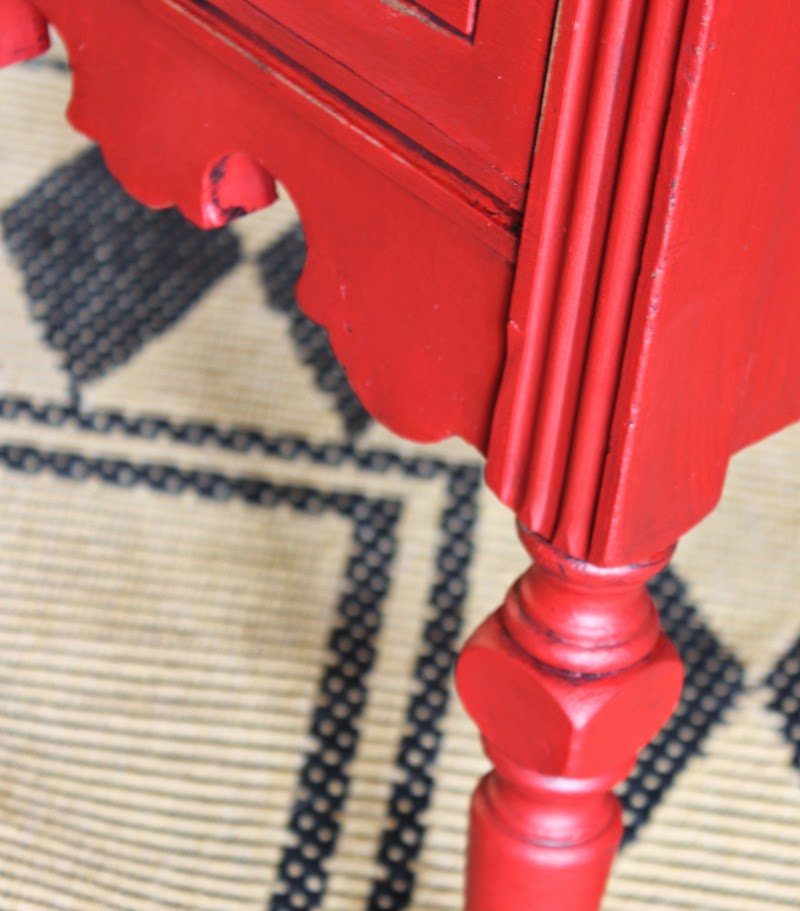 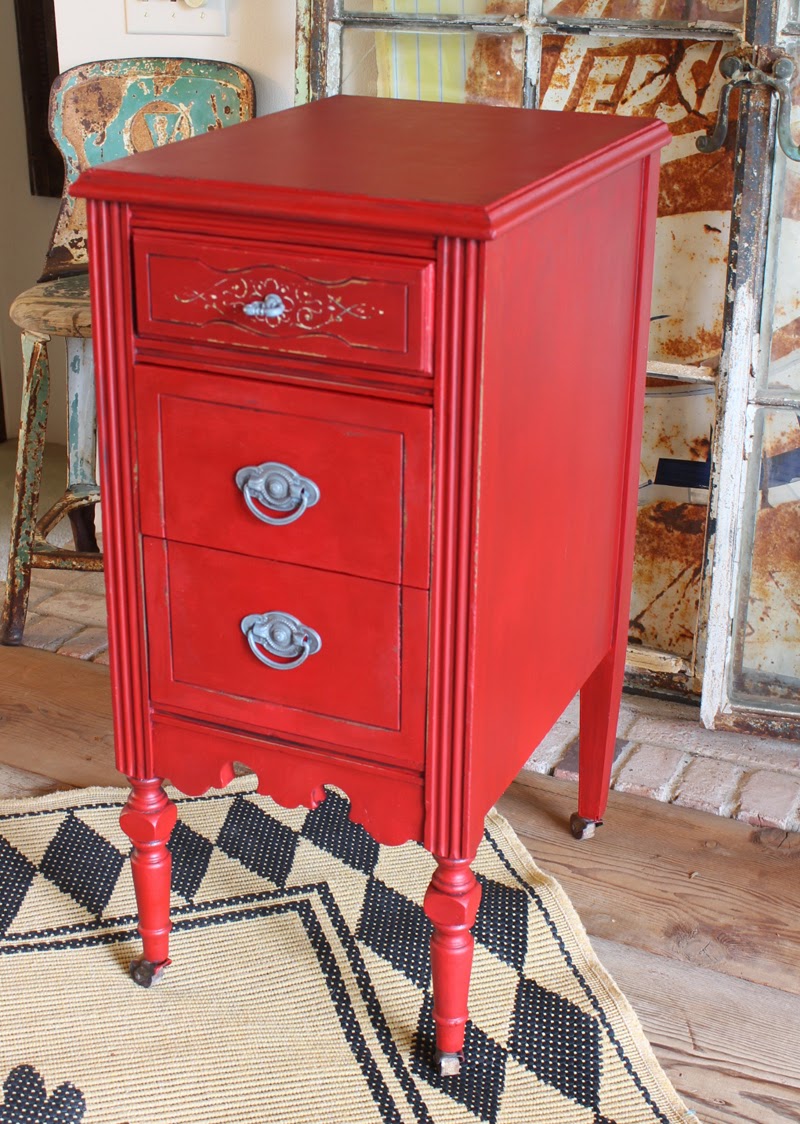 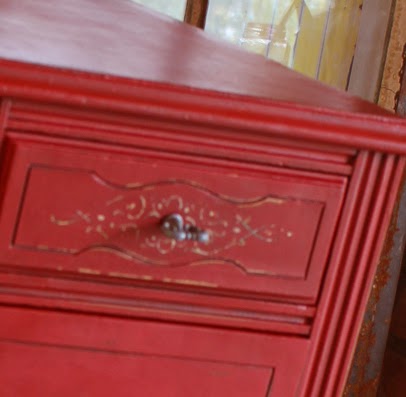 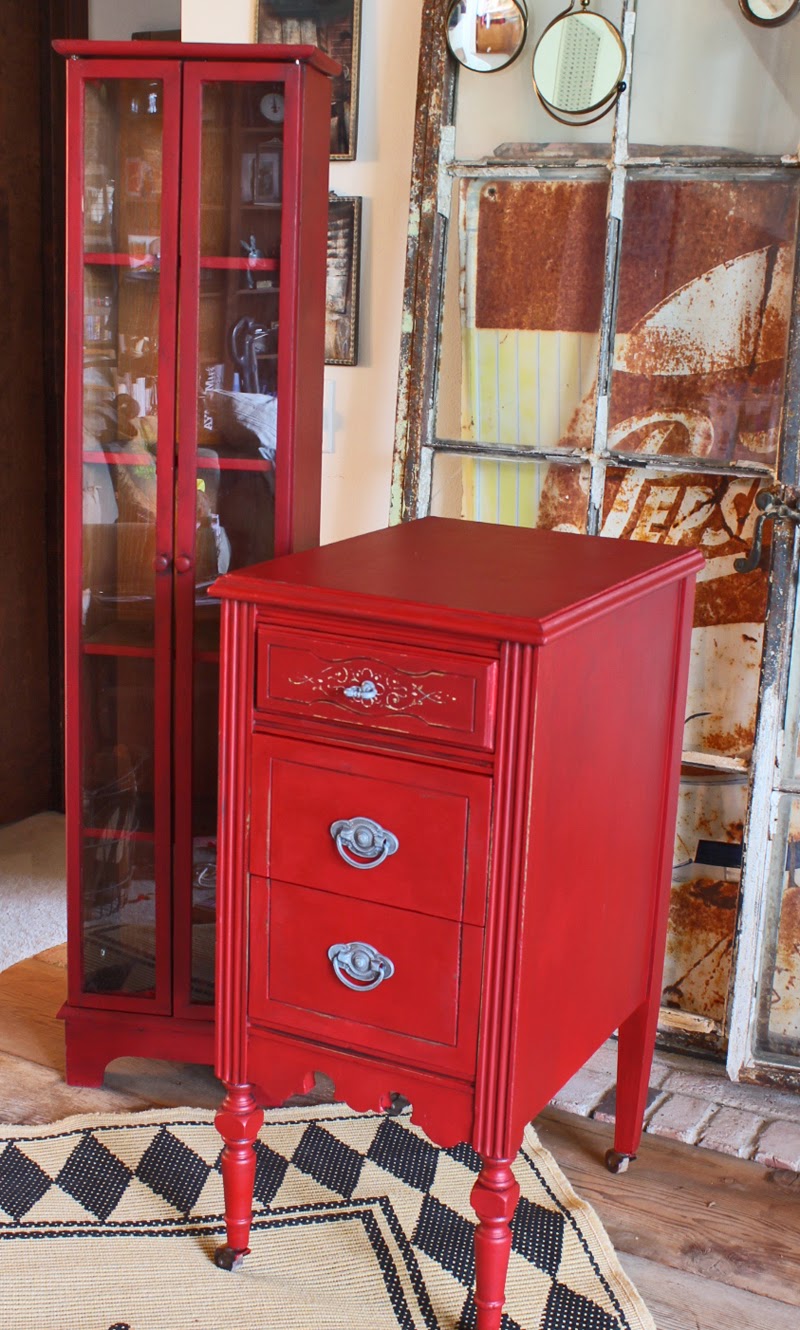 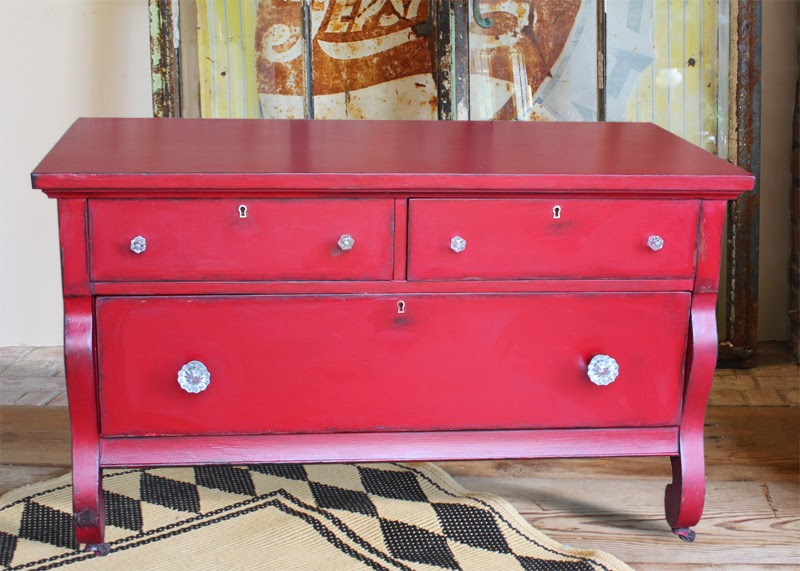 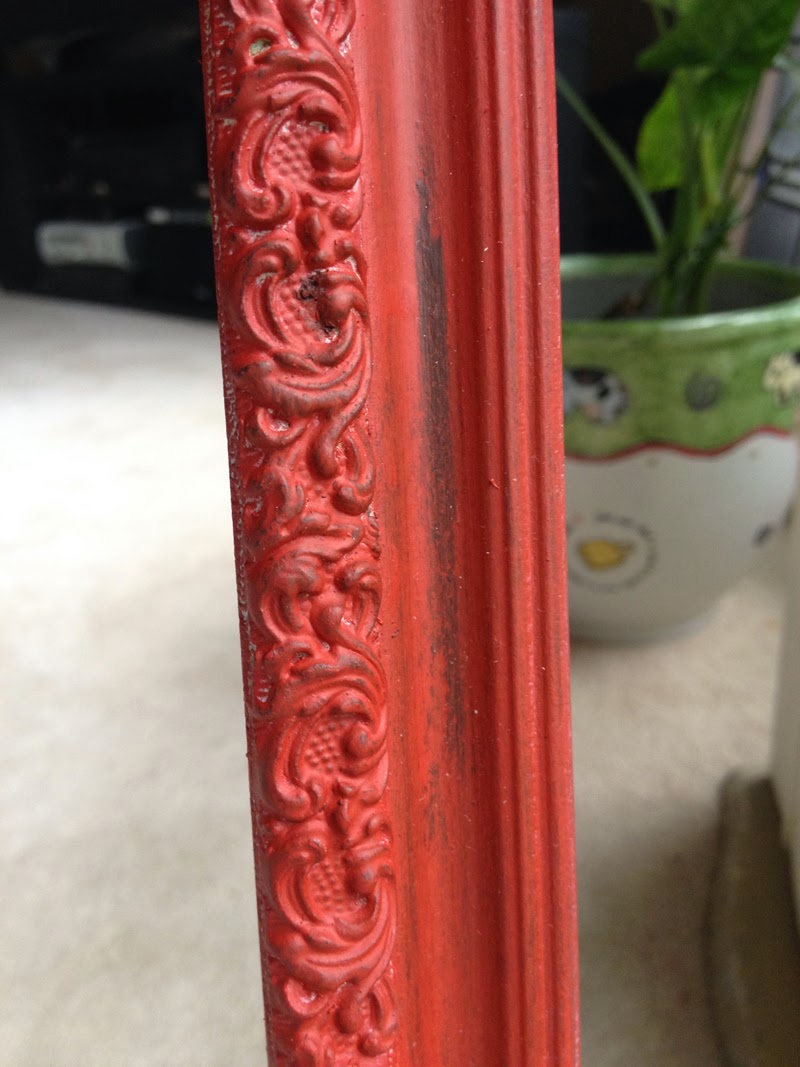 I knew I was in trouble when I caught one of the kitties licking the frame. I washed it in the sink three times to no avail. It was still stinky. 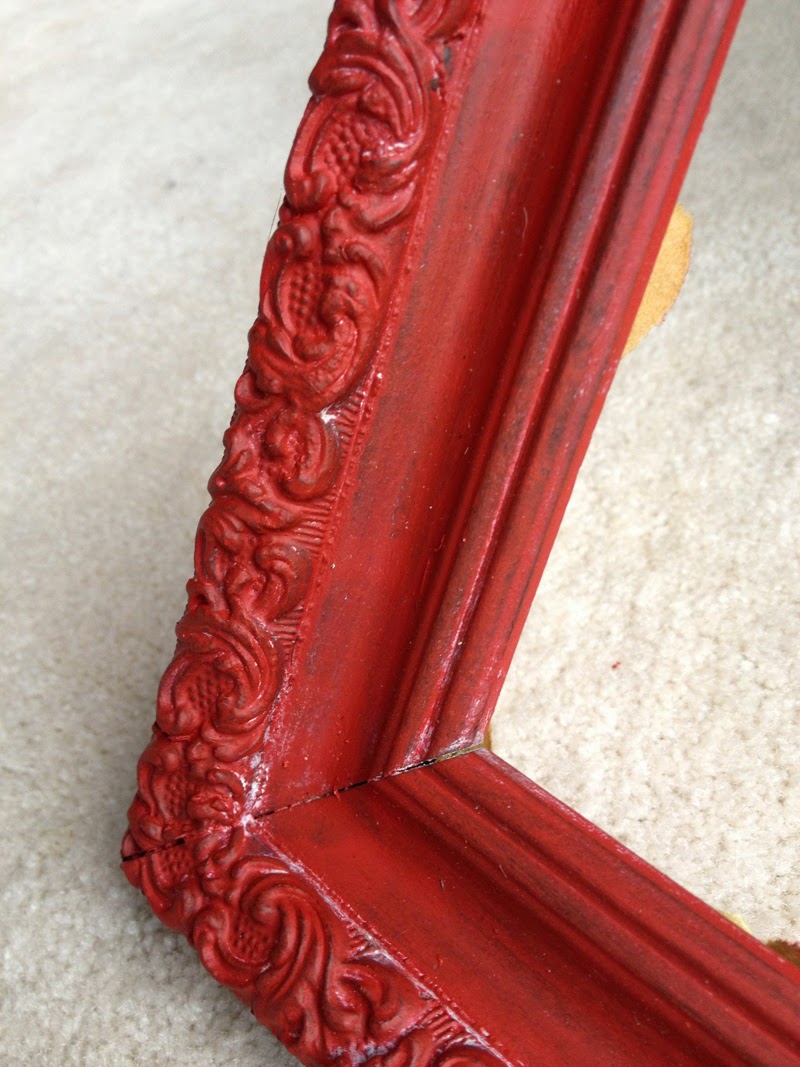 The white residue? That is dried Turtle Wax and I'll have to brush it out. The wax didn't work so well on the red frame, but I had another thought that might work better. I had painted a frame with Annie Sloane CoCo and It was a nice flat neutral color. Just right for a Turtle Wax test. 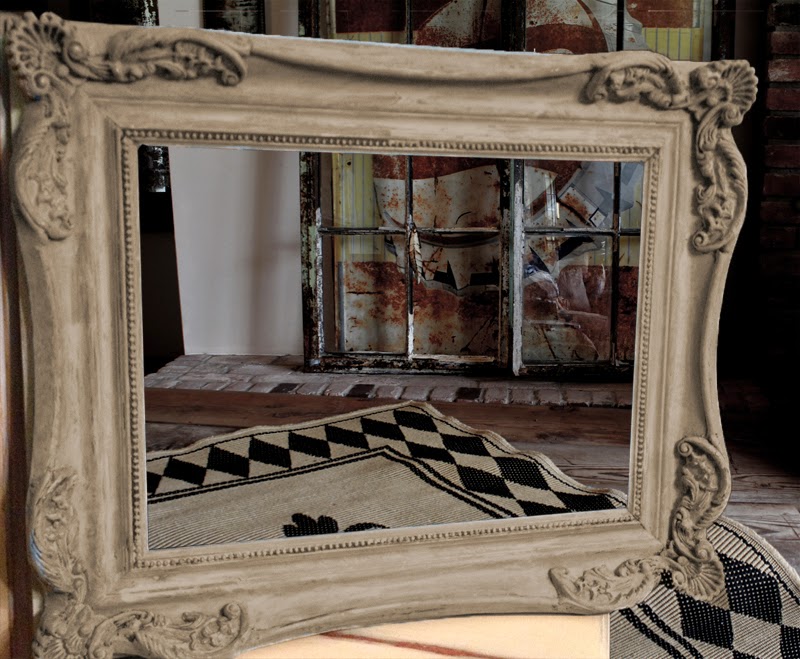 I brushed wax on and made sure to get into the nooks and crannies. I set it aside until the next day.
Then a pleasant surprise! 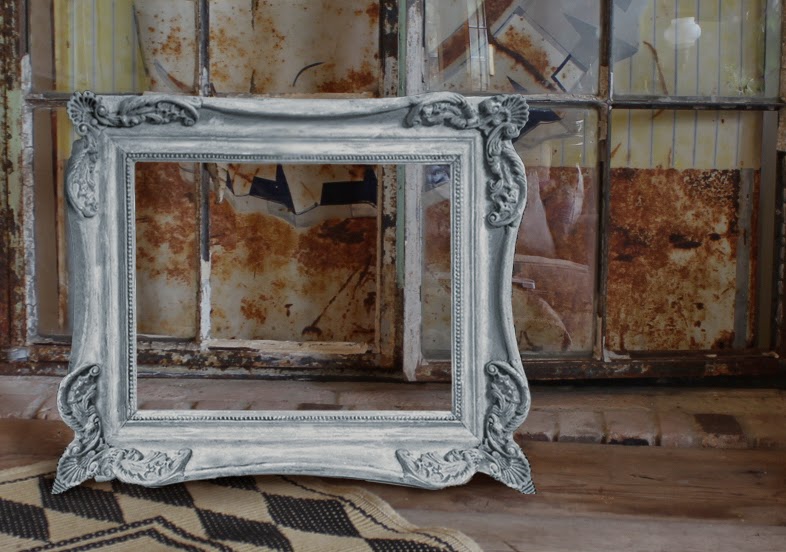 The wax worked as a patina. The whole frame looked like it was oxidized by the elements. It's pretty awesome. I'm going to try Turtle Wax on a gold frame and see what happens. 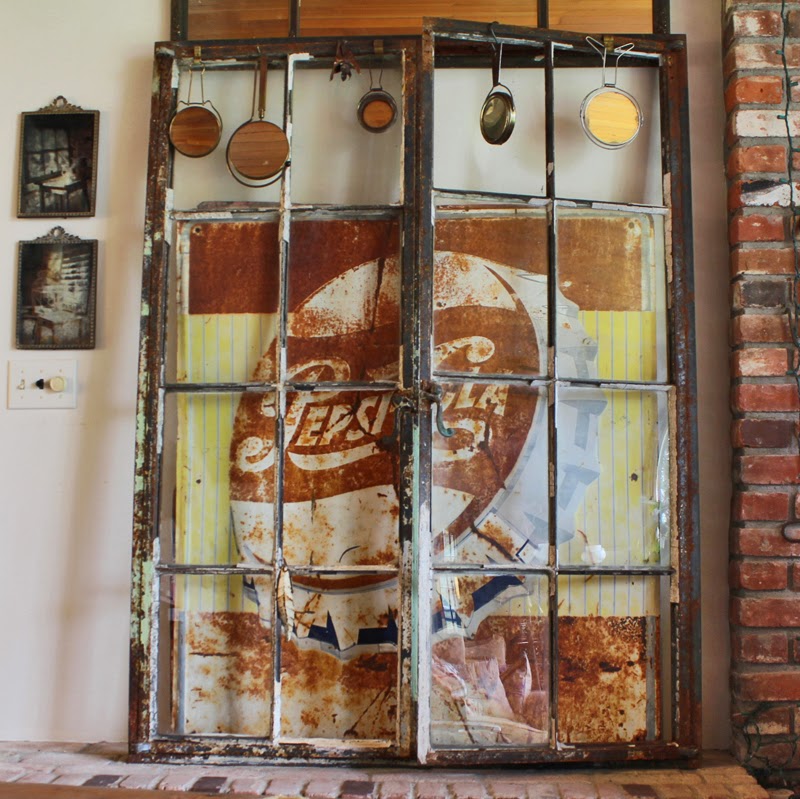 Did you notice the new background? I've done really well on my junking expeditions lately!