Well, it's not without a certain charm.

The most bizarre thing happened at an estate sale I went to on Thursday. The house was situated on a very steep hill off of an extremely narrow, one lane road. We all had to park as best we could, avoiding the ditch. 10 minutes after the sale began, the police were out ticketing all the cars for illegal parking.

It was pretty amusing.


However, that is not what I wanted to post about - but maybe someone should do a link party for posts about weird sales.
I know I've some stuff to share.


So. Back to furniture.

My taste is eclectic to say the least. I like things that are so different it's hard to imagine they belong to the same person. I often don't know why I like something I just do and I've always thought there must be some commonality that I don't see on a conscious level.

As I was contemplating this post and rewriting the drafts I started
to see the pattern ....


Which is good because now I understand why I came home
last week, with ..... 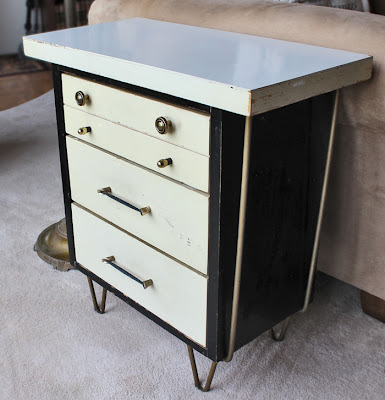 I mean, I don't even LIKE mid-century modern. It goes with NOTHING in my house. This thing is a total orphan. There's not even a spot for it. It's in the way! Yet, I had to have it and home with me it came. 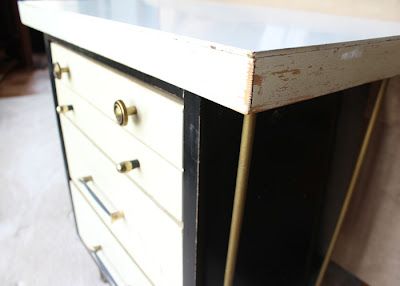 It IS kinda cute. 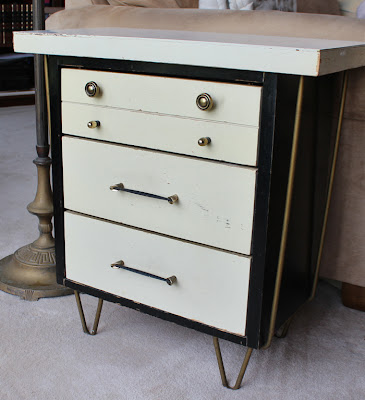 It has a certain charm. 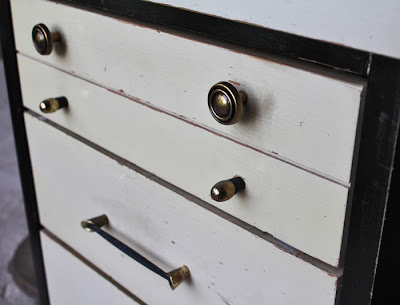 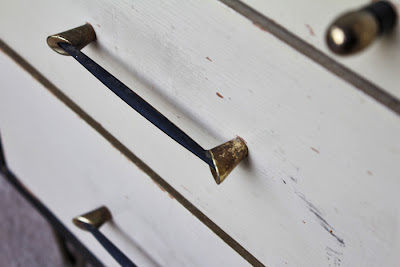 However, maybe the pulls can be salvaged. 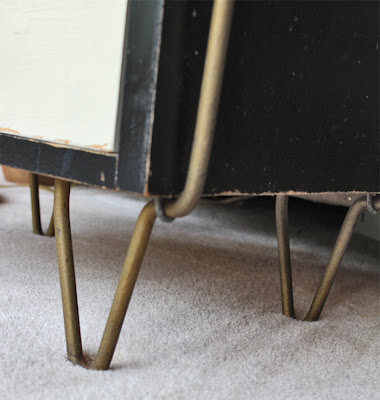 The cutest little feet EVER! 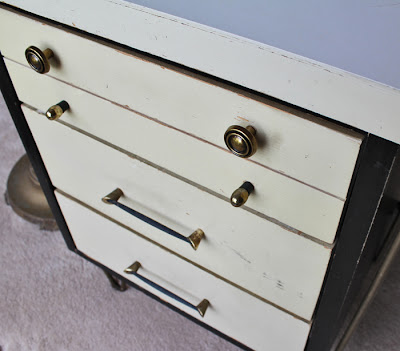 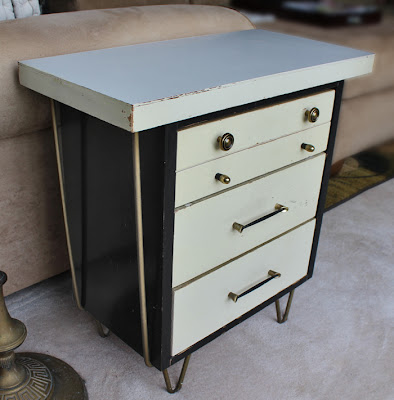 It looks like a cartoon character and probably sneaks around in the night.

And the other little tables I love probably sneak around, too ...


Well, I guess that's what it is then. The mystery is solved. 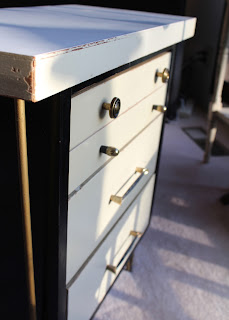 I own a mid-century modern table because it looks like a
Wee Little Creature.

Huh. Just like those sneaky architect desk lamps. Maybe Pixar should do a movie with cute little tables as the protagonists. 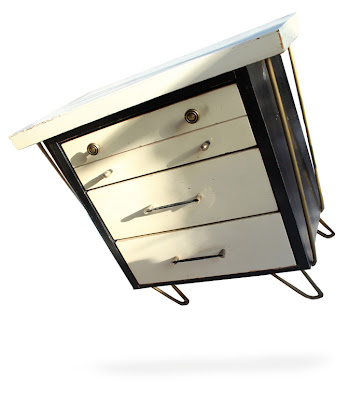 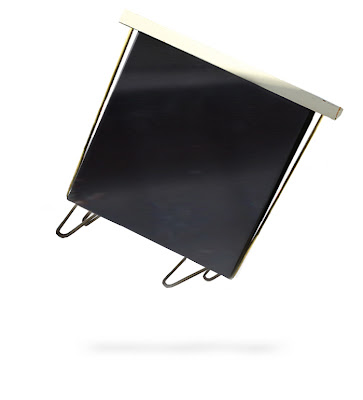 Posted by Daena from Bad Rabbit Vintage at 7:45 PM